Both the sides have named their respective squads for this game.

The second match of the ongoing Big Bash League (BBL) 2019-20 will see the last season’s semi-finalist Sydney Sixers facing off the Perth Scorchers who finished at the last position. The Scorchers managed to win only four matches out of 14 last time around and will hope for a better show this season. Their skipper Mitchell Marsh has recovered from his wrist injury on time while Jhye Richardson is also fit and raring to go.

The Sixers, on the other hand, will miss the services of Steve Smith and Nathan Lyon who are featuring in the Test series against New Zealand. However, they have James Vince at the top of the order along with Josh Phillipe while Moises Henriques and Jordan Silk in the middle-order. It certainly is going to be the Sixers’ batting against the Scorchers bowlers comprising of Richardson, Chris Jordan among others at the SCG.

The weather in Sydney will be absolutely fine on Wednesday with no chances of rain whatsoever. The sun will be out for a whole day and the temperature will hover around 22-24 during the action in the middle. As far as the pitch is concerned, it should be a flat track with this being the start of the season. Spinners also might come into the game in the second innings but the ball might not turn a lot.

Daniel Hughes and Phillipe will open the innings for the Sixers while Vince should bat three, much like he did in the MSL. Henriques and Silk have the ability to rotate the strike and they will take care of keeping the scoreboard ticking in the middle overs. The bowling attack comprises of Tom Curran, Sean Abbott, Steve O’Keefe and Ben Dwarshuis. Ben Manenti is also an impressive bowler and should come good.

For the Scorchers, there might be a toss-up between Josh Inglis and Livingstone to open the innings along with Cameron Bancroft. Turner is the heart of this line-up and the onus will be on him to stabilise the innings and up the ante if needed. The skipper Marsh might be rusty as he is coming back from injury.

Ashton Agar will play a huge role for the Scorchers this season and the way he has been bowling off late should keep the left-arm spinner in good stead. He is no mug with the bat either. Jordan and Richardson will lead the bowling attack with Fawad Ahmed and Matt Kelly being the other bowlers. 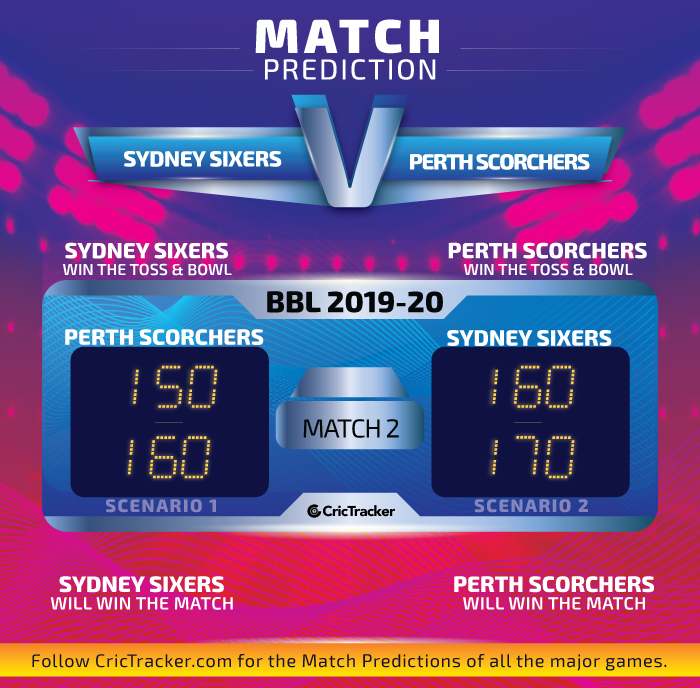