Ashton Agar is not available for this game as he has been picked in Australia ODI squad for India tour.

Brisbane Heat have gained some momentum in the New Year and have won three matches on the trot in the ongoing BBL season. They now travel to Perth to face the Scorchers in match 32 of the tournament. The Chris Lynn-led side is currently at the third position in the points table with four wins and three losses in seven matches. The team would love to carry their winning momentum in the second half of the season even as AB de Villiers is soon set to join them.

The Perth Scorchers, on the other hand, have two out of their last three games. They are at sixth place in the table with three wins from seven matches. They will have to be consistent enough to make it to the top four and their skipper Mitchell Marsh will be hoping to do the same in the upcoming games. A confident win over the Melbourne Renegades should keep the Scorchers in good stead coming into this encounter.

The weather is absolutely perfect for the game of cricket to take place in Perth on Saturday. There is no chance of rain at all during the game. The temperature is expected to hover around 28-29 Degrees Celsius after 6 PM according to AccuWeather.

The surface at the Perth Stadium has been extremely good for batting this season. All three matches so far have witnessed scores of more than 170 in the first innings. However, chasing hasn’t been easy at the venue. The trend is expected to continue with the team winning the toss expected to bat first.

Ashton Agar is not available for this game as he has been picked in Australia ODI squad for India tour. Liam Guthrie has been included in Perth Scorchers’ 13-man squad.

James Pattinson has joined Brisbane Heat for this game. He replaces Mark Steketee in the 13-man squad.

Chris Lynn and Tom Banton continue to be dangerous for any opposition considering the form they are in. Cutting has also stormed back in from in all aspects of his game. Swepson is also a decent bowler and if the Heat bat first, he can be picked.

Jhye Richardson has found his mojo finally. He returned with the figures of 3/22 in the previous match. Livingstone (184 runs) is also hitting the ball well while Chris Jordan (8 wickets in 7 innings) can also play an important role. However, Mitchell Marsh has been in prime form for his team. He has scored 214 runs in 7 innings at a strike-rate of 138.06. 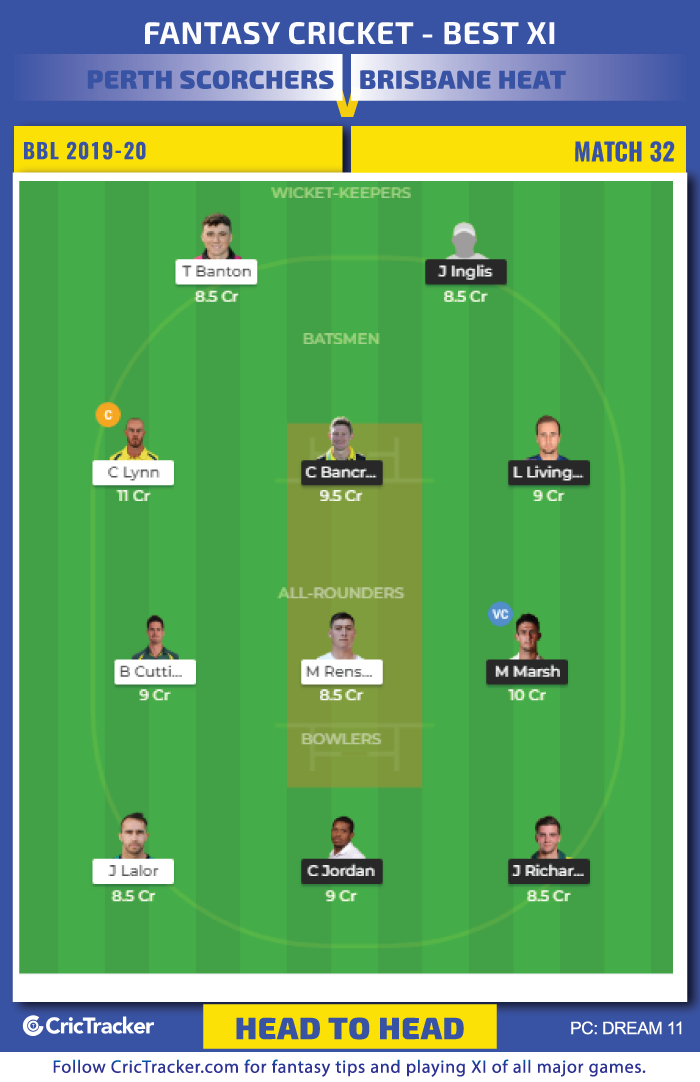 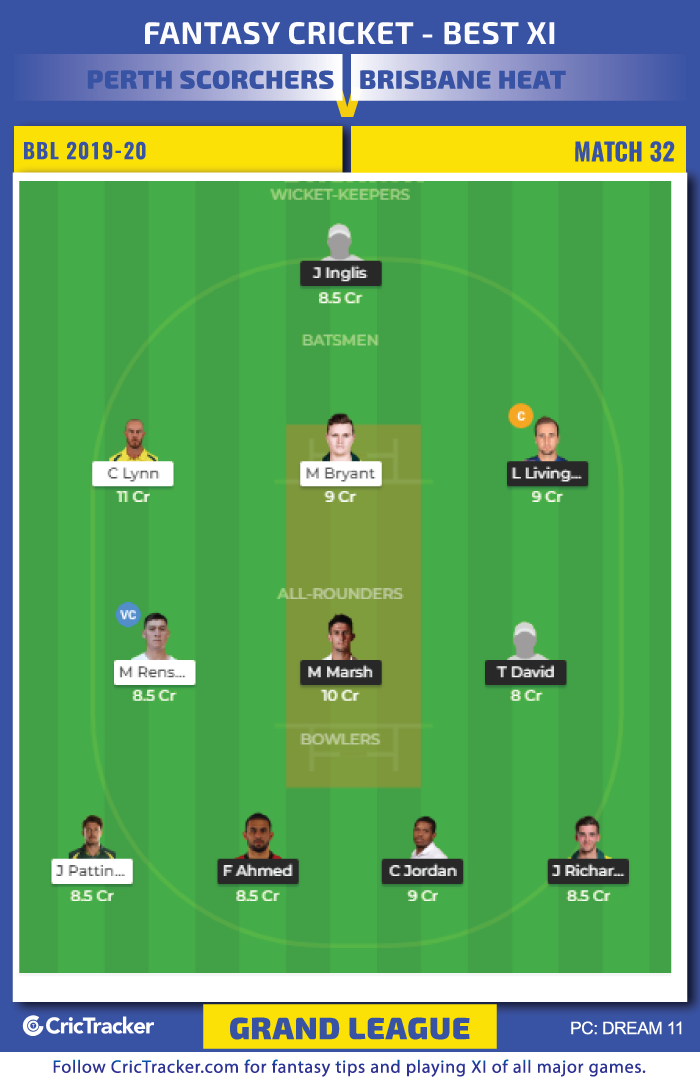 James Pattinson, if selected in the XI, will be playing a T20 game exactly after a year. He is a risky pick but can be selected in the Grand League Dream11 Fantasy team. He will most probably pick a wicket or two in the match.

Perth Scorchers are expected to win the match.