Consider picking spinners more in your Dream11 Fantasy as they are likely to have an impact in this match.

The 55th match of the 2019-20 Big Bash League will be played between Adelaide Strikers and Hobart Hurricanes at the Adelaide Oval in Adelaide.

Everything is at stake for both the teams in the match 55 of the ongoing BBL season. The Adelaide Strikers should win at any cost to grab the second place in the points table which will give them an extra chance to qualify for the final. On the other hand, the Hobart Hurricanes are in a must-win situation to have a chance of making it into the top five. Rather they would love to see Perth Scorchers losing to the Sydney Thunder in the game earlier in the day.

Hurricanes have momentum on their side having beaten the Thunder in their previous encounter by 57 runs. But it won’t be easy for them to go past the Strikers who have struck just at the right time in the tournament. They have won their last four matches and also defeated the Hurricanes earlier in the season by 10 runs. With a place in the playoffs at stake, this game will surely go close.

The forecast for this match is absolutely clear. It will be partly sunny in Adelaide when the game will get underway and there is no chance of rain at all. The weather will hover around 23-24 Degrees Celsius according to AccuWeather.

Last five matches at the Adelaide Oval has alternatively witnessed low scores and according to it, a tough pitch could be on offer. Batting first has been the preferred choice here but the pitch which has produced low scores has witnessed the side bowling first win the match comfortably.

D’Arcy Short opens the batting for the Hurricanes and also picked up a five-wicket haul in the previous game. Though he failed with the bat, Short has scored 248 runs in seven innings so far. Wright is in good form having scored a couple of half-centuries in three matches while Matthew Wade’s form also can’t be ignored. Nathan Ellis and Qais Ahmad (12 and 9 wickets respectively) will be crucial with the ball.

For the Strikers, Jonathan Wells has been the Mr Consistent with 429 runs in 12 innings (with 7 not-outs) and four 50+ scores. Jake Weatherald is having his best BBL season as well but he could be inconsistent in his trade at times. Philip Salt (290 runs at SR of 158.46) and Carey (324 runs in 9 innings) will be important with the bat as well.

In the bowling department, Rashid Khan, hands down, is the best. He has 18 wickets so far and has also scored 116 runs in 10 innings at the strike rate of 154.66. Along with him, Peter Siddle (17 wickets) can also make an impact bowling at the death. 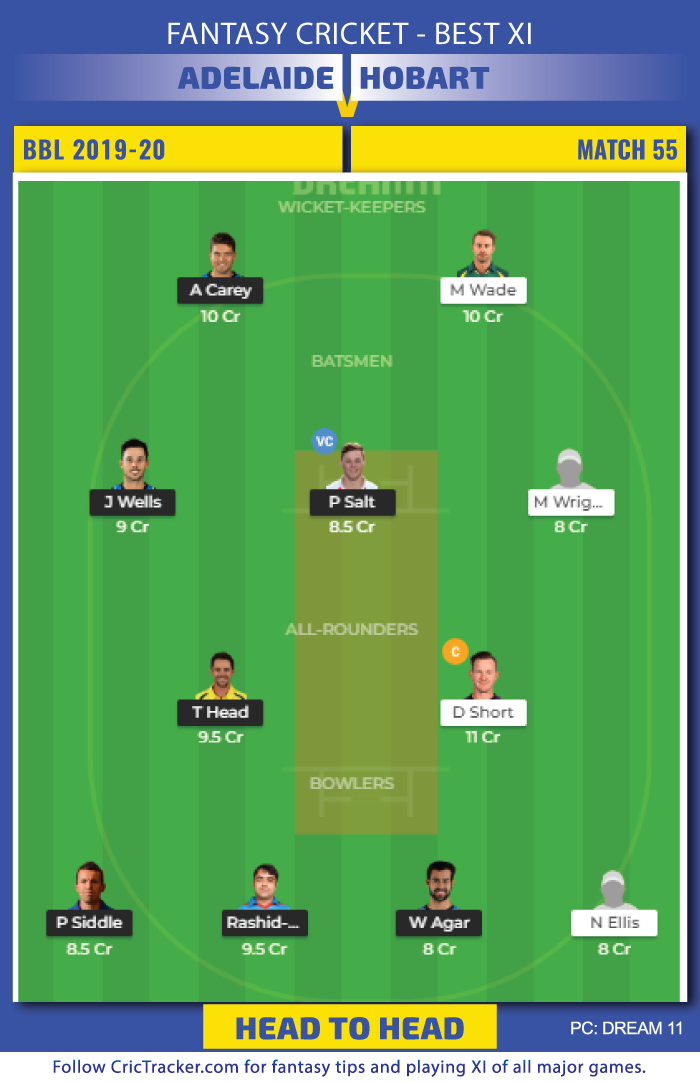 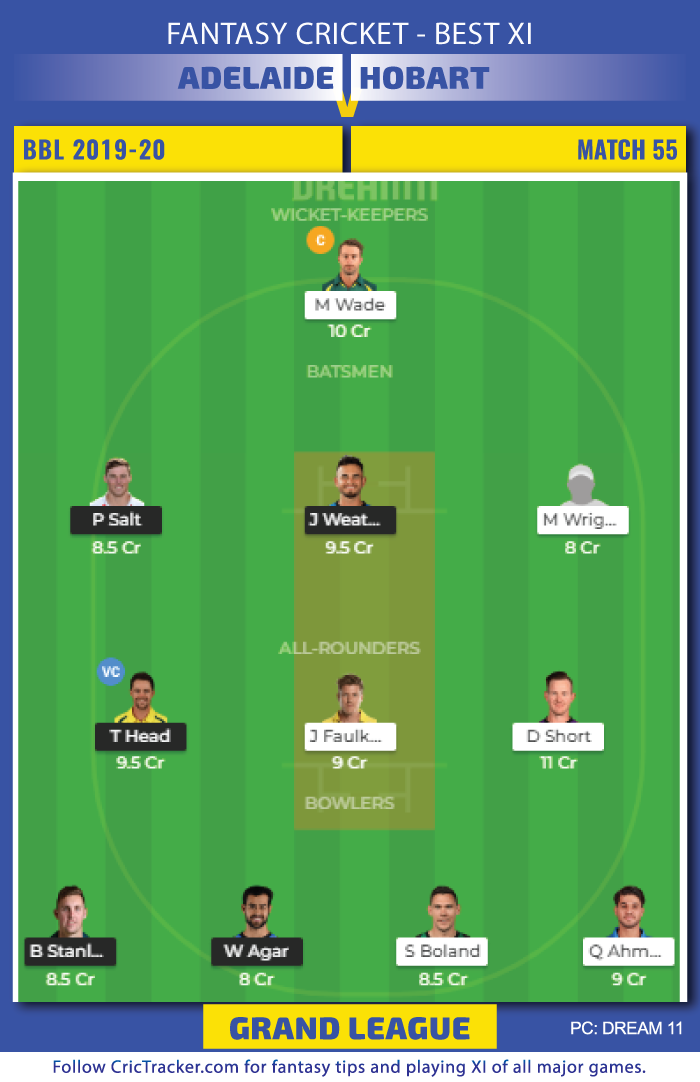 Consider picking spinners more in your Dream11 Fantasy as they are likely to have an impact in this match. The likes of Rashid Khan and Qais Ahmad can earn you more Fantasy points.