Due to the present restrictions, the complete freedom of movement around Australia is still not possible.

Cricket Australia (CA), on Thursday, announced the schedule for the upcoming 2020-21 season of their premier T20 tournament Big Bash League (BBL). In the new schedule, the Australian cricket board announced the revised dates, start times, and matchups for all 56 regular-season games. The venues, however, have been confirmed only for the first 21 matches up until December 31.

CA is hopeful that the matches will be played at all major centers this summer while confirming that the opening rounds of the tournament will take place in Tasmania, Queensland, Canberra, and Adelaide. According to reports in Australian media, the movement restrictions across borders will be eased by December 10. Consequently, the officials have decided to wait before announcing the venues for the games that will take place in the new year.

Due to the present restrictions, the complete freedom of movement around Australia is still not possible. But despite the restrictions, only seven of the first 21 games will be played at neutral venues. All eight teams will be based in either Tasmania or Canberra to start the season, with six games to be played at Blundstone Arena in Hobart, two at UTAS Stadium in Launceston, and six at Manuka Oval in Canberra.

The tournament to start on 10th December

From December 23-31, there will also be three matches at the Gabba, two at Metricon Stadium on the Gold Coast and two at the Adelaide Oval – including the traditional New Year’s Eve game. The season will start on December 10 with a clash between defending champions Sydney Sixers and Hobart Hurricanes in Hobart. The five-game finals series will start on January 29 and conclude on February 6.

The blockbuster Test series between India and Australia, starting on December 17 will affect the BBL too. There will be nine matches played before the first Test with the tournament pausing for two days when the Border-Gavaskar series commences. There will be no BBL on days one, two, and five of the first Test. The season will then finish in a flurry after the final Australia-India Test, with 11 matches played across six days before the finals series starts.

“We are working through scenarios for the 35 regular season matches and finals series to be played in the new year with our partners and government bodies,” Alistair Dobson, CA’s Head of Big Bash Leagues, said in a statement.

“An announcement on these venues will be made in the coming weeks. This is, without doubt, the most complex fixturing task ever undertaken by the League and we are excited with where it has landed. It has been a difficult year for so many people around Australia and we look forward to bringing the BBL to every state, should border conditions allow us to,” he added. 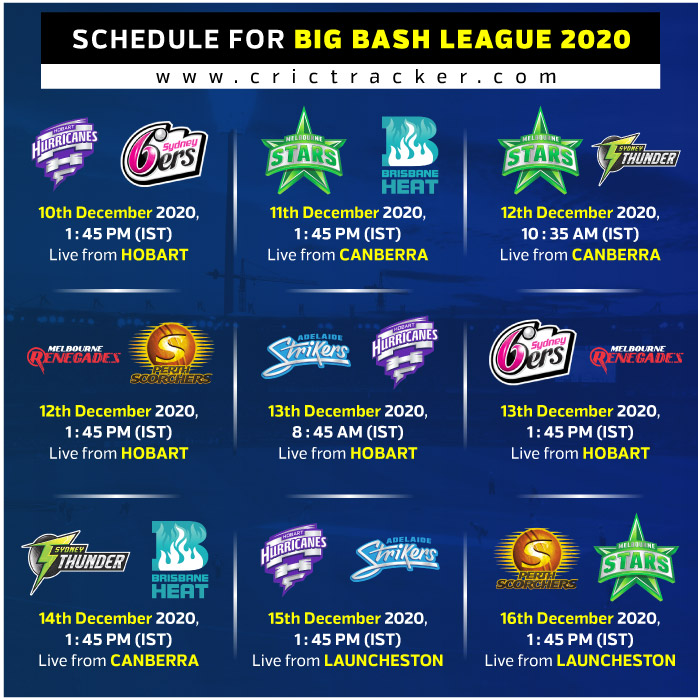 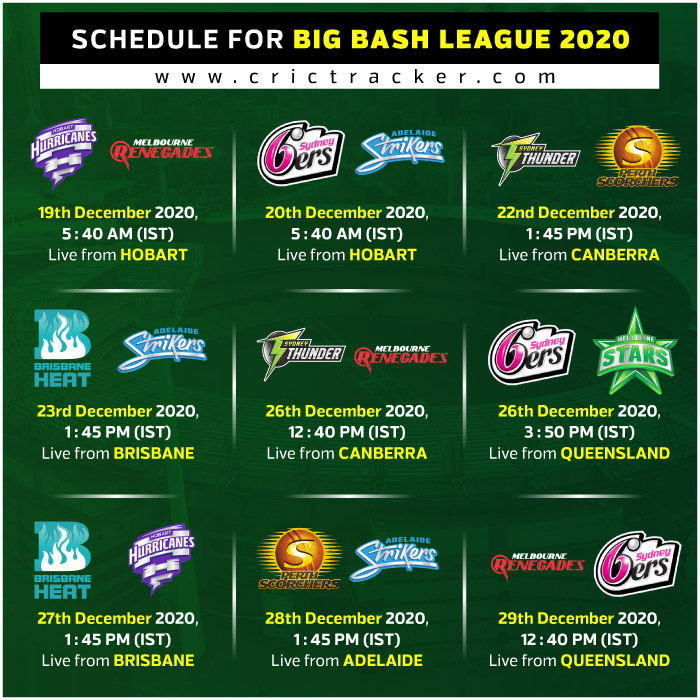 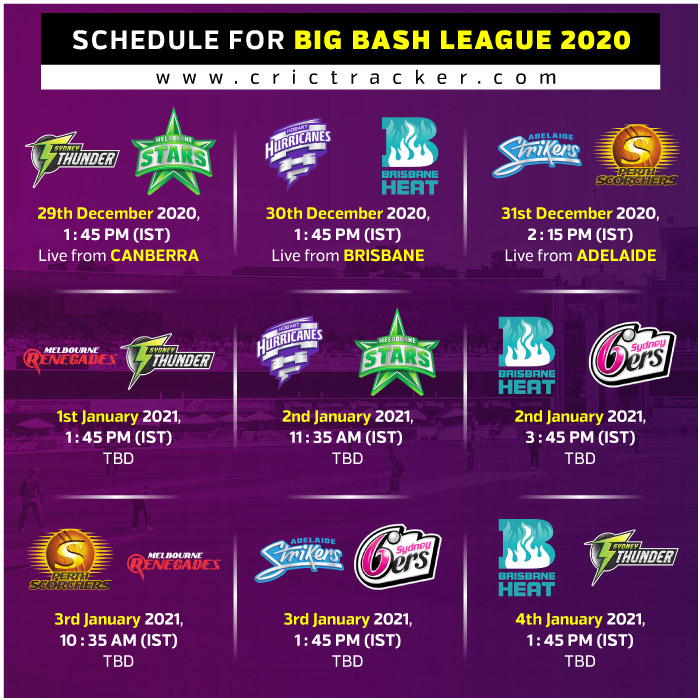 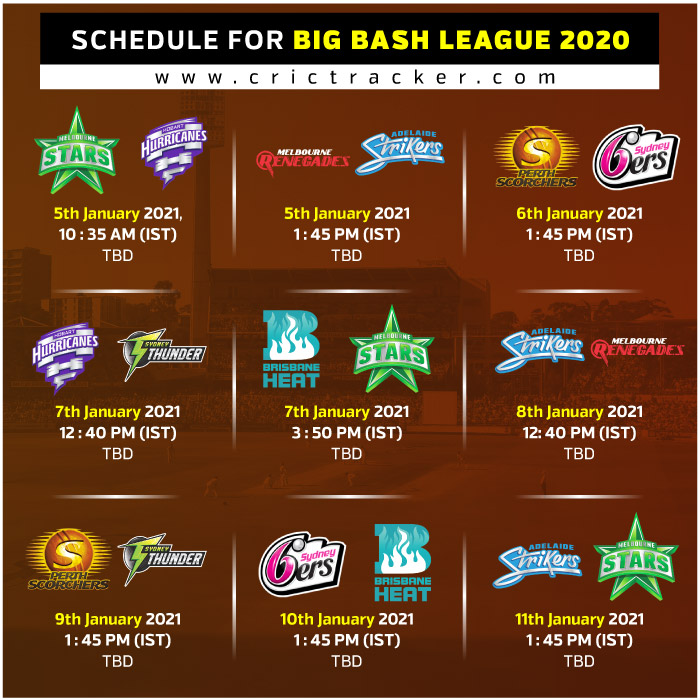 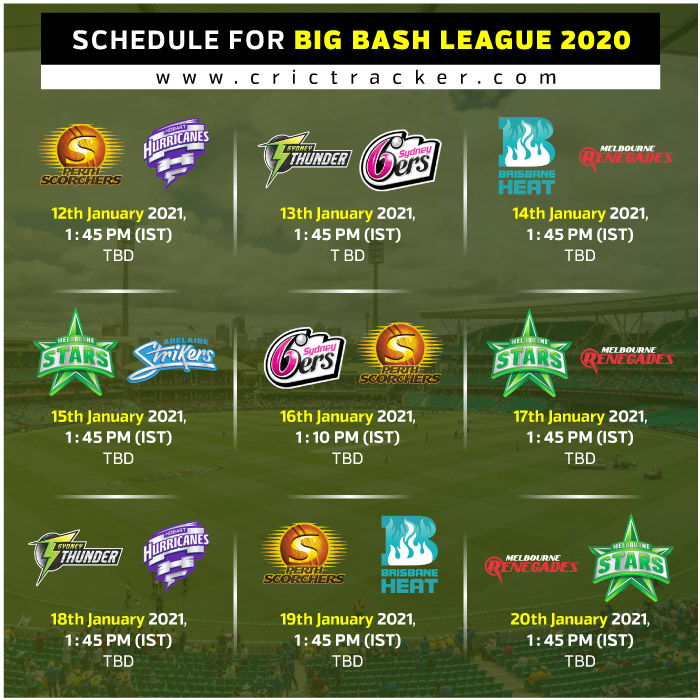 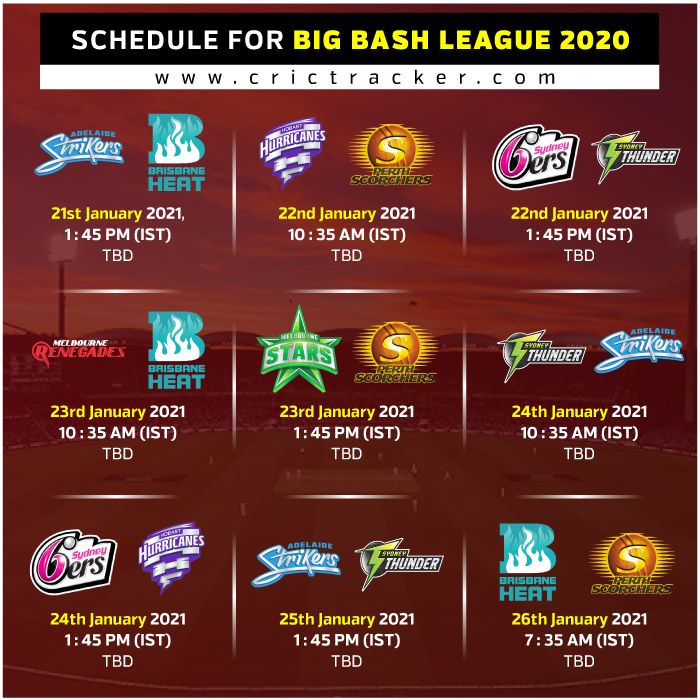