Ben Dwarshuis is a fantastic budget pick at 8.5 credits.

Sydney Sixers will lock horns with Adelaide Strikers in the Challenger of the BBL 2021/22 on Wednesday. Sydney Sixers lost to Perth Scorchers by 48 runs in the Qualifier. They are getting one more opportunity in the form of Challenger. The odds are in the Sixers’ favour as they have a 4-1 win-loss record against Strikers in the last 5 meetings.

Adelaide Strikers, on the other hand, deserve credit for their performances in the playoffs. They defeated Hobart Hurricanes in the Eliminator by 22 runs and then claimed a thrilling win over Sydney Thunder by 6 runs in the Knockout. There is a concern over Travis Head’s form though, as he has made 3 and 5 in the last 2 matches. The winner of this match will play against Perth Scorchers in the Final.

The wicket tends to offer more support for the batters and it will remain the same for the entire course of the match. It’s a high-scoring venue and anything over 180 is defendable here.

Moises Henriques is a big match player and has done a commendable job throughout this tournament. In 13 matches in this league, he has scored 420 runs at an average of 42, with the highest score of 76*.

Jonathan Wells has had a glorious tournament. In 16 matches, he has scored 439 runs at an average of 33.76, which includes 3 half-centuries.

Dan Christian has got loads of experience playing in BBL. So far in this tournament, he has scored 260 runs with the highest score of 73 and has also picked up 7 wickets.

Matthew Short surpassed Glenn Maxwell to become the second-highest run-scorer in this tournament. In 15 matches, he has scored 487 runs at an average of 34.78 and has also picked up 8 wickets.

Hayden Kerr has scalped the most wickets for Sixers in this year’s league. In 14 matches, he has picked up 24 wickets at an economy of 7.34, with the best figures of 4 for 32.

Veteran pacer Peter Siddle is picking wickets for fun in this tournament. In 16 matches, he has bagged 29 wickets with the best figures of 5 for 23.

Coming back from the Ashes, Alex Carey played two good knocks in his last 2 matches. He scored 90 runs at a strike rate of 152.54, with the highest score of 67.

SIX vs STR Must Picks for Dream11 Fantasy Cricket: 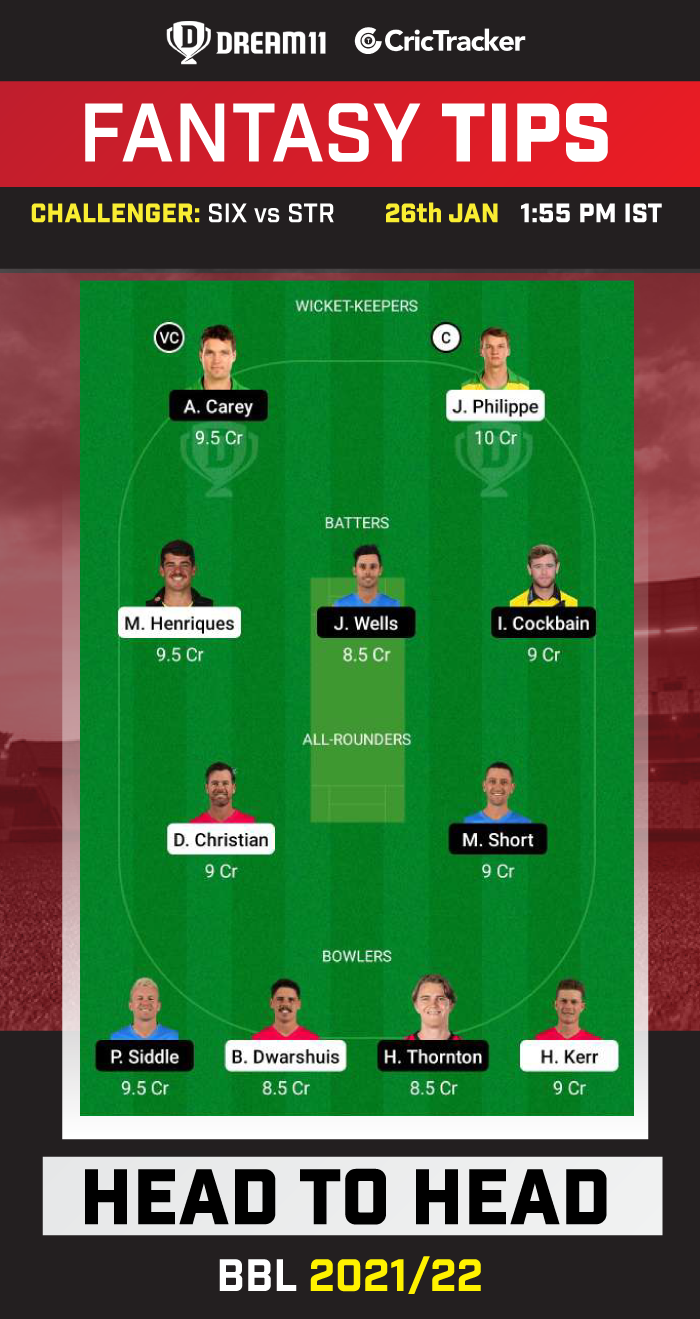 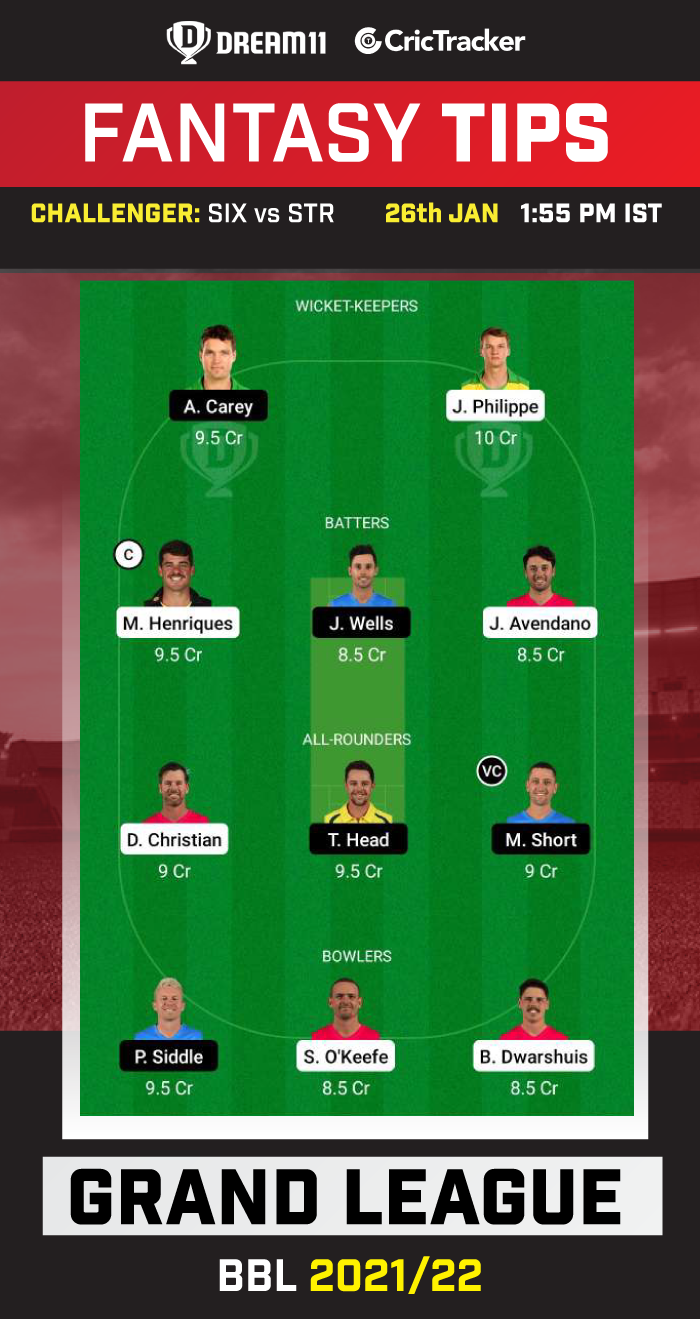 Travis Head hasn’t had any impact in the last 2 matches. Considering his current form, it’s a bit risky to pick him as your fantasy team skipper.

Ben Dwarshuis is an underrated cricketer as he always tends to go under the radar. He has scalped 17 wickets and scored 96 runs in this tournament. He is a risky captaincy pick for your fantasy teams.

Going with the team balance, it’s hard to pick Sean Abbott in the final eleven.