Both sides are aiming for their fourth BBL title.

Perth Scorchers will take on Sydney Sixers in the Final of the BBL 2021/22 on Friday. It’s a repeat of the last year’s final where the Sydney Sixers triumphed by 27 runs beating Scorchers in the finals. The Scorchers have been the most consistent team this season, and as expected, they have reached the final. They defeated Sixers in the Qualifier by 48 runs and earned the final spot. They have a strong batting line-up which makes them hard to beat.

Sydney Sixers, on the other hand, have reached the finals for the third time in a row. They emerged as champions in the last two editions. In a nail-biting finish, they defeated Adelaide Strikers in the Challenger by 4 wickets in the final ball of the match to cement their spot in the finals.

The surface will assist the batters more. The teams batting first have a good track record of winning matches here. Since it’s a high-pressure final, whoever wins the toss should bat first.

Colin Munro is a dangerous batter when is in full swing. In 12 matches in this tournament, he has scored 389 runs at an average of 48.62, with the highest score of 114*.

Kurtis Patterson has scored the most runs for Scorchers in this tournament. In 12 innings, he has scored 390 runs at an average of 32.5, with the highest score of 78.

Mitchell Marsh has been phenomenal throughout this tournament. In 7 matches, he has scored 342 runs at an average of 68.4 and has also picked up 5 wickets as well.

Hayden Kerr came out of nowhere and scored an impressive 98* runs from just 58 balls to help his side to win the game against Strikers in the Challenger. Overall in this tournament, he has picked up 24 wickets and has also scored 150 runs with the bat.

Jason Behrendorff has provided breakthroughs with the new ball frequently. He has scalped 15 wickets in this tournament with the best figures of 3 for 22.

Ben Dwarshuis has scalped 17 wickets in this tournament at an economy of 8.69 with the best figures of 5 for 26 and also accumulated 96 runs with the bat.

Josh Inglis is a must-pick for your fantasy teams. Including a sole half-century, he has scored 124 runs in 7 matches in this tournament at an average of 17.71.

SCO vs SIX Must Picks for Dream11 Fantasy Cricket: 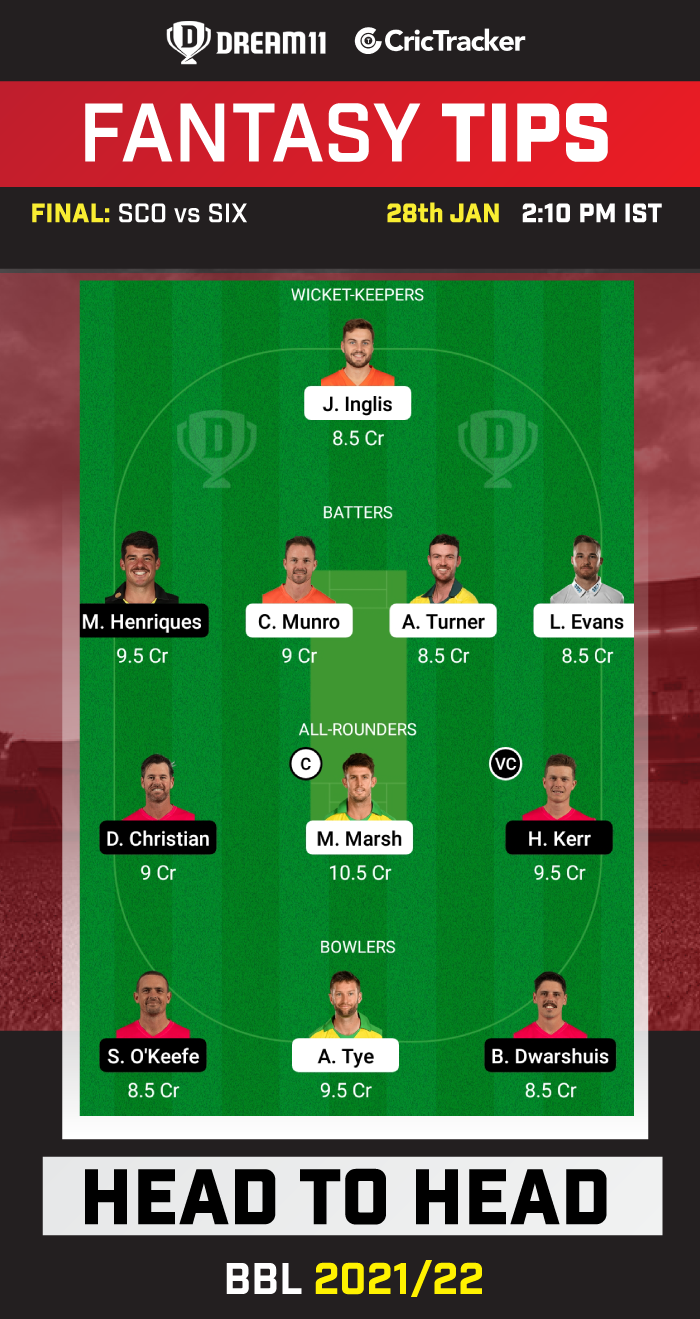 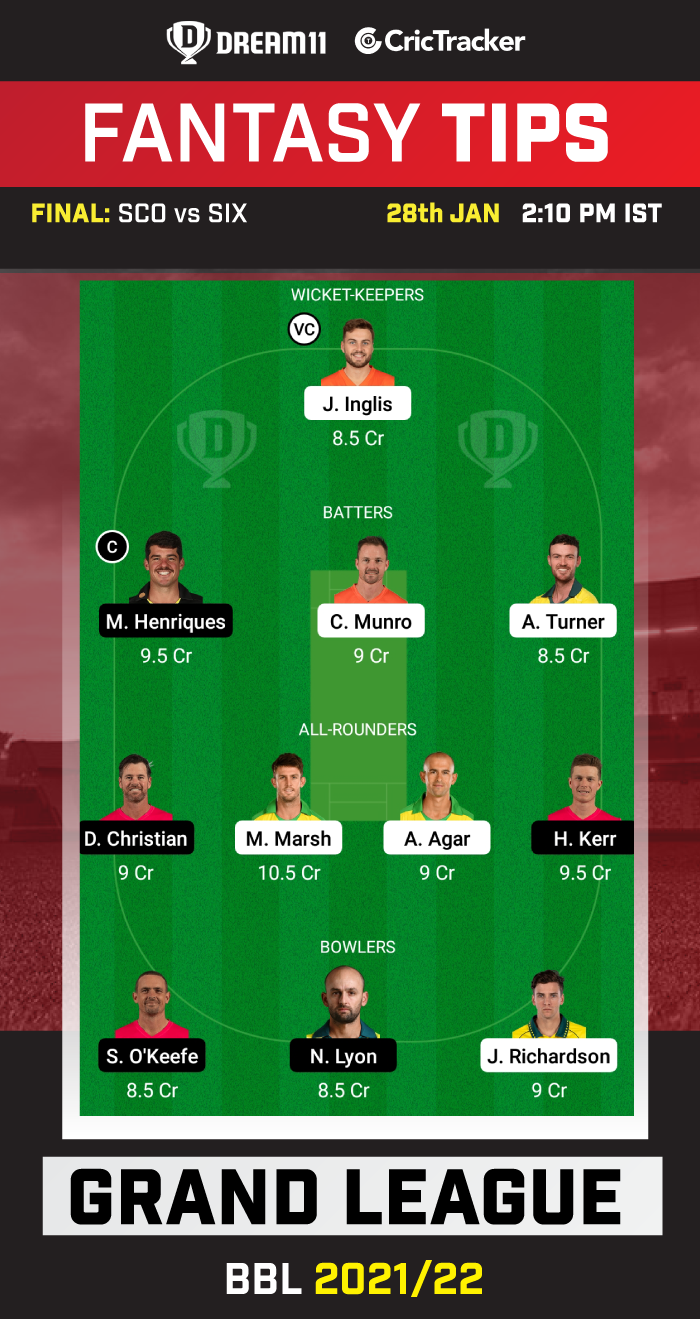 Ashton Turner has led the Scorchers really well in this tournament and done quite well with the bat too. He has scored 303 runs at an average of 30.3 and picked up a wicket as well. He is a risky captaincy pick for your fantasy teams.

Considering a lot of competition for the final eleven, it’s better to avoid Jake Carder while making your fantasy teams.