Jason Behrendorff has been named in the Perth Scorchers squad.

In a rescheduled match, Perth Scorchers will take on Melbourne Stars on Tuesday. Perth Scorchers are back in action with a 5-wicket win over Sydney Sixers on Sunday and claimed their 9th win in this tournament. Batting master-class from skipper Ashton Turner won the game for the Scorchers. They are still ruling this tournament at the top spot with 33 points.

Melbourne Stars, on their home turf, wrapped up a 5-wicket win over Adelaide Strikers on Monday. Joe Clarke’s sensational innings in the run-chase helped them to secure their fourth win in this competition. Now they are placed at the 7th spot in the standings with 14 points.

GMHBA Stadium has hosted only one game so far in this tournament where we witnessed a low-scoring encounter between Heat and Renegades. Looks like anything more than 150 is a good score on this wicket.

Ashton Turner led Perth Scorchers to a tremendous win over Sydney Sixers on Sunday with his sensational knock of 69 runs from 41 balls. Overall in 10 innings in this tournament, he has scored 210 runs at an average of 23.33 with a strike rate of 147.88 and even picked up a wicket.

Hilton Cartwright is the second-highest run-scorer for Melbourne Stars in this tournament. In 9 matches, he has scored 273 runs at an average of 34.12 and a strike rate of 148.36.

Aaron Hardie is a useful contributor with the bat for Scorchers in the middle order. In the last 3 matches, he has accumulated 84 runs with the highest score of 45.

Matthew Kelly is an impressive bowler who has the knack of picking wickets. In 5 matches in this league, he has picked up 10 wickets at an economy of 8.10 with the best figures of 4 for 28.

Haris Rauf has got very good change-ups and is a go-to bowler for the Stars. In 3 matches in this league, he has picked up 5 wickets at an economy of 7.58.

Joe Clarke is the man in form for the Stars, in 8 matches so far in this tournament, he has scored 286 runs at an average of 35.75 with the best score of 85.

SCO vs STA Must Picks for Dream11 Fantasy Cricket: 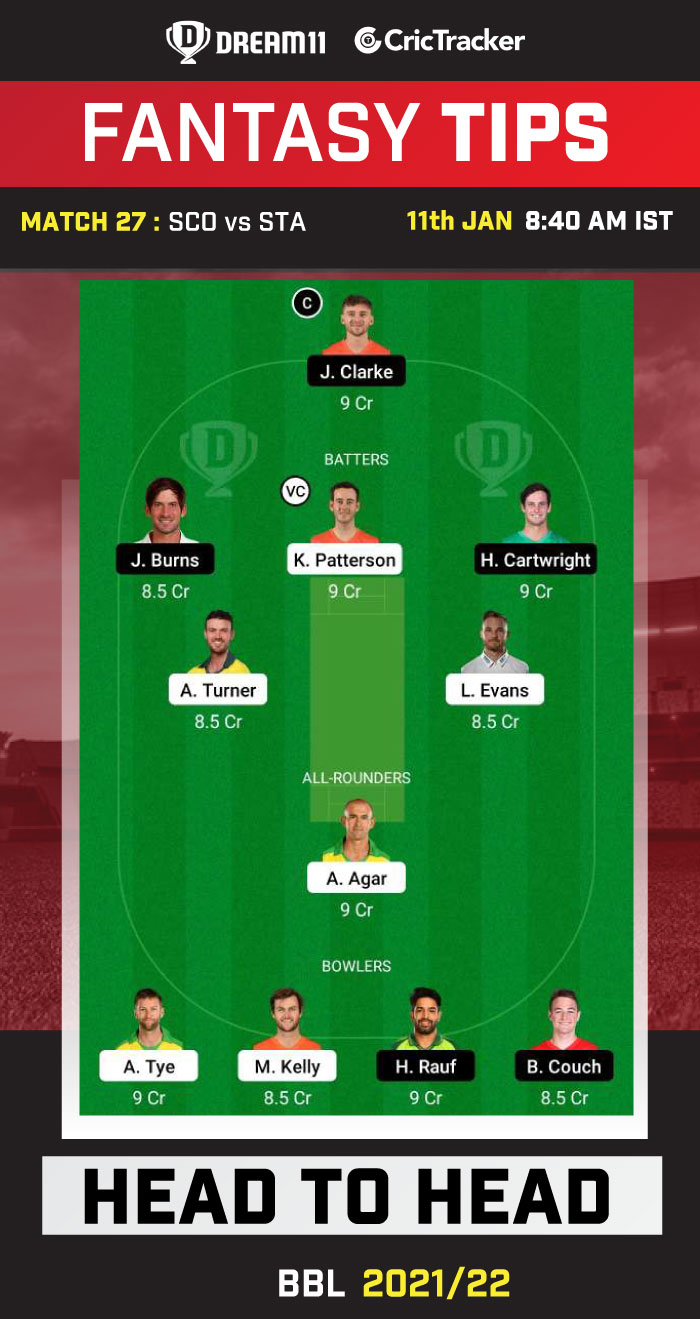 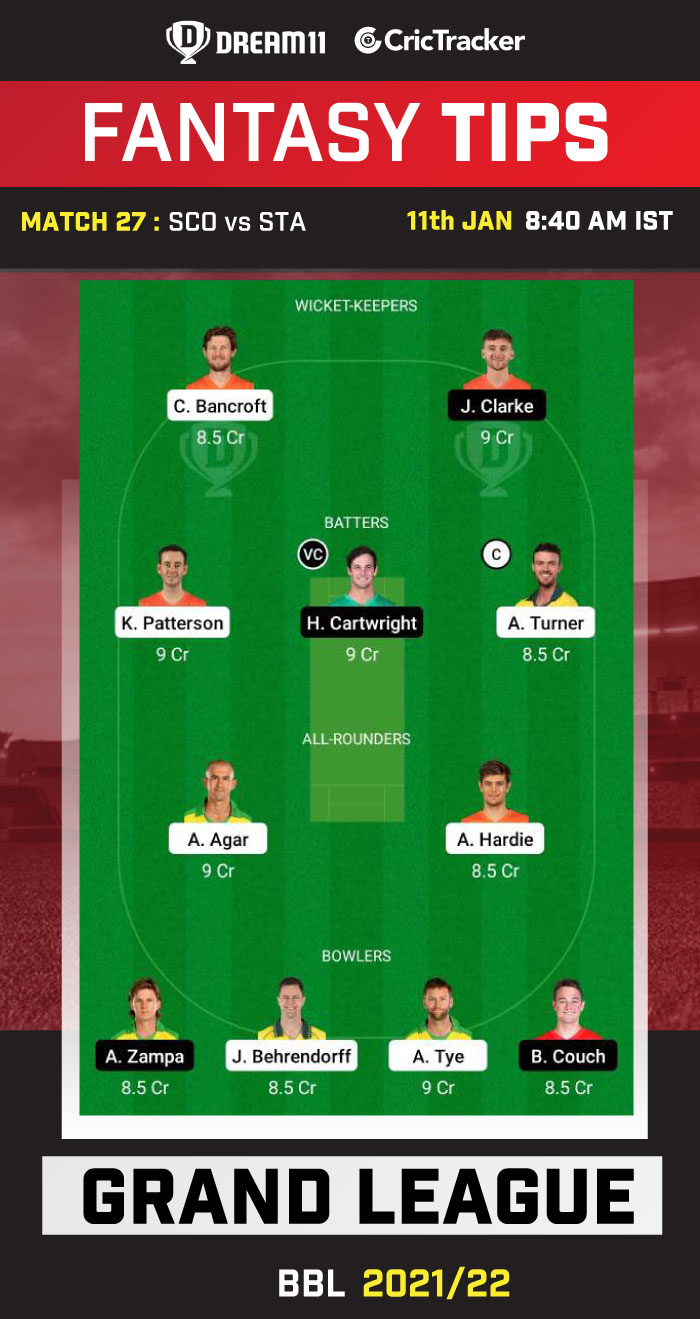 Cameron Bancroft is yet to score a half-century in this tournament, in 8 matches, he has scored 163 runs at an average of 20.37. You can take a risk and pick him as your fantasy team skipper.

Adam Zampa has picked up 5 wickets in 6 matches so far in this tournament at an economy of 7.95. You can take a risk and pick him as your fantasy team skipper.

Xavier Crone has played only 2 matches in this tournament and went wicketless. It’s better to avoid him while making your fantasy teams.