Adelaide Strikers will miss the services of inform Alex Carey, who has been named in the Australian Ashes squad.

Melbourne Renegades will lock horns with Adelaide Strikers in the 3rd match of the BBL 2021/22 on Tuesday. Both sides have won the title once and will be aiming to get their hands on the trophy for the second time. Melbourne Renegades had a dreadful tournament last year as they finished at the bottom of the standings with only 4 wins under their belt.

Adelaide Strikers, on the other hand, missed out on the opportunity of making it to the playoffs last year by a slender margin. With 7 wins and 7 losses, they finished at the 5th spot in the standings with 28 points. Both sides weren’t up to their best in the last edition and are looking forward to making a strong impression from the start this year.

The teams batting first have an excellent track record of winning matches here. Chasing is always a herculean task at this venue. The surface will assist the quick bowlers and we can expect more wickets from them in this game.

Veteran batter Shaun Marsh still has plenty of cricket left in him. He just needs good starts and once he finds his rhythm, he can be dangerous. Marsh struck 312 runs in the last edition at an average of 26.

Jake Weatherald had an incredible outing in the last edition. He was the leading run-getter for Adelaide Strikers with 433 runs in 15 matches at an average of 36.08.

Mohammad Nabi has got loads of experience playing for different franchises across the World. The Afghanistan all-rounder scored 149 runs and picked up 4 wickets in the last edition.

Matthew Short will be a good budget pick from the all-rounders. He has scored 458 runs and has picked up 3 wickets in T20 wickets.

Kane Richardson was in the Australian T20 World Cup-winning squad. He has the ability to bowl at any stage of the match and he picked up 15 wickets in 11 matches last season at an economy of 8.

Wes Agar ended as the third-highest wicket-taker in the last edition with 22 scalps in 15 matches. He is improving as a bowler from match to match and you need to keep an eye on him.

Sam Harper may be smaller in stature but he certainly packs a punch. The wicketkeeper-batter has mustered 351 in 14 matches in the last edition at an average of 27.

REN vs STR Must Picks for Dream11 Fantasy Cricket: 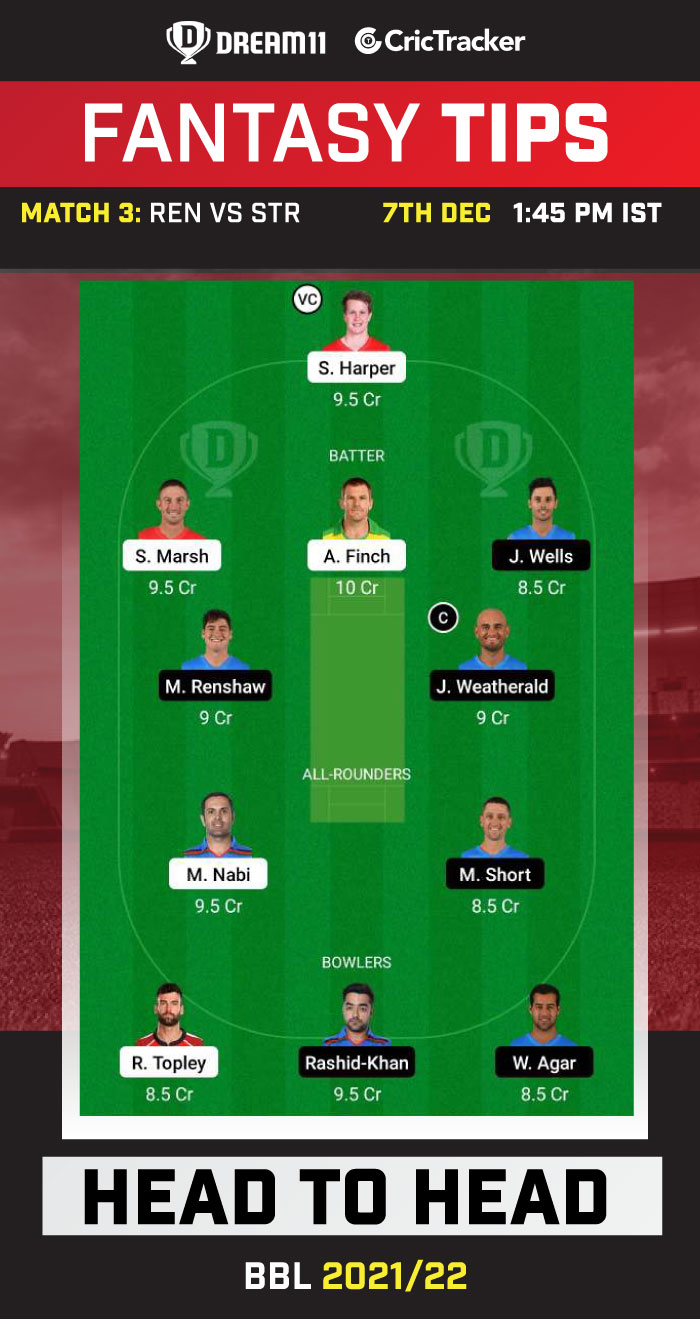 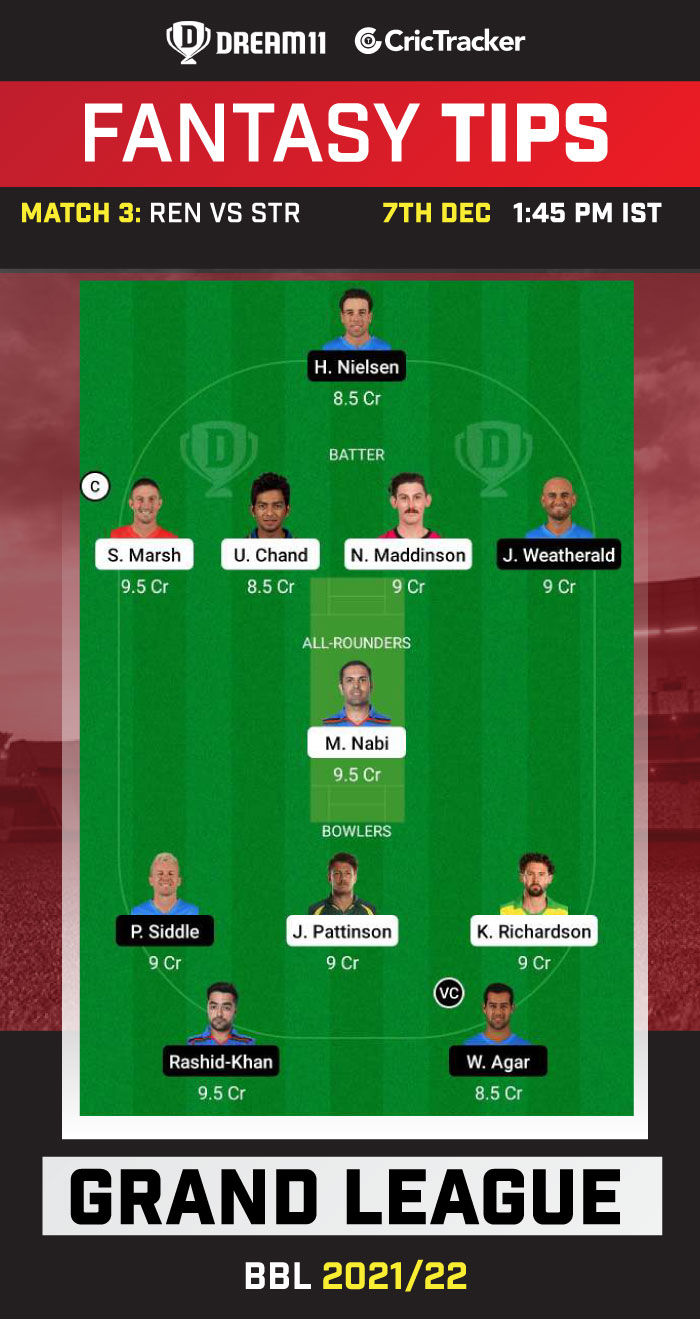 Aaron Finch didn’t enjoy much with the bat last year, as he managed to score only 179 runs in 13 matches at an average of 13.76. He is a risky captaincy pick for your fantasy teams.

Jonathan Wells struck 263 runs in 13 matches last year at an average of 26.3. He is a risky captaincy pick for your fantasy teams.

Considering plenty of options available in the bowler’s category, it’s hard to include Harry Conway in the final eleven.