Alex Hales is back in the Sydney Thunder squad. 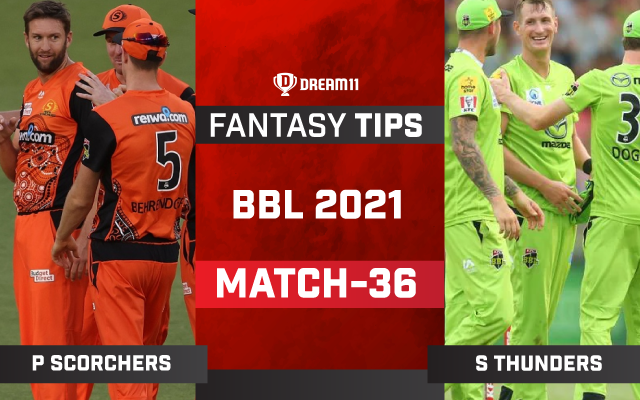 BBL 2021/22 has been massively hit by COVID-19 and the matches are interchanged regularly in the last few days. Perth Scorchers now will take on Sydney Thunder in the 36th match of the tournament on Thursday. Perth Scorchers are ruling this year’s BBL with their all-round dominance. They are a team packed with some star players who are all match-winners on their own terms. With 8 wins and one loss, they are at the top spot in the standings with 29 points. The Scorchers will look to extend their winning run against Sydney Thunder.

Sydney Thunder are getting better and better with each passing match. They had beaten Scorchers in their previous meeting by 34 runs, which is a huge achievement in itself. They hardly showed any nerves in their last 3 matches and won them in a convincing manner. With 5 wins and 3 losses, the Thunder are at the third spot in the standings with 19 points.

The batters have struggled to put huge runs on the board in the last couple of matches played here. A total of 27 wickets have fallen which shows the bowlers have done a splendid job. Even the score of 150 is defendable here.

Colin Munro needs to take additional responsibility in the absence of their key players. He is the second-highest run-scorer in this tournament with 335 runs in 9 matches with the highest score of 114*.

Jason Sangha is changing the fortunes for Sydney Thunder. In 5 matches, he has scored 239 runs at an average of 79.66 and has also picked up 3 wickets at an economy of 6.33.

Aaron Hardie was the player of the match for his exceptional batting performances against Sydney Sixers. He scored quickfire 45 runs from 24 balls, which included 3 fours and 2 sixes.

Daniel Sams is among the wickets for Sydney Thunder in this tournament. He has scalped 12 wickets in 8 matches at an economy of 8.82 and has also scored 63 runs with the bat.

Andrew Tye is a clever bowler and knows exactly what needs to be done in pressure situations. He has picked up 16 wickets in 9 matches at an economy of 7.28, with the best figures of 3 for 17. Tye has also scored 52 runs with the bat.

Saqib Mahmood is causing problems for the opposition batters with his genuine pace. He has picked up 11 wickets in 5 matches with the best figures of 4 for 22.

Sam Billings has got all the shots in the book. He has scored 265 runs in 8 matches so far in this tournament at an average of 37.85 with the highest score of 67.

SCO vs THU Must Picks for Dream11 Fantasy Cricket: 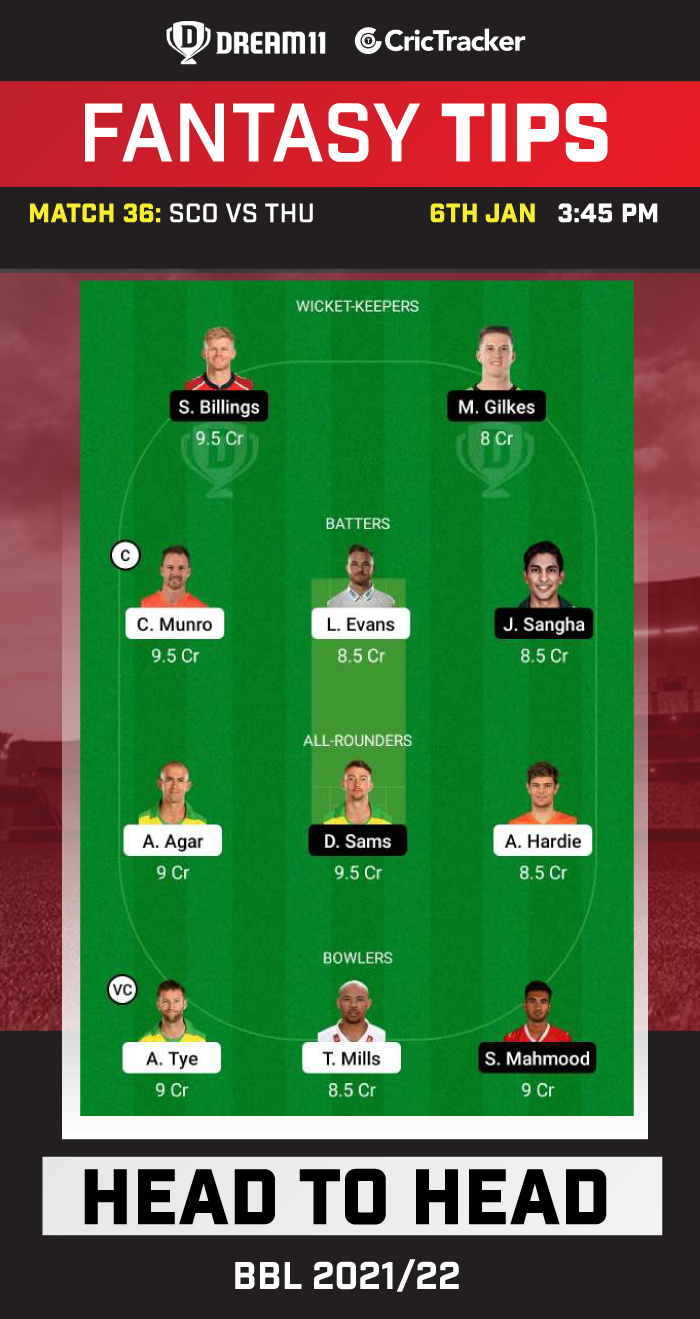 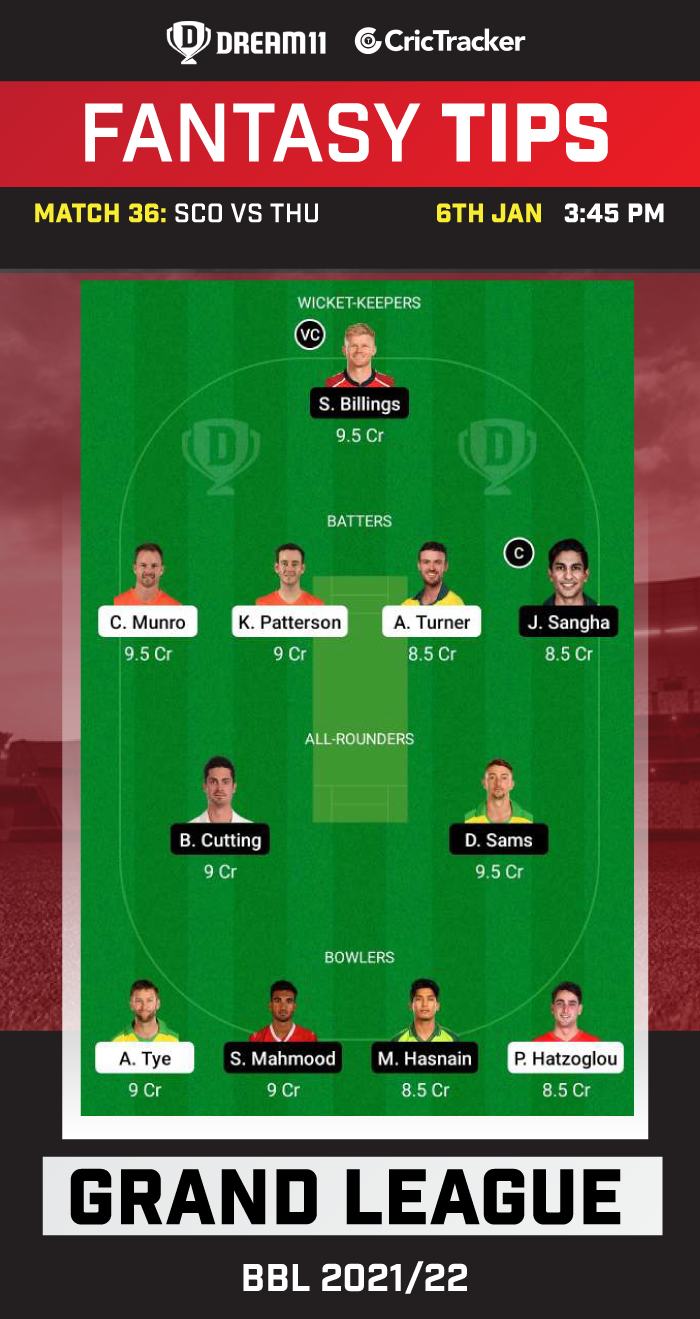 Kurtis Patterson has scored 237 runs in 6 innings so far in this tournament at an average of 39.5. He is a risky captaincy pick for your fantasy teams.

Matthew Gilkes played an impressive knock of 93 runs in the last match against Adelaide Strikers. Considering his present form, he is a good captaincy pick as well.

Chris Green has picked up only 5 wickets in this tournament. It’s better to avoid him while making your fantasy teams.