Sydney Thunder will miss Sam Billings and Saqib Mahmood for the rest of the tournament.

Melbourne Renegades will play Sydney Thunder in the 40th match of the tournament. Renegades moved up in the points table with two back-to-back wins over Brisbane Heat and Melbourne Stars and will now look forward to extending their winning run. With 3 wins and 5 losses, they are at the fifth spot in the standings with 15 points.

Spirits are high in the Sydney Thunder camp since, they have won four matches on the trot. They are still maintaining their third spot in the standings with 23 points. Jason Sangha’s addition has become a huge plus point for the Thunder and they are all set to conquer Renegades on Saturday.

The bounce will be even on this surface and the ball comes easily onto the bat. The bowlers should not pitch it up here. Death-overs will be crucial on this track. Anything more than 180 is hard to chase here.

Shaun Marsh was the player of the match for his superb knock of 57 runs in the winning cause against Brisbane Heat. In 2 matches in this tournament, he has scored 78 runs at a strike rate of 150.

Jason Sangha played a huge role in the success of Sydney Thunder in this tournament. In 6 matches, he has mustered 273 runs at an average of 68.25 and has picked up 3 wickets as well.

Nic Maddinson played his part so far in this BBL. The Renegades skipper has struck 118 runs in 6 matches and more importantly, he has bagged 5 wickets as well.

Daniel Sams has been bowling impressively well for Sydney Thunder. In 9 matches, he has picked up 13 wickets at an economy of 8.6 and has also scored 64 runs with the bat.

Zahir Khan has done a fine job for Renegades. He hasn’t conceded many runs in this tournament and has grabbed 10 wickets at an economy of 7.8, with the best figures of 3 for 24.

Gurinder Sandhu became the sixth bowler in the history of BBL to get a hat-trick. He achieved this rare feat in the last game against Perth Scorchers. Overall in this tournament, he has picked up 6 wickets at an economy of 6.52.

Matthew Gilkes has impressed with his striking abilities. He is the third-highest run-scorer for Thunder in this tournament with 257 runs in 9 matches.

REN vs THU Must Picks for Dream11 Fantasy Cricket: 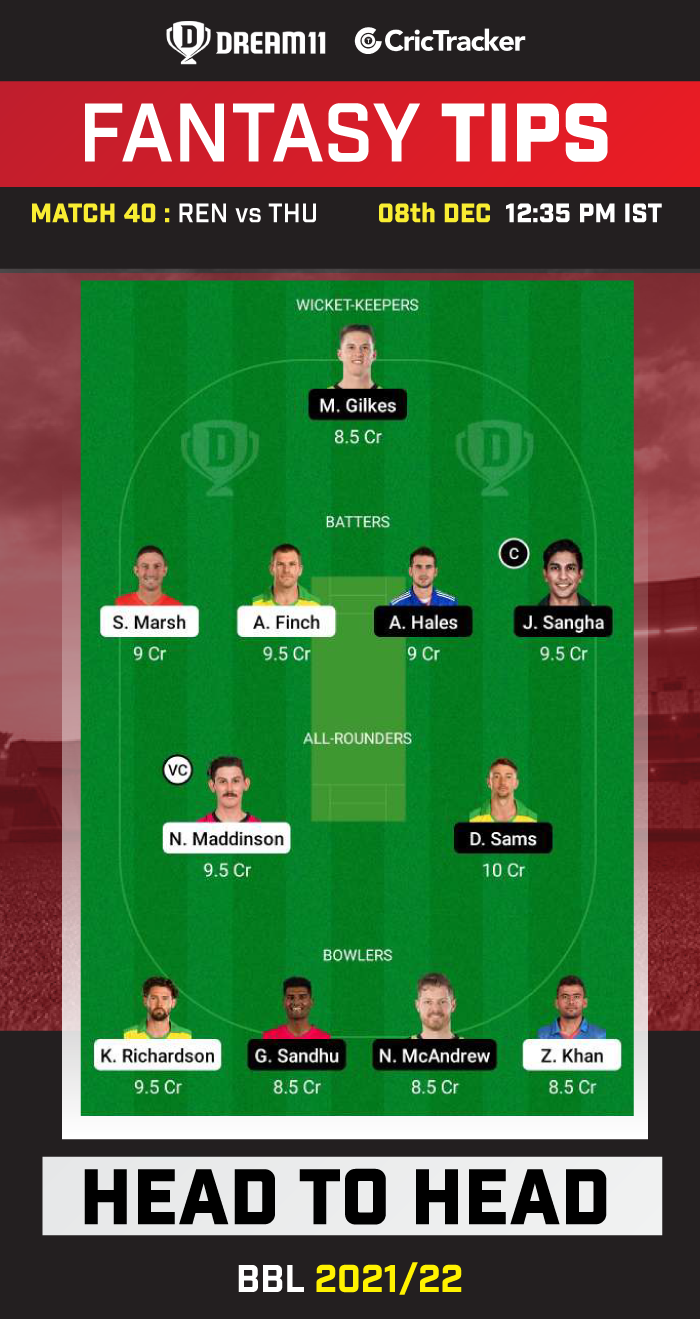 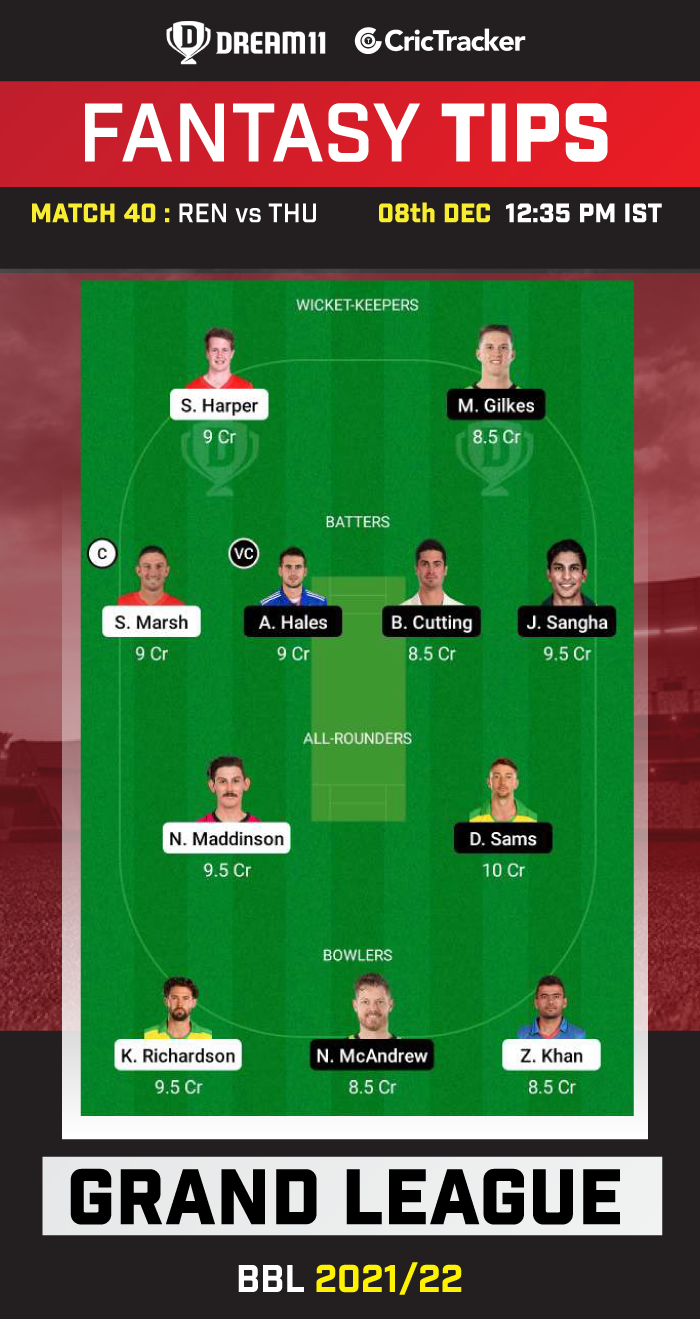 Aaron Finch has scored 164 runs in 5 innings in this tournament at an average of 32.8. You can take a risk and pick him as your fantasy team skipper.

Mohammad Nabi hasn’t done anything worth remembering in this tournament. Considering his below-par performances, it’s better to avoid him while making your fantasy teams.