Peter Handscomb will lead Hobart Hurricanes in the absence of Matthew Wade.

Brisbane Heat will face Hobart Hurricanes in the 41st match of the BBL 2021/22 on Saturday. Missing 12 of their main players tested positive for COVID-19, Brisbane Heat fielded a second-string in the last game against Melbourne Renegades and lost the match by 5 wickets. They will go with the same squad for this match as well. With 3 wins and 6 losses, they are at the sixth spot in the standings with 14 points.

Hobart Hurricanes, on the other hand, lost their momentum in the last couple of matches as they encountered two consecutive losses against Adelaide Strikers and Brisbane Heat. They managed to score 126 and 136 in their previous games which shows failure failed as a batting unit. They are placed at the fourth spot in the standings with 17 points.

The surface here at Gabba is famous for its extra pace and bounce, and the batters can make use of it. The ball travels quite well here and the bowlers need to be on top of their game in order to restrict the run flow.

Overseas signing Fakhar Zaman had a short stay at the crease in the last match against Renegades where he was dismissed for just 3 runs. You can still back him and include him in your fantasy teams.

Ben McDermott is short of runs in the last couple of matches, although he still holds the top spot in the most run-scorers list with 364 runs in 7 matches.

Tim David brings more balance into the Hurricanes set up in the middle order. In 9 innings in this tournament, he has scored 120 runs at an average of 24 and a strike rate of 162.16.

D’Arcy Short is making useful contributions for Hurricanes however it wasn’t enough to win the matches. So far in this tournament, he has scored 265 runs and has also picked up 3 wickets.

Mujeeb ur Rahman is the most experienced bowler in the current Brisbane line-up. He has scalped 7 wickets in 9 matches in this league at an economy of 6.05.

Thomas Rogers is the best bowler in this BBL for Hurricanes. In 8 matches, he has scalped 14 wickets at an economy of 7.06 with the best figures of 3 for 24 and has also scored 50 runs with the bat.

Lachlan Pfeffer is a must-pick player for your fantasy teams, considering the unavailability of the other wicketkeepers due to various reasons. He managed to score 6 runs in the last match against Renegades.

HEA vs HUR Must Picks for Dream11 Fantasy Cricket: 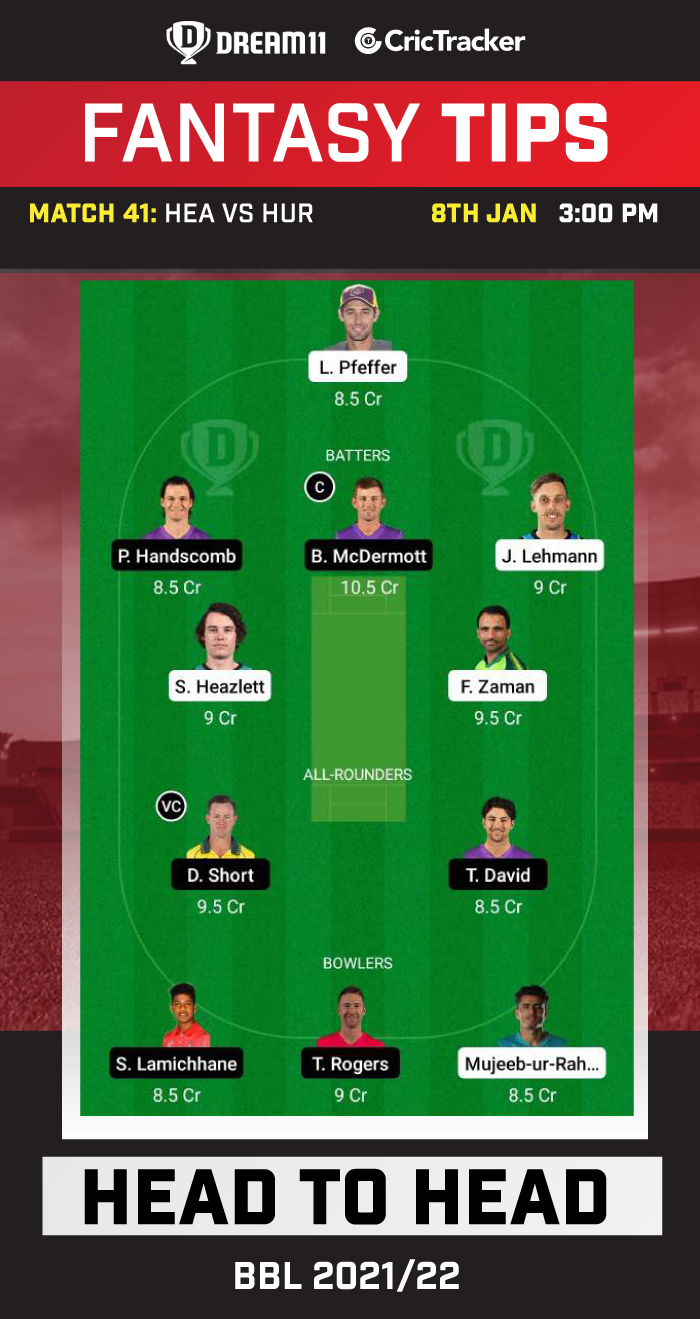 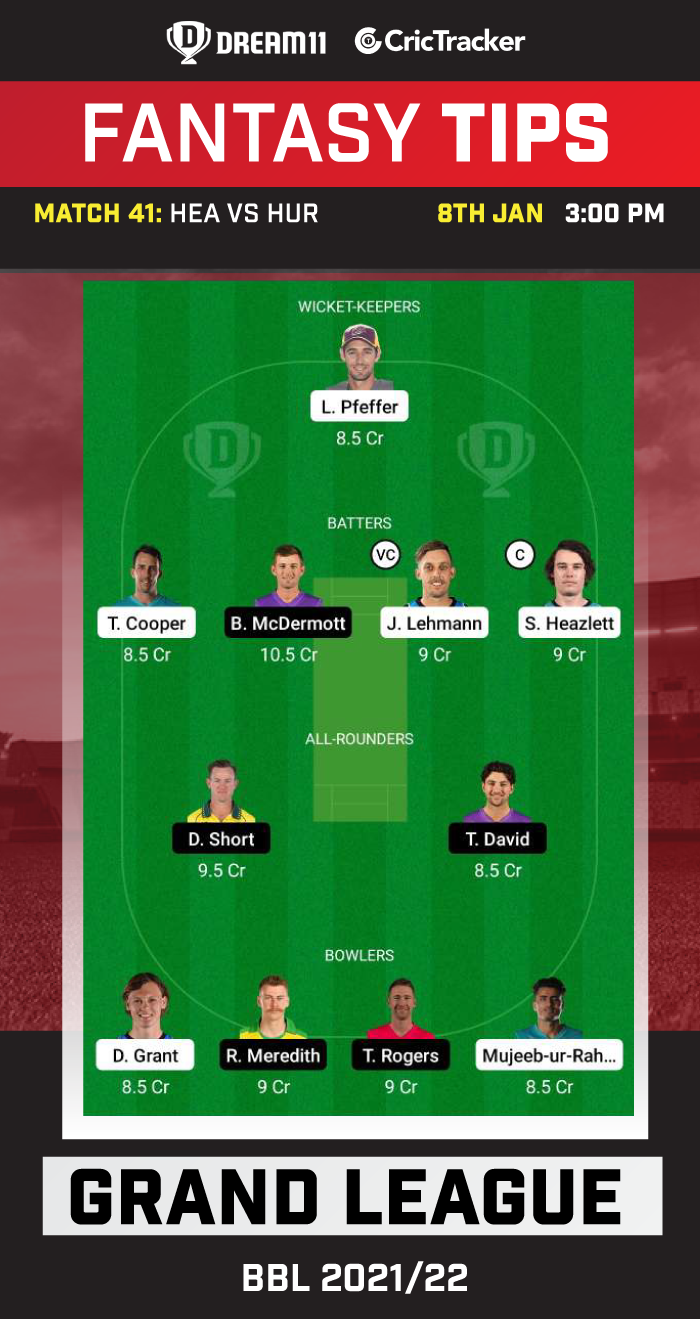 Tom Cooper has scored 80 runs in 6 matches in this tournament at an average of 13.33. You can take a risk and pick him as your fantasy team skipper.

Wil Parker has played 2 matches in this tournament, where he scored 25 runs in an innings and went wicketless with the ball. It’s better to avoid him while making your fantasy teams.