Jason Sangha and Daniel Sams have played a huge role in the success of the Sydney Thunder in this BBL.

Hobart Hurricanes will go one-on-one against Sydney Thunder in the 44th match of the BBL on Monday. Hobart Hurricanes won their previous battle against Brisbane Heat, as they chased down the total of 144 runs posted by the opposition. They are currently placed in the 4th position in the league table with 20 points in their bag.

Coming to Sydney Thunder, they are high on confidence after winning five matches on the trot. Their last victory against Melbourne Renegades helped them to climb the ladder, as they are sitting in the second position in the points table. They are all set to conquer Hobart Hurricanes in the upcoming fixture on Monday.

The bounce will be even on this surface and the ball comes easily onto the bat. The bowlers should not pitch it up here. Death-overs will be crucial on this track. Anything more than 160 is hard to chase here.

Ben McDermott is the most valuable player for the Hurricanes in the ongoing tournament. He is the leading run-getter for his team, having smacked 457 runs in 8 matches at an average of 65.28, including two hundred to his name.

Thomas Rogers is giving his best for his side in this tournament by providing the breakthroughs at regular intervals. He has bagged 15 wickets in nine matches, with the best figures reading 3 for 24.

Alex Hales is a quality player and knows how to score runs against quality sides. He has piled up 189 runs in his 8 outings in this tournament at an average of 23.62 and has a healthy strike rate of around 140.

The skipper of the Thunder side, Jason Sangha has been the best in business with the bat in this tournament. He has mustered 294 runs at an average of 58.80 and had picked up 3 wickets as well. 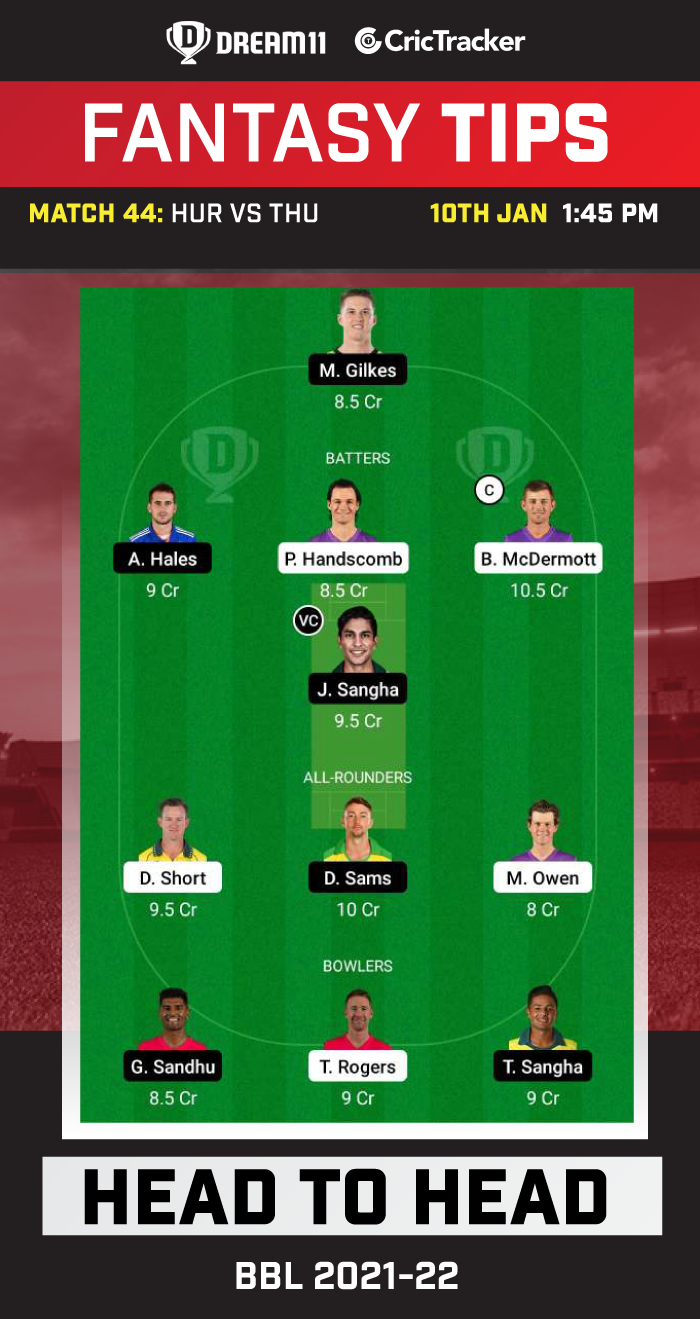 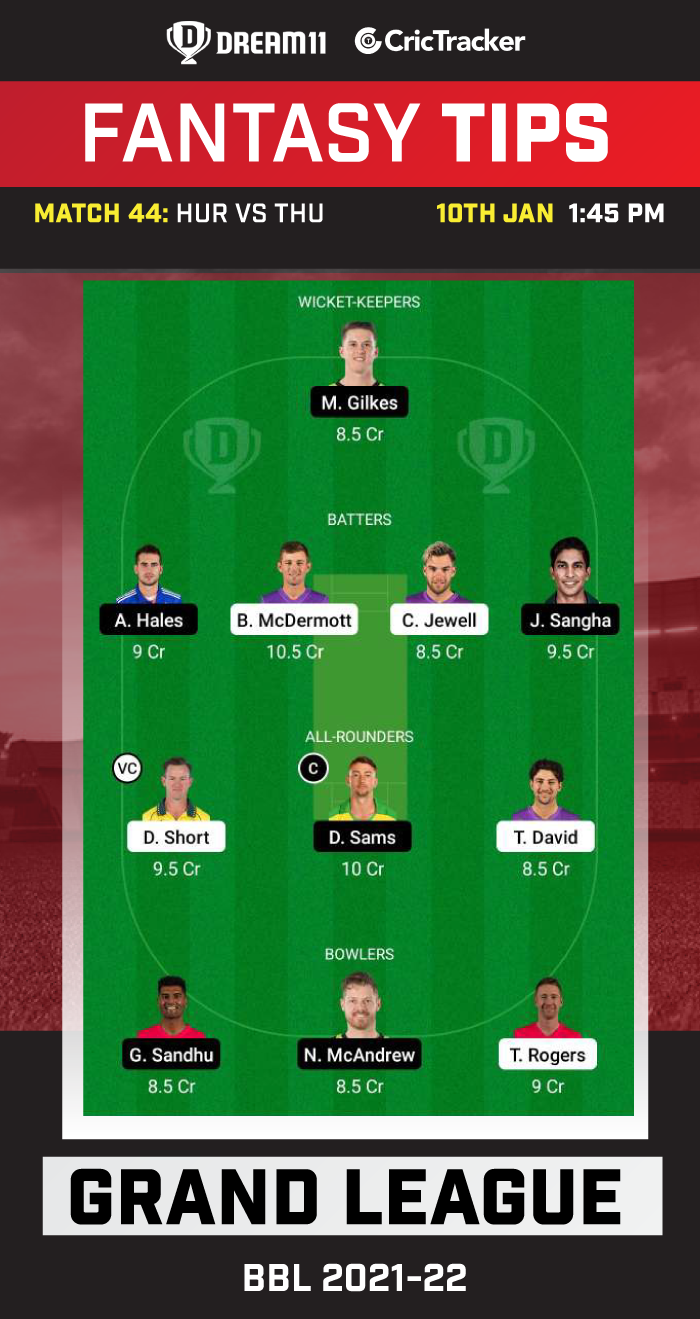 Matthew Gilkes has accumulated 267 runs in 10 matches in this tournament at an average of 26.70, with the highest score of 93. He will be a risky captaincy option for your Dream11 fantasy teams.

Thomas Rogers is the leading wicket-taker for Hobart Hurricanes this season. It’s worth a risk and you can pick him as your fantasy team skipper.

Ben Cutting usually comes to bat down the order and has taken only one wicket after featuring in 10 matches in this competition. Hence, it is advisable to avoid him while making your fantasy teams.