Xavier Bartlett is a good captaincy pick for this match. 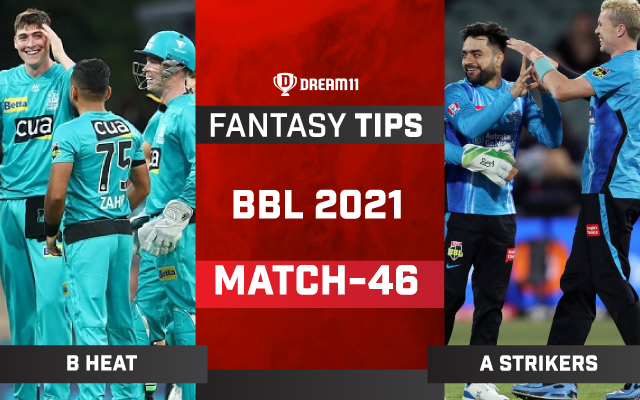 Brisbane Heat will lock horns with Adelaide Strikers at the Brisbane Cricket Ground on Wednesday. In their first meeting against Adelaide Strikers this season, the hosts walked off with a 39-run triumph and will look to replicate the same result in this match as well. Currently, they are placed at the 5th position on the league table with 15 points in their bank. Moreover, nine of their players are back in the set-up after recovering from COVID-19.

On the other hand, Adelaide Strikers are in deep trouble in this tournament, as they have lost 8 of the 10 matches they have played in this league. Their previous outing against Melbourne Stars has also didn’t go well for them and they ended up losing the match by 5 wickets. With only two wins, Adelaide Strikers are rooted at the bottom of the points table. Moreover, Matt Renshaw is not available for the next match as he tested positive for COVID-19 on Monday.

It’s a well-suited surface for the batters to score runs at a higher rate through the boundaries are very too big. The bowlers need to work hard in this format of the game to pick wickets. Having said that, players will get the results accordingly to their efforts.

Lachlan Pfeffer looked in good touch with the bat in the previous match against Hobart Hurricanes. He scored a crucial 69 off 51 balls which included 6 fours and 3 sixes.

Jonathan Wells looked in splendid form in his last outing against Melbourne Stars. He scored 68 runs from 56 balls with the help of 5 fours and a six.

Matthew Short has made vital contributions with the bat for his team. He has notched up 265 runs in 10 matches at an average of 29.44 and has taken 2 wickets with the ball as well.

Xavier Bartlett has scored 110 runs and bagged 11 wickets in the six matches he has played for Brisbane Heat in this competition.

Right-arm pacer Mark Steketee has shown some top-class bowling performance in this tournament. He has featured in 5 matches where he has scalped 10 wickets at an average of 15.40, with the best figures of 3 for 27.

The skipper of Adelaide Strikers Peter Siddle is the third-highest wicket-taker of BBL 2021-22. He has bagged 16 wickets after getting featured in 10 matches, with the best figures reading 5/23.

Overseas signing Ben Duckett has notched up 218 runs in 8 matches in this tournament at an average of 27.25 and a strike rate of 138.85 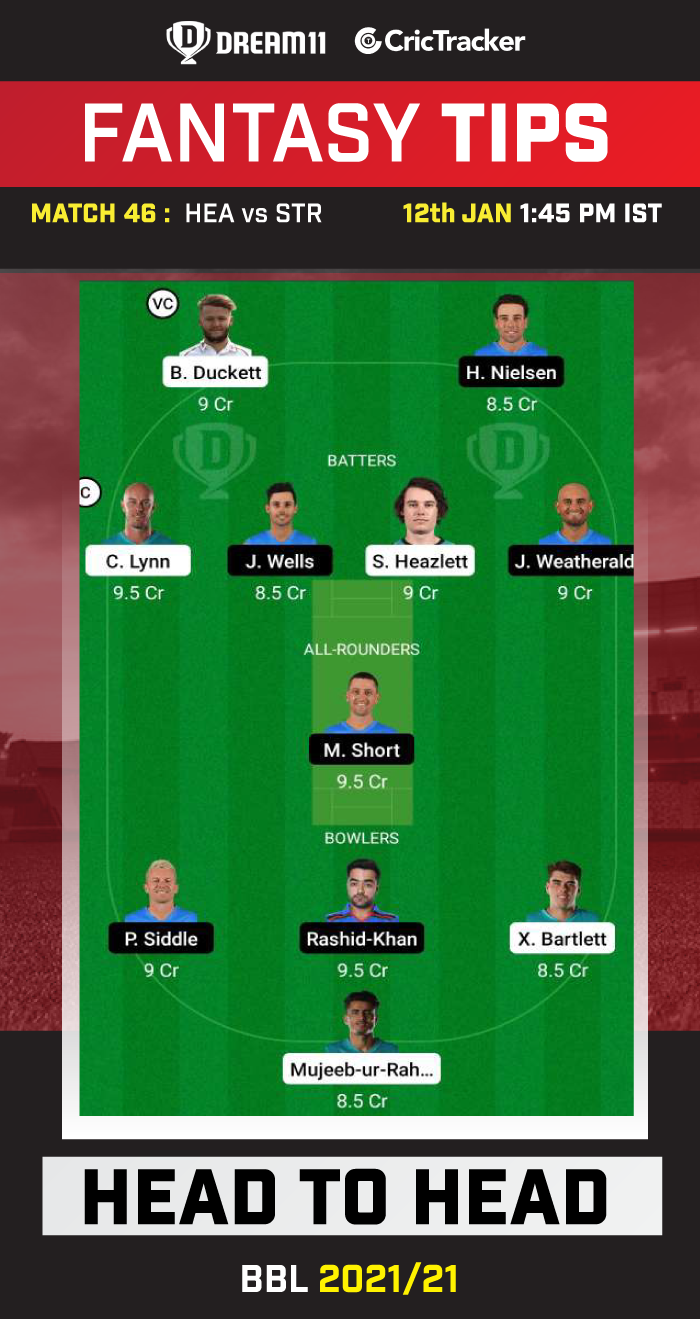 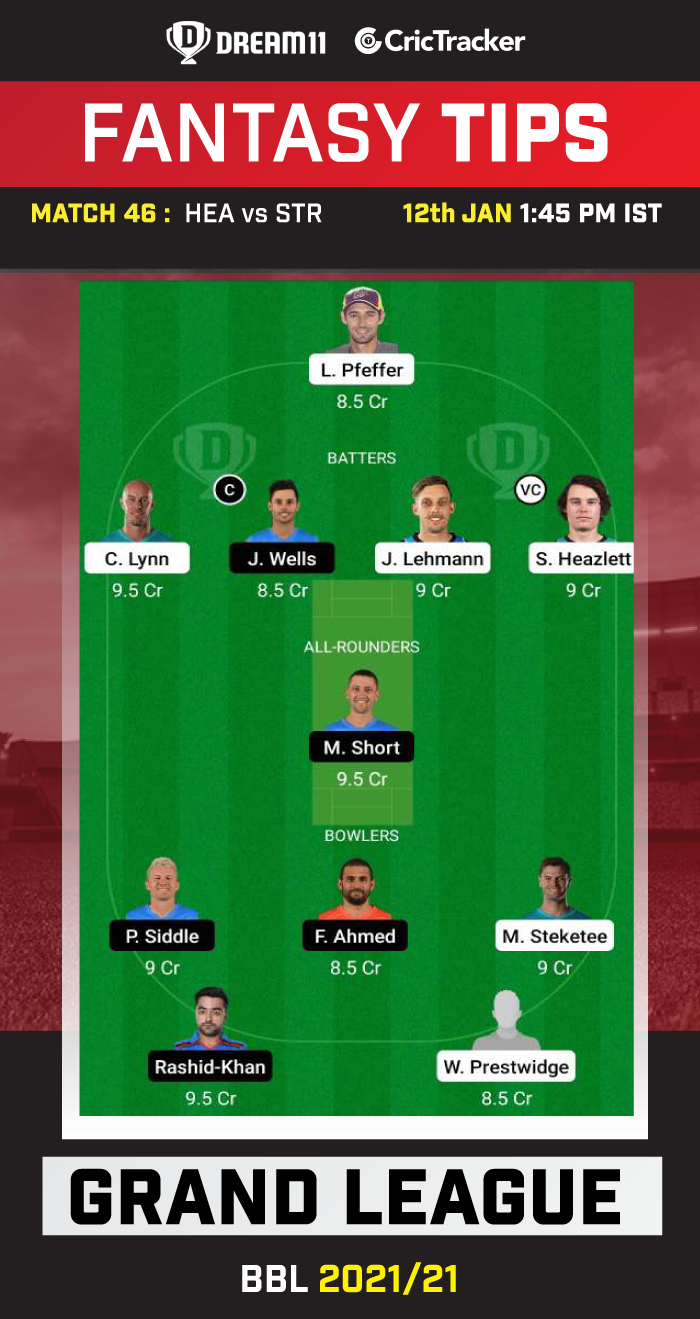 Jake Weatherland is a talented player who can dominate the opposition alley once he gets the ball under his eyes. He has scored 153 runs in this tournament at an average of 17. You can take a risk and pick him as your fantasy skipper.

Xavier Bartlett has impressed everyone with his all-around performances in this league. It’s worth a risk and you can pick him as your fantasy team skipper.

Henry Hunt is slightly inexperienced at this level and hence you can avoid him while making your fantasy teams.