Matthew Wade is back again and will lead the Hurricanes in this match.

Sydney Thunder will face Hobart Hurricanes in the 47th match of the tournament. Sydney Thunder are in brutal form at the moment as they have won 6 matches in a row. They moved to the second spot in the standings with 30 points. They had won the previous battle against Hurricanes by 9 wickets, which will give them a boost before heading into this match.

Hobart Hurricanes, on the other hand, have had a poor second half of the tournament after a decent first half. They had lost three of their last 4 matches played. They are at the 4th spot in the standings with 21 points. Their performances should get improve in the coming matches if they want to finish in the top 4 spots.

The batters will get complete freedom to go after the bowlers as the ball comes easily onto the bat. The surface will aid the quick bowlers in the latter half of the match. Looks like anything over 180 is a good score here.

From not getting the chance initially to captaining the Thunder, Jason Sangha has come a long way in this tournament. He has made a huge impact with his dominating performances. In 8 matches, he has scored 329 runs at an average of 65.8 and has also picked up 3 wickets as well.

Peter Handscomb has notched up 162 runs in 8 innings so far in this tournament at an average of 23.14 with the best score of 47.

Daniel Sams missed out on his century against Melbourne Renegades where he remained unbeaten on 98 runs. He has been impressive with his all-round performances in this BBL so far. In 11 matches, he has picked up 15 wickets and has also scored 162 runs with the bat.

D’Arcy Short is always a good buy for your fantasy teams. In 11 matches, he has scored 306 runs at an average of 34 with the highest score of 73* and has even picked up 4 wickets.

Gurinder Sandhu is chipping in with wickets regularly for Sydney Thunder. In 7 matches in this competition, he has scalped 10 wickets with the best figures of 4 for 22.

Thomas Rogers is the leading wicket-taker for Hurricanes in this tournament. In 10 matches, he has picked up 15 wickets with the best figures of 3 for 24.

Ben McDermott is carrying his good run of form and still maintains his top spot in the most runs-scorers list. In 9 matches, he has scored 495 runs at an average of 61.87.

THU vs HUR Must Picks for Dream11 Fantasy Cricket: 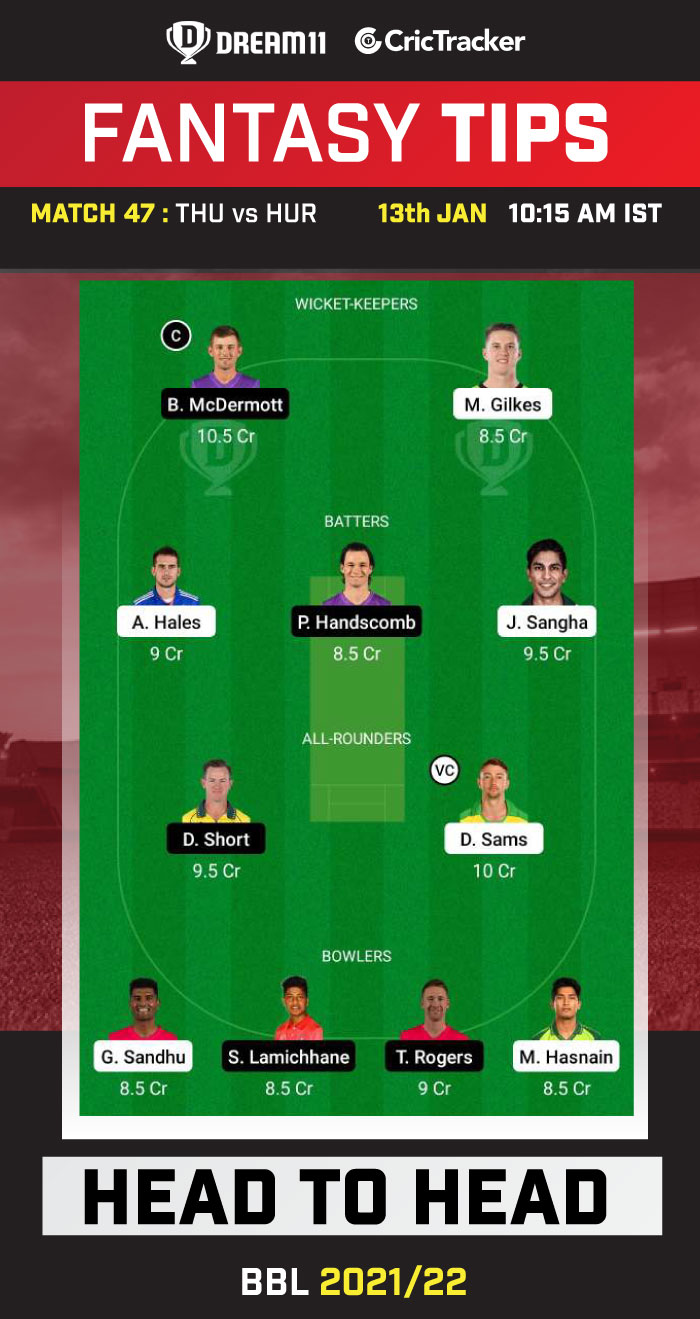 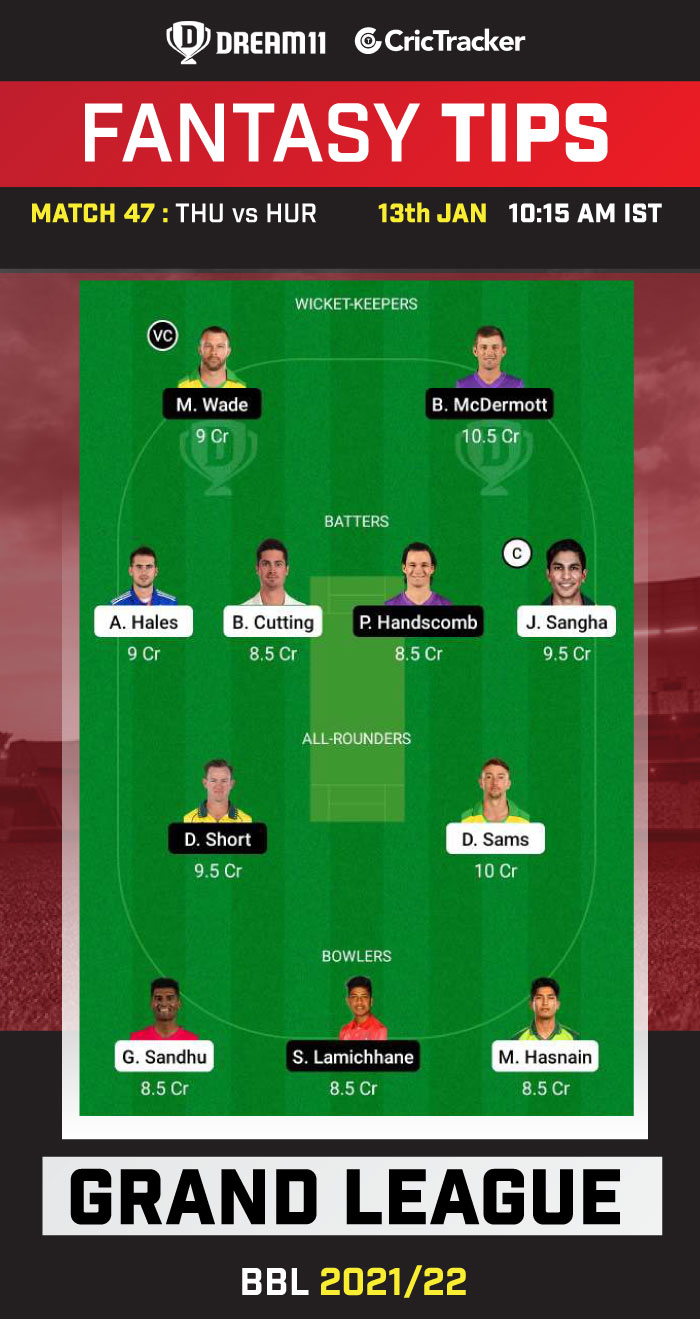 Alex Hales has scored 269 runs in 9 matches in this tournament with a match-winning knock of 80* runs against Hurricanes. It’s worth a risk and you can pick him as your fantasy team skipper.

Jordan Thompson has picked up 4 wickets and scored 27 runs so far in this tournament. Considering his average performances, it’s better to avoid him while making your fantasy teams.