Joe Clarke is a future star for England and is a must-pick for your fantasy teams.

Melbourne Renegades will battle it out against Melbourne Stars in the 48th match of the tournament. Both sides are in a must-win situation considering their position in the standings. Renegades are undergoing a rough patch as they have lost two back-to-back matches against Sixers and Thunder. With 3 wins, 7 losses, and a no result, they have positioned themselves at the 6th spot in the standings with 15 points.

Melbourne Stars, on the other hand, are still not able to get back to rhythm despite the return of their key players. They lost to Perth Scorchers in their previous encounter by 47 runs. With 4 wins and 6 losses, they are at the seventh spot in the standings with 14 points. They need to change their approach while batting if they want to qualify for the playoffs.

It’s a high-scoring venue. The teams batting first have scored 200 plus runs thrice in the last 4 matches played here. It’s always difficult to chase here and hence batting first is an excellent option.

Shaun Marsh is doing quite well for Renegades in this tournament by scoring useful runs. In 4 matches in this league, he has scored 125 runs at an average of 31.25, with the highest score of 57.

Hilton Cartwright is a hard-hitting batter who has got loads of potential to win matches. In 10 matches in this BBL, he has struck 283 runs at an average of 31.44 with the highest score of 79.

Renegades’ skipper Nic Maddinson has scored one half-century so far in this tournament. Overall in 8 matches, he has accumulated 128 runs and has also picked up 6 wickets.

Glenn Maxwell is unpredictable at times. He has got all the shots in the book and if he finds his form there is no stopping him. He has mustered 193 runs in 9 matches in this tournament and has picked up 2 wickets as well.

Kane Richardson is picking wickets regularly for Renegades. In 9 matches, he has bagged 18 wickets at an economy of 8.57 with the best figures of 4 for 32.

Adam Zampa is a clever bowler in this format of the game and knows exactly what needs to be done in pressure situations. He has scalped 6 wickets in this tournament at an economy of 8.03.

Joe Clarke is the leading run-scorer for Stars in this tournament. The Englishman has scored 303 runs in 9 matches at an average of 33.66 and a strike rate of 147.08.

REN vs STA Must Picks for Dream11 Fantasy Cricket: 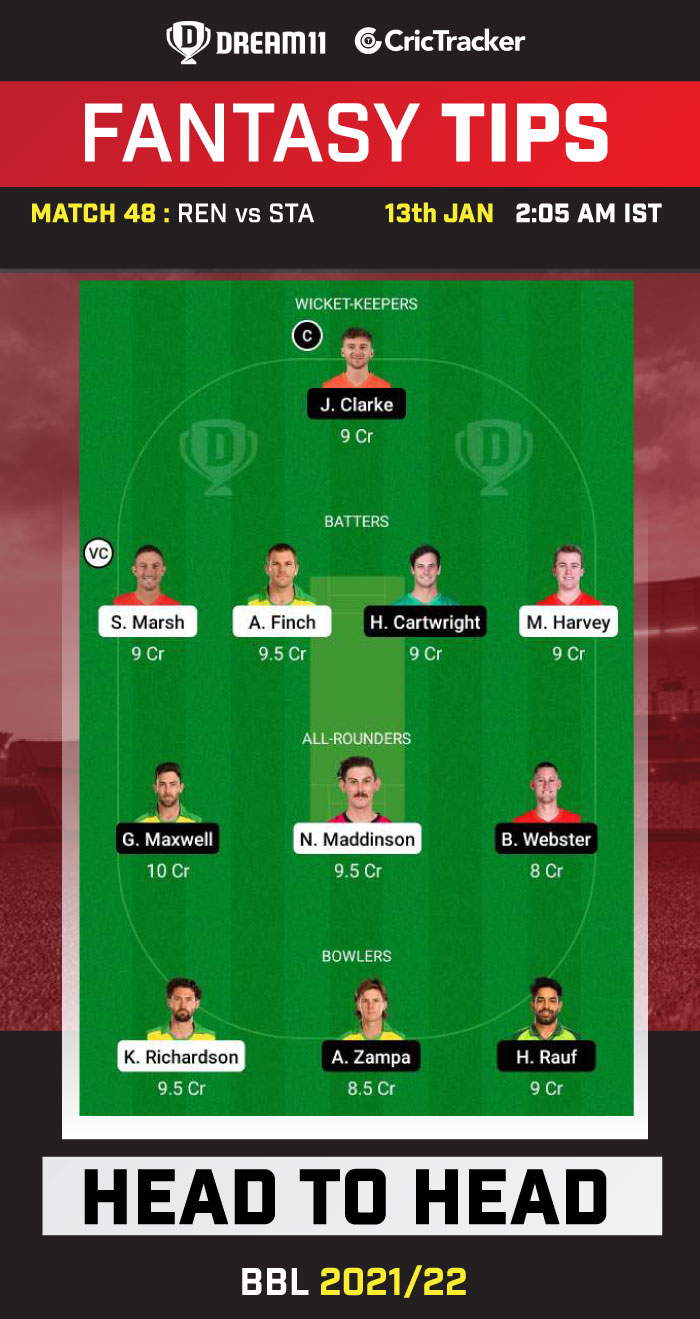 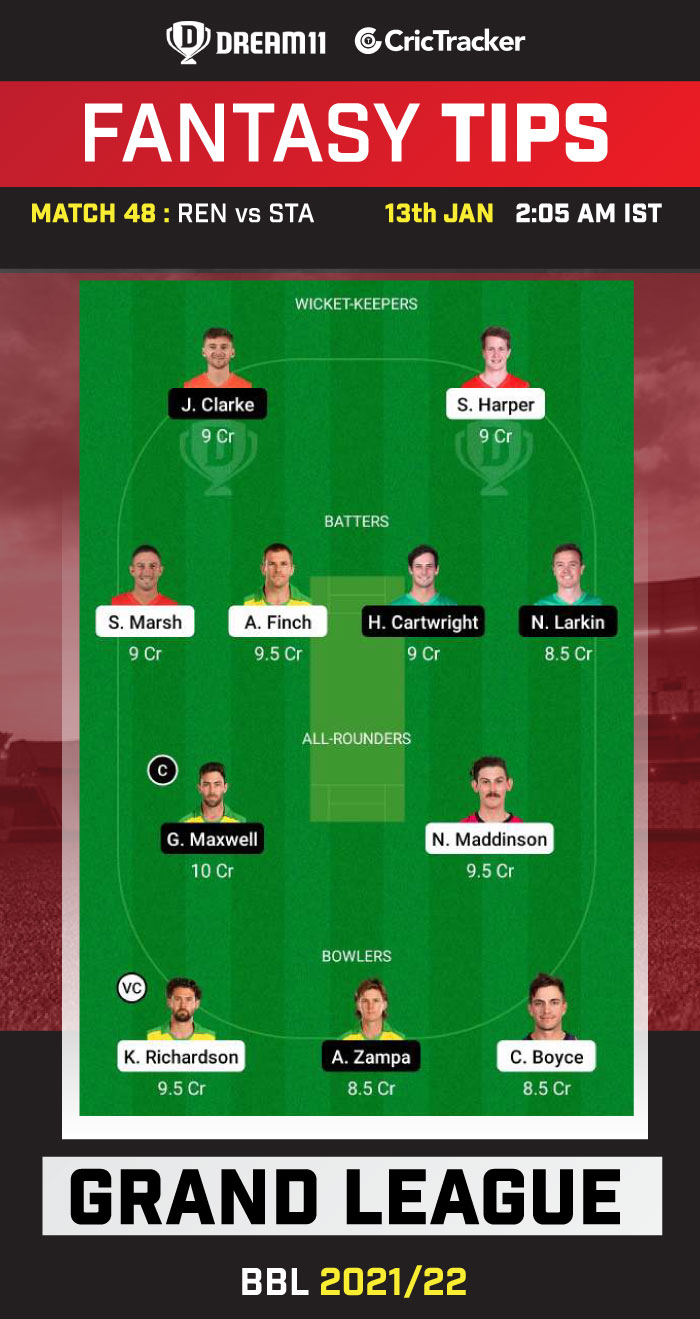 Aaron Finch averages 26.28 in 7 innings in this tournament. Considering his reasonable form, he is a risky captaincy pick for your fantasy teams.

Haris Rauf has bagged 7 wickets in 4 matches in this tournament at an economy of 8.06. You can take a risk and pick him as your fantasy team skipper.

Sam Rainbird has picked up one wicket and scored 10 runs in 2 matches in this tournament. It’s better to avoid him while making your fantasy teams.