Jason Sangha will be a good captaincy option for this encounter. 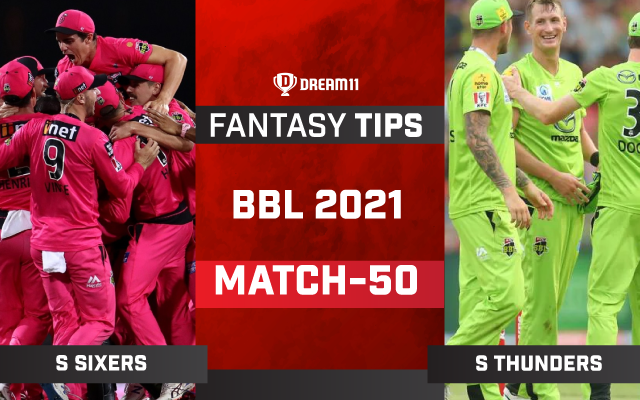 Sydney Sixers will go one-on-one against Sydney Thunder in the 50th match of the Big Bash League on Saturday. Sydney Sixers won the battle when these teams met each other last time by 30 runs. Both sides have been consistent right from the start and haven’t lost many matches. With 7 wins from 11 games, Sydney Sixers stitched on the second spot in the league table.

Coming to Sydney Thunder, they would be high on confidence after winning 4 out of the last five matches they played in this league. Their last defeat came against Hobart Hurricanes, as they failed to chase the total of 177 runs posted by the opposition. With 31 points in their bank, Sydney Thunder placed themselves at the second spot in the team standings.

Alex Hales is a quality player and knows how to score runs against quality sides. He has piled up 307 runs in his 10 outings in this tournament at an average of 34.11 and has a fabulous strike rate of well around 150.

Dan Christian will be a good buy for your fantasy teams. He has featured in 11 matches where he scored 195 runs at an average of 27.85 and had scalped 7 wickets with the ball as well.

The skipper of the side, Jason Sangha has been the best in business with the bat in this tournament for Sydney Thunder. He has mustered 360 runs at an average of 60 and has picked up 3 wickets as well.

Hayden Kerr is the pick of the bowler for Sixers in this tournament. In 11 matches, he has taken 17 wickets at an economy of 6.92 with the best figures reading 4 for 32.

Daniel Sams missed out on his century against Melbourne Renegades where he remained unbeaten on 98 runs. He has been impressive with his all-round performances in this BBL so far. In 12 games, he has picked up 16 wickets and has also scored 180 runs with the bat.

Josh Philippe has been exceptionally well with the bat in this tournament. After getting featured in 11 matches, the 24-year-old has scored 327 runs at an average of 36.33, with the highest score of unbeaten 99. 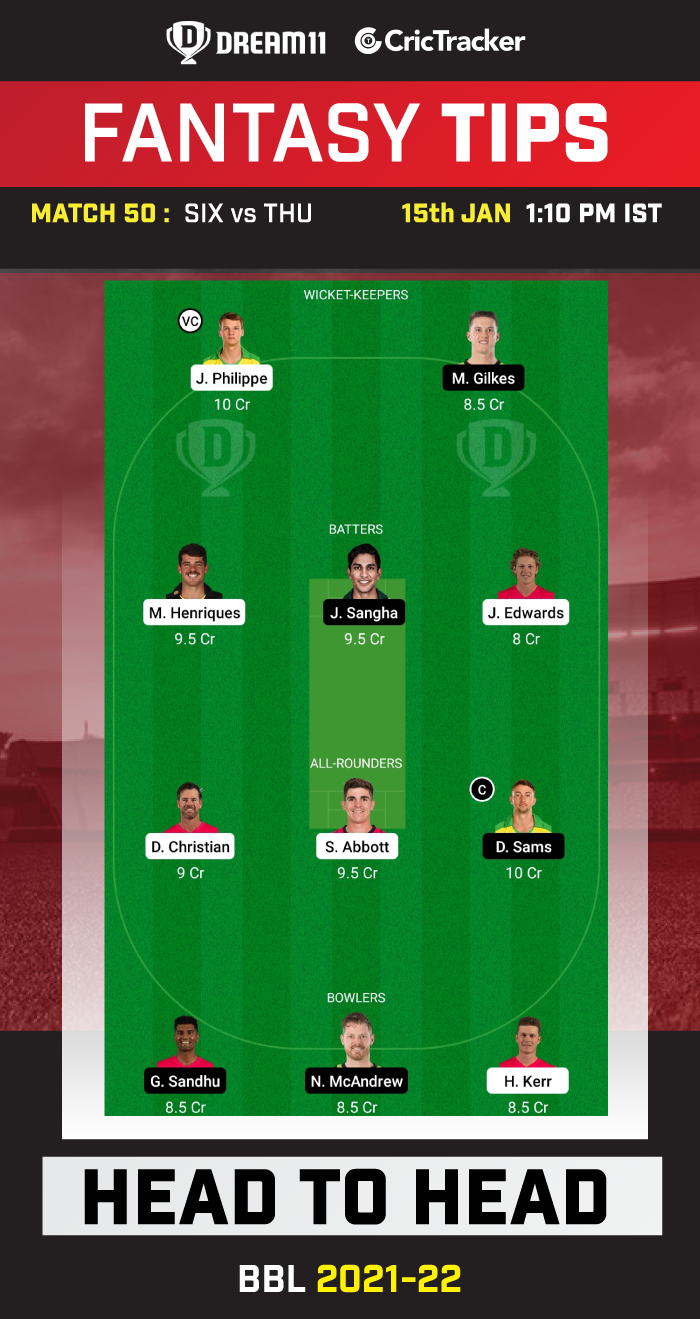 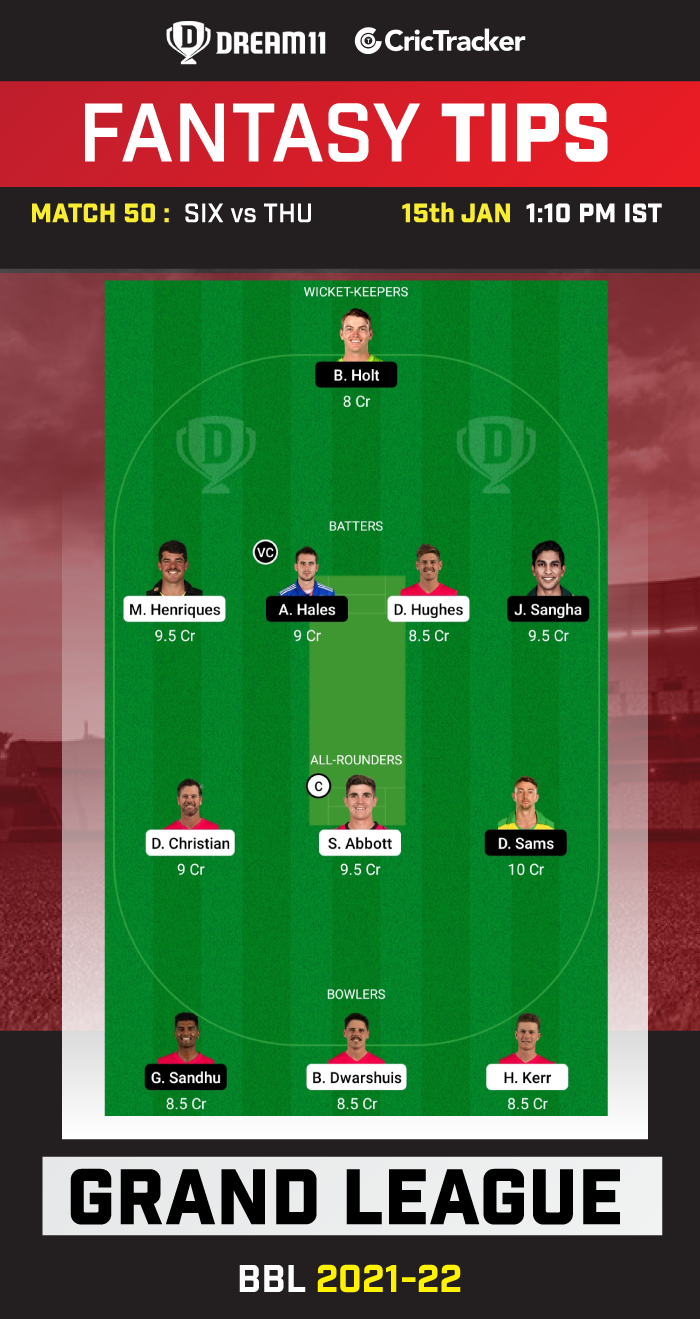 Matthew Gilkes has accumulated 287 runs in 12 matches in this tournament that he played at an average of 23.91, with the highest score of 93. He will be a risky captaincy option for your Dream11 fantasy teams.

Ben Cutting usually comes to bat down the order and has taken only one wicket after featuring in 10 matches in this competition. Hence, it is advisable to avoid him while making your fantasy teams.