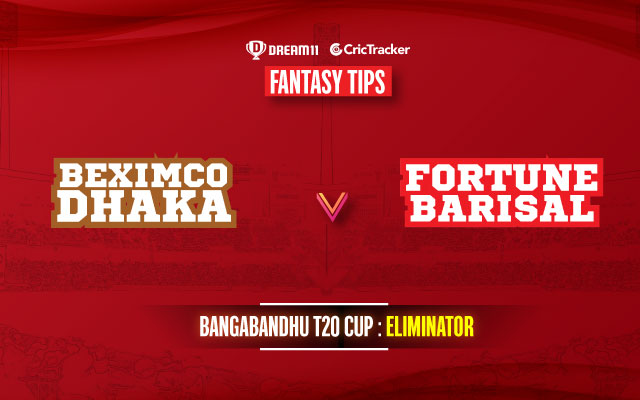 The Eliminator of the Bangabandhu T20 2020 will be played between Beximco Dhaka and Fortune Barishal at the Sher-e-Bangla National Stadium in Mirpur, Dhaka.

Beximco Dhaka made a horrendous start to the tournament, losing their first three games and languishing at the bottom of the points table. But with four wins from there on, Mushfiqur Rahim and Co staged a stupendous comeback. In the last game, they went down to Fortune Barishal by two runs.

Against the same opponent, they would be up against in the first of Monday’s doubleheader. But they have beaten Barishal once by seven wickets. Barishal, on the other hand, somehow managed to go through to the playoffs.

Their last match against Dhaka was a must-win affair. Minister Group Rajshahi, who started the tournament with two wins in a row. But to their dismay, they entered into a six-match losing streak and were knocked out after Barishal’s win over Dhaka.

The temperature during match time would be around the 25 degrees Celsius mark. The cloud cover won’t be high either, meaning minimum chances of rain. The humidity will mostly be in the 50s.

The pitch in Dhaka started being bowler-friendly with scores under 100 being registered. However, it has become good for batting with the average first innings score going up by a significant extent.

(Nayeem Hasan has been ruled out of the tournament due to a finger injury. Arafat Sunny Jr has been roped in as his replacement)

Tamim Iqbal couldn’t score big in the last game, but the fact that he has been the standout batter for Barishal can’t be denied. In the big match, the southpaw will be looking for a captain’s knock.

Naim Shaikh had a bit of a lean patch after he played two decent knocks. But the century he smashed on Saturday night would be keeping him in good stead going into the must-win game.

Yasir Ali Chowdhury has been very consistent for Dhaka over the last few games. In seven games, he has scored 216 runs with a top score of 67. The right-hander would want another useful knock.

Muktar Ali, among the regular bowlers, has been the most expensive. But that’s because he bowls at the death. In eight games, he has 13 wickets and is also the leading wicket-taker for Dhaka.

Sabbir Rahman has given glimpses of his best ever since he has started opening the batting. He has played the big shots and if he gets his eye in, he can wreak havoc in the opposition camp. 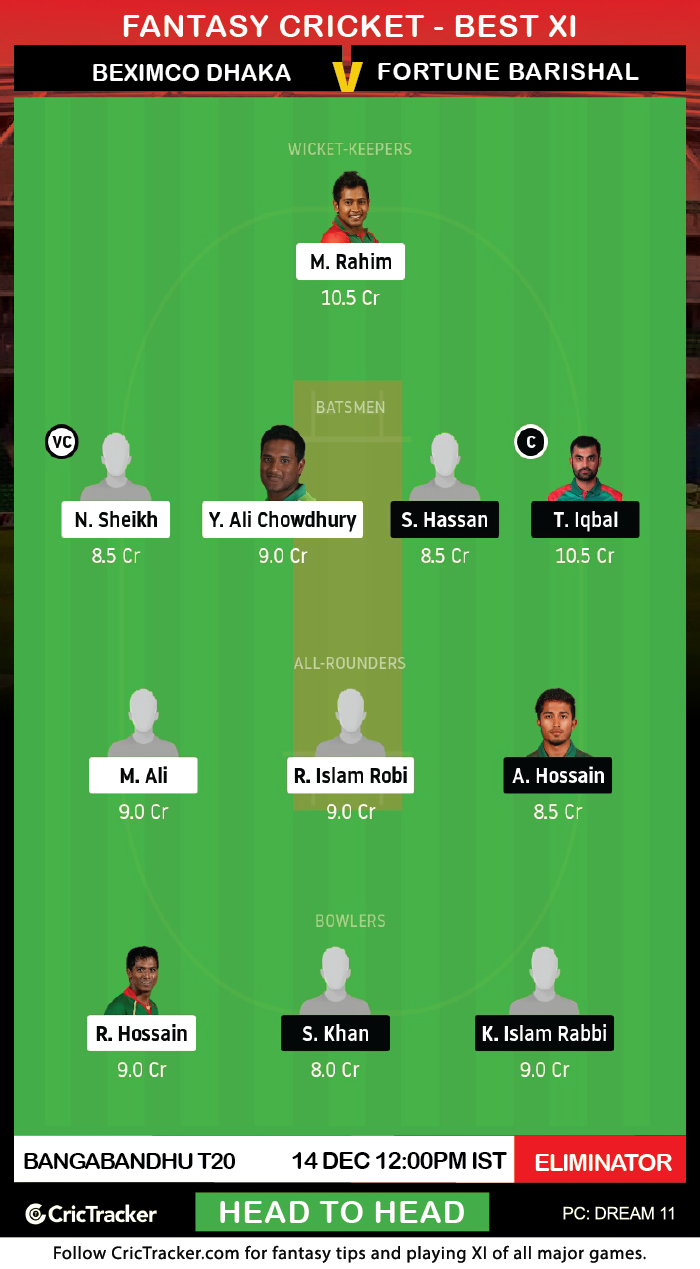 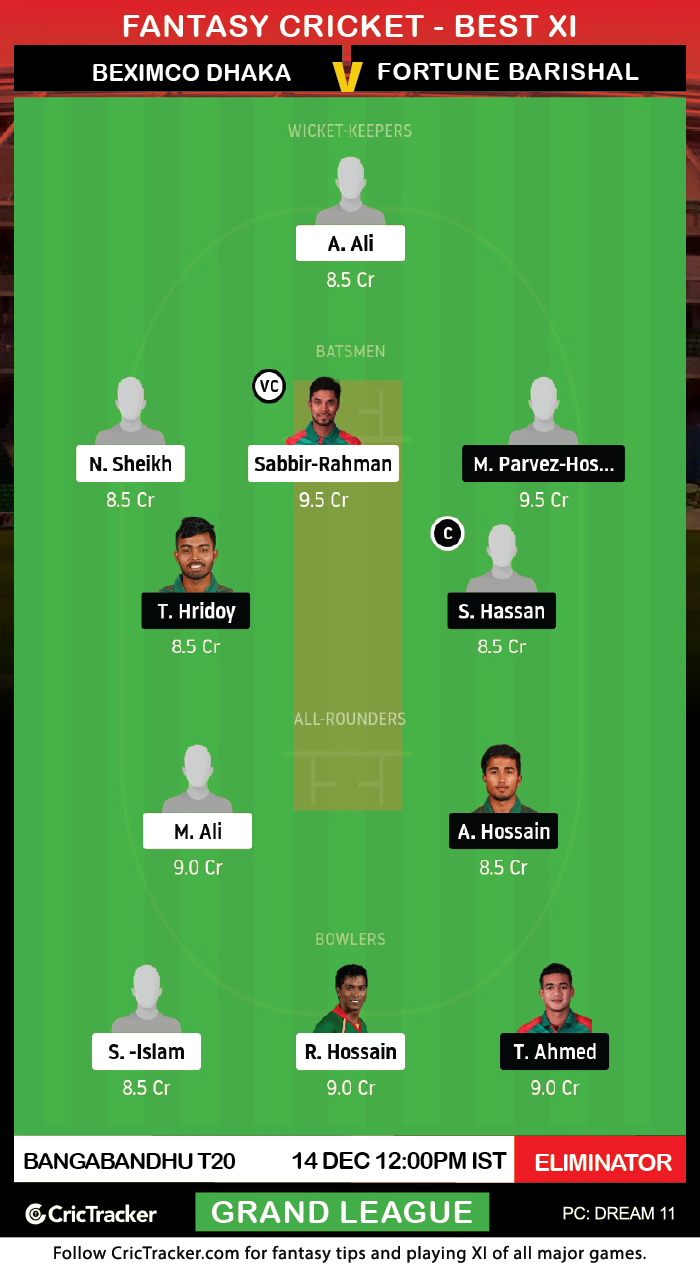 Pack you team with more batsmen and pick bowlers, who come in at the death as that’s where the chance of taking wickets lies.

Beximco Dhaka are expected to win the match.