Making an out-of-form Shakib Al Hasan a multiplier may not be a risk since Khulna's opponent Dhaka are in horrendous form. 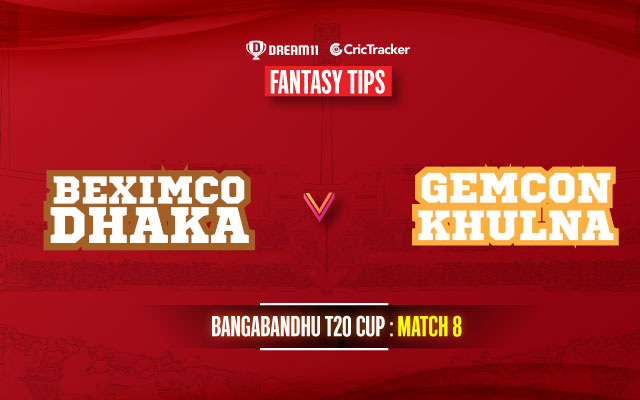 The 8th match of the Bangabandhu T20 2020 will be played between Beximco Dhaka and Gemcon Khulna at the Sher-e-Bangla National Stadium in Mirpur, Dhaka.

Gemcon Khulna and Beximco Dhaka haven’t been consistent at all. Khulna were rescued by Ariful Haque in their first game, but they lost their next two matches against Minister Group Rajshahi and Gazi Group Chattogram. In fact, in their last game, they were bowled out for 86 in 17.5 overs. Their big guns, Imrul Kayes, Shakib Al Hasan and Mahmudullah Riyad, are yet to fire on all cylinders.

In their next match in the first of Monday’s doubleheader, Khulna would be facing Beximco Dhaka, who are in even more dismal form. Dhaka, led by Mushfiqur Rahim, are currently, the cellar-dwellers, losing both their matches. They also have the worst net run rate of -2.025. However, against an out-of-form Khulna unit, Dhaka would be looking to make a comeback with a victory.

The weather conditions in Dhaka will be pleasant enough. With no chances of rain, the temperature will be around the 24 degrees Celsius mark. The humidity will be on the higher side with the numbers in the high-70s. There will be dew in the second half.

The pitch in Mirpur is expected to be a slow and low one. But batting at night might be a tad easier. Also, teams should opt to field first mostly due to the dew factor, which is likely to play a role in the second half. There are no chances of rain.

Shakib Al Hasan is yet to fire with the bat in hand and he hasn’t picked many wickets either. But keeping in mind his talent, he is expected to fire in the next game.

Mahmudullah is another class act, who hasn’t quite stepped on the gas thus far in the tournament. He has only one wicket and 25 runs to show for his efforts.

Naim Shaikh has arguably been the standout batter for Dhaka in the tournament. Having scored 66 runs with a top score of 40, he hasn’t looked at his worst by any means.

Muktar Ali picked up three wickets in the first game and also scored some useful runs lower down the order. With over 100 fantasy points, he shouldn’t be left out.

Ariful Haque is currently the leading run-scorer for Khulna in the T20 tournament. He has 104 runs at a strike-rate of 109, though he bats in the middle-order. 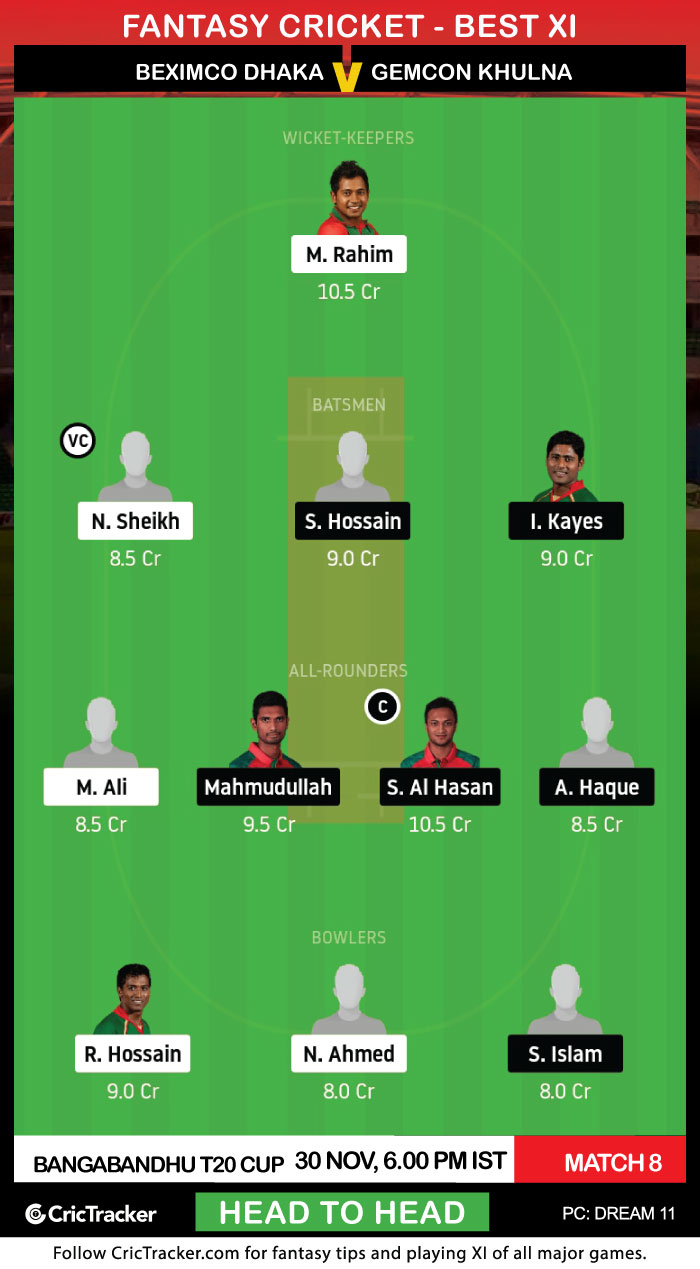 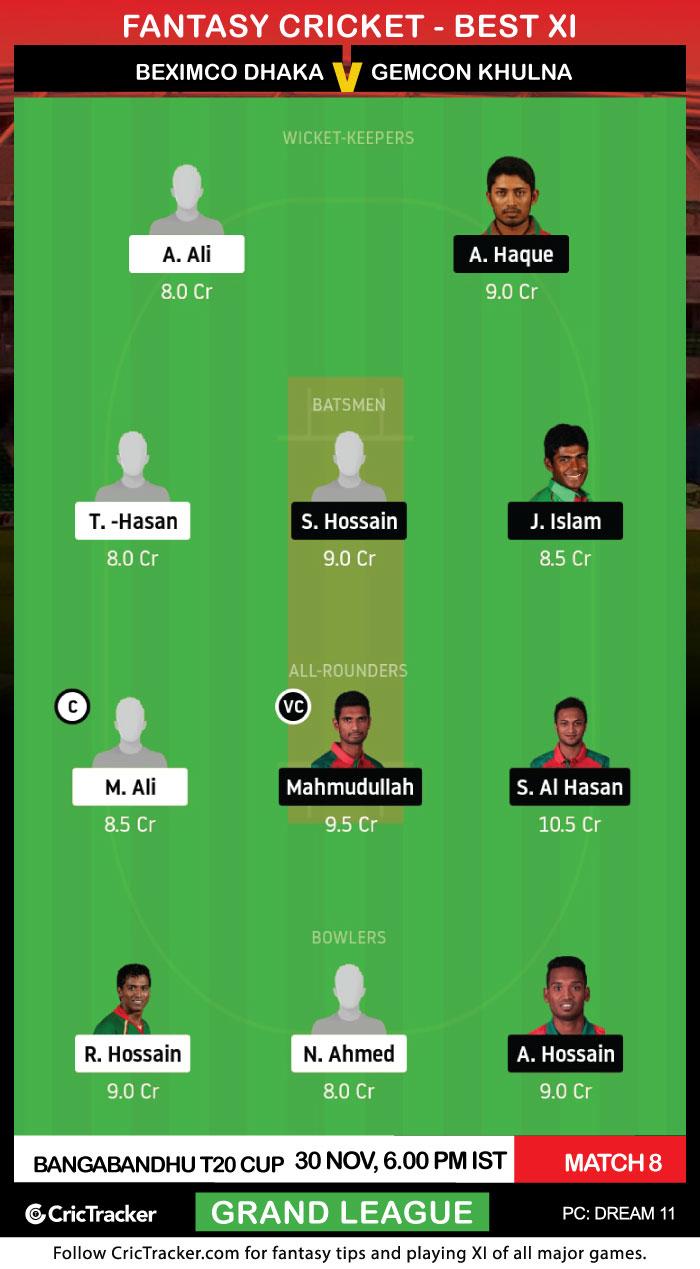 Shakib Al Hasan opened the batting in the last game. Hence, you can afford to make him the captain as he will also be bowling his quota of four overs. It’s a matter of time before a player of Shakib’s class returns to form.