Dillon Douglas has scored 200 plus with the bat besides that he has taken 11 wickets with the ball for LSH. He must be included in your Dream11 fantasy team and he's a suitable choice to lead the team.

The 3rd Eliminator of the Vincy Premier League will be played between Botanical Gardens Rangers and La Soufriere Hikers at Arnos Vale Sporting Complex, St Vincent.

Their top order didn’t fire as they went on to lose by 5 wickets against the Salt Pond Breakers. Their batting mainly depends on Hyron Shallow, Emmanuel Stewart, and Keron Cottoy. The bowlers are doing a decent job for them. Though losing in the first Eliminator they are getting one more opportunity and they want to make it count.

On the Contrary, by finishing in the 4th spot in the points table La Soufriere Hikers beat Dark View Explorers in the 2nd Eliminator by 9 wickets. They had a modest of tournaments in the league stage having won only 3 matches, but the 2nd Eliminator win had boosted their confidence and they are one of the strong contenders to qualify for the finals.

After scoring 9 runs from the first 5 matches skipper Desron Maloney and had scored 147 runs in the next 4 innings which is a positive note for LSH. Dillon Douglas has been the consistent performer for LSH in all the departments. It’s going to be an interesting battle whoever wins this match will face Salt Pond Breakers in the final.

The temperature will be around 28 degrees Celsius with a humidity of 78 percent. Unfortunately, there are 40 percent chances of precipitation for this match.

The pitch may help bowlers initially and it will become easy for the batters in the latter half as the game progresses, by considering the previous matches batting first has become quite tough and huge scores are hard to come by. Whoever wins the toss should look to bowl first.

Dillon Douglas has scored the most runs and picked up most wickets for LSH, with the bat he has scored 212 runs in 9 innings at an average of 35.33 with a strike rate of 173.77 while with the ball he has picked up 11 wickets at an economy of 10.69. 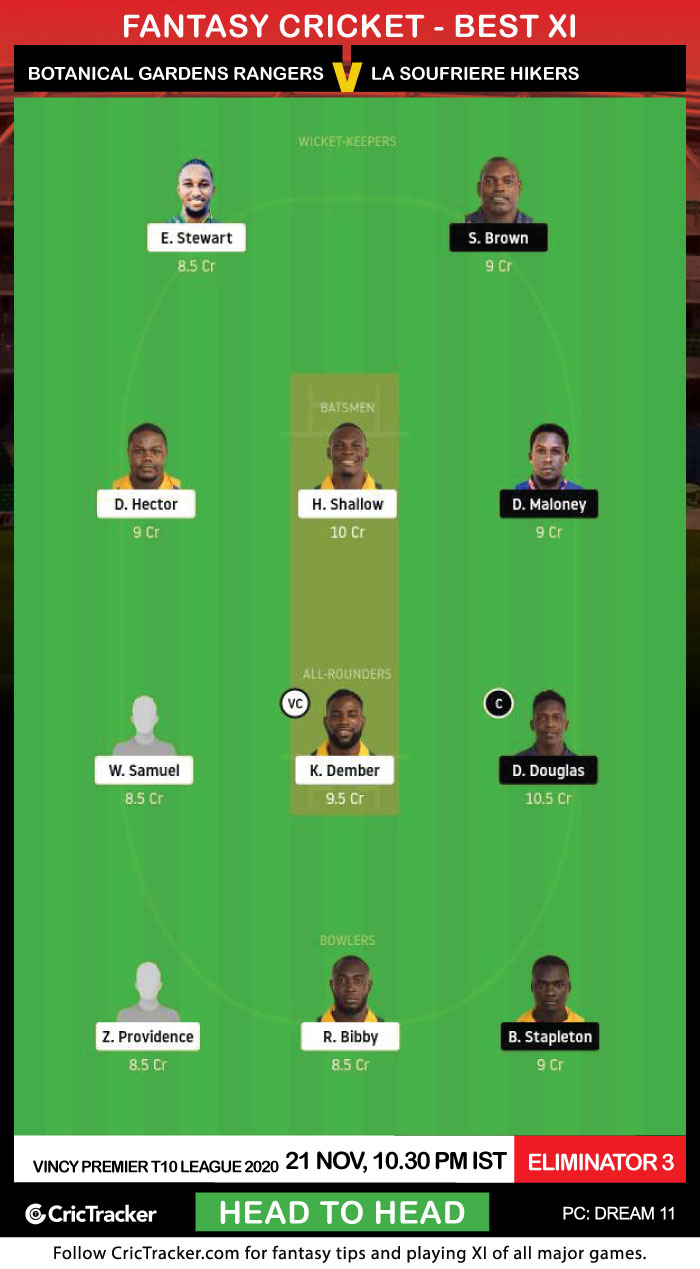 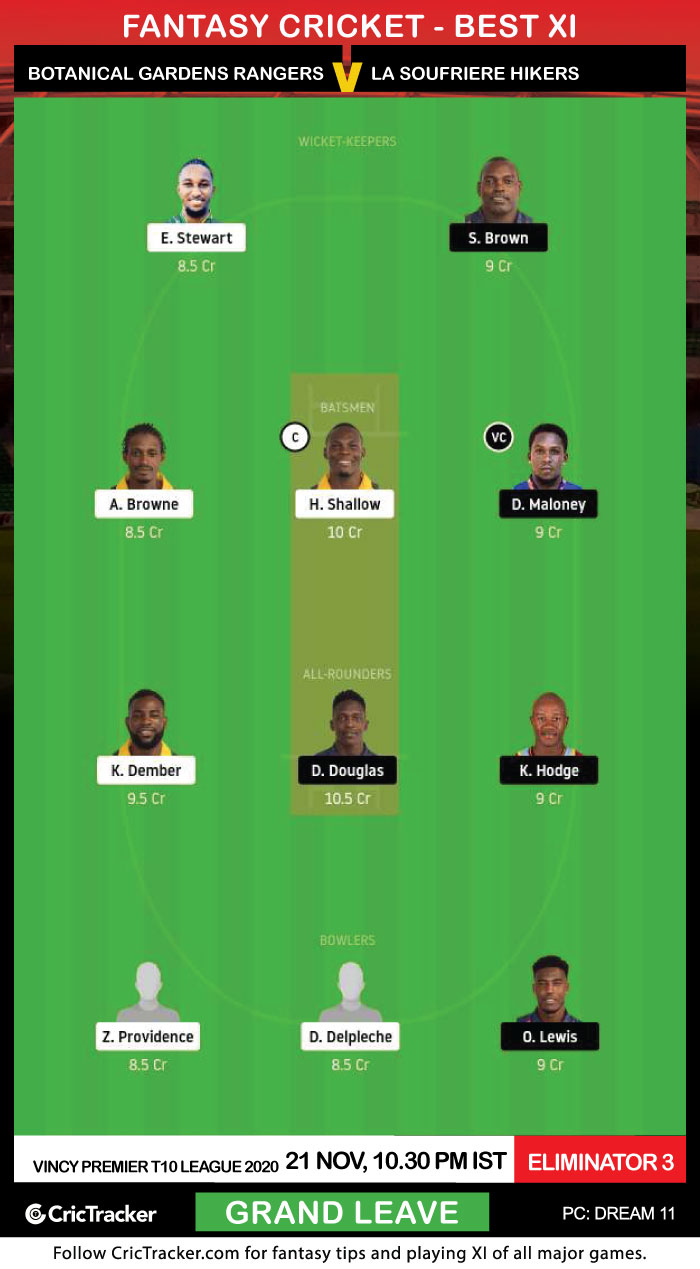 Dillon Douglas has scored 200 plus with the bat besides that he has taken 11 wickets with the ball for LSH. He must be included in your Dream11 fantasy team and he’s a suitable choice to lead the team.