Delorn Johnson has been bowling well by not conceding easy runs, his batting strike rate at the death is excellent. He must be included in your Dream11 fantasy team at any cost.

The 17th match of the Vincy Premier League will be played between Botanical Gardens Rangers and Salt Pond Breakers at Arnos Vale Sporting Complex, St Vincent.

At the top of the table clash, Botanical Gardens Rangers will take on Salt Pond Breakers in the 17th match of the Vincy Premier League on Sunday. They have won 4 of their 5 matches, and one match was washed out because of rain. They have consistently performed well with both bat & ball and thus they have earned their No.1 position in the points table with 9 points to their name.

Bowlers are delivering really well for the team by picking up wickets and not giving away easy runs. Zemron Providence and Kimali Williams are the pick of the bowlers picking up 7 and 6 wickets respectively. With Hyron Shallow, Emmanuel Stewart, Keron Cottoy and skipper Kenneth Dember batting look formidable. The team looks more balanced and settled, they want to extend their winning streak against Salt Pond Breakers also.

On the other hand, Salt Pond Breakers are coming to this match on the back of their victory over Fort Charlotte Strikers by 36 runs. With 3 wins and 2 no results, they are at 2nd position in the points table with 8 points. They are a bit unlucky as their two matches being washed out.

Skipper Sunil Ambris providing a good start for the team equally good finishing touch given by Delorn Johnson. Johnson is the leading wicket-taker as well for SPB with 8 wickets. Both the teams have won their previous matches and are in great shape, whoever wins this match will go to the top of the table.

The temperature will be around 29 degrees Celsius and the humidity will be 82 percent. There are 80 percent chances of precipitation for this match.

From the past few days the pitch turned down to be a neutral one, both batters and bowlers are getting equal support from this track. Having said we have seen a couple of 100-plus totals. Whoever wins the toss should bat first and put runs on the board.

Botanical Gardens Rangers skipper Kenneth Dember has scored 66 runs in 3 innings at an average of 66 with a strike rate of 160.97, with the ball he has picked up 2 wickets at an economy of 10.16.

Kimali Williams has been very economical in this tournament, he has picked up 6 wickets at an economy of just under 6.

Delorn Johnson finishing well at the end with the bat, he has scored 65 runs in 4 innings at an average of 32.5 with an extraordinary strike rate of 325. He also impressed with his bowling by picking up 8 wickets at an economy of 7.75. 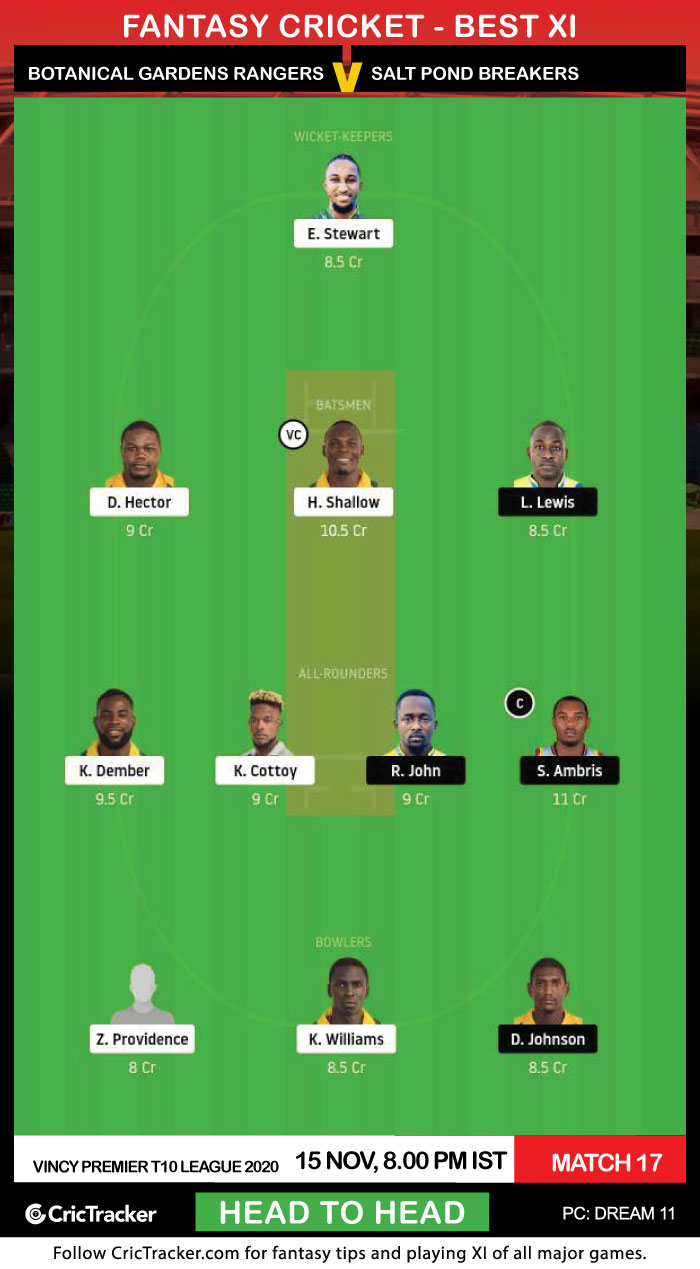 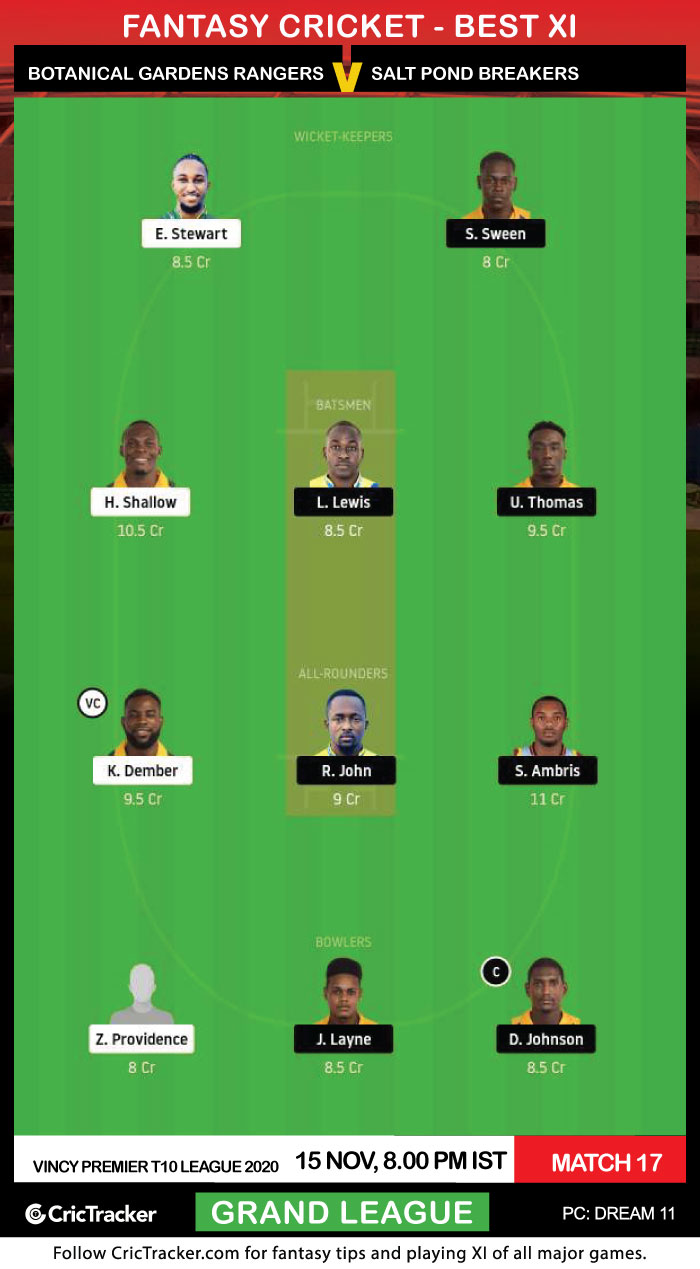 Delorn Johnson has been bowling well by not conceding easy runs, his batting strike rate at the death is excellent. He must be included in your Dream11 fantasy team at any cost.