Better to pick more all-rounders and make them multipliers for this encounter. 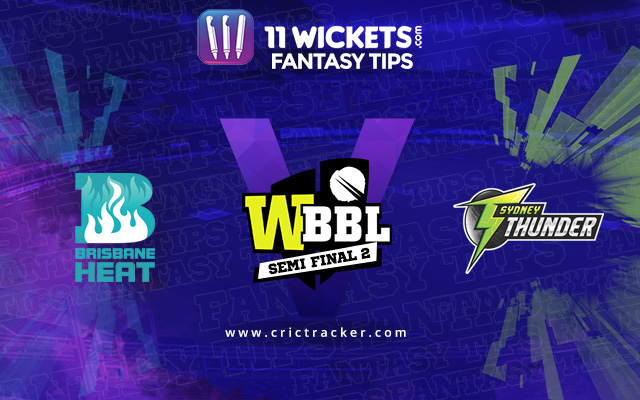 The 2nd Semi-Final of the Women’s Big Bash League (WBBL) 2020 will be played between the Brisbane Heat Women and the Sydney Thunder Women.

The match will be telecasted on Sony Six.

The temperature is expected to be around 23 degree Celsius.

The pitch is expected to give a first innings score around 150.

Heather Knight has taken 9 wickets and has also scored 403 runs.

Suggested Playing XI No.1 for BH-W vs ST-W Fantasy Cricket: 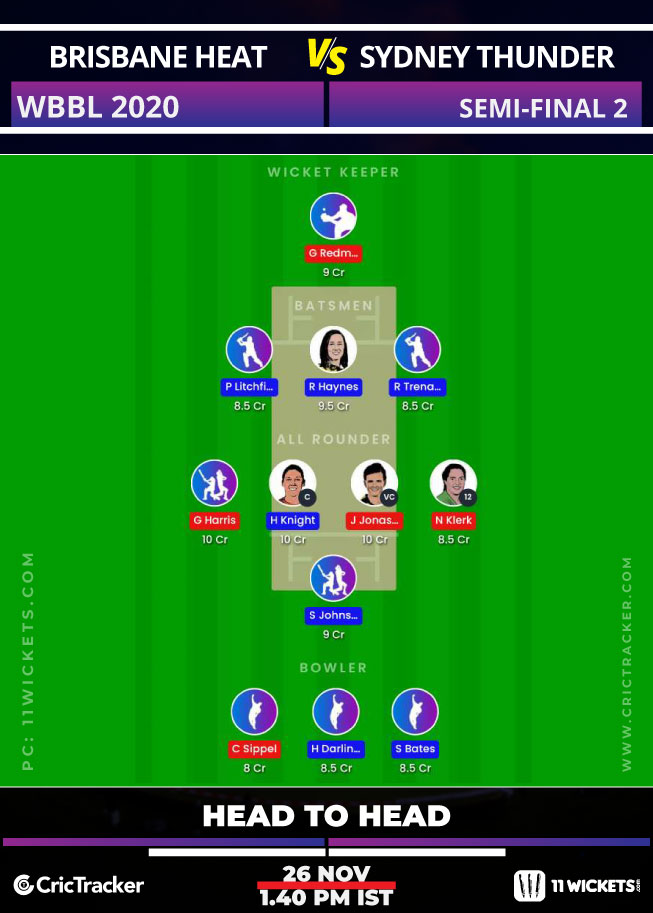 Suggested Playing XI No.2 for BH-W vs ST-W Fantasy Cricket: 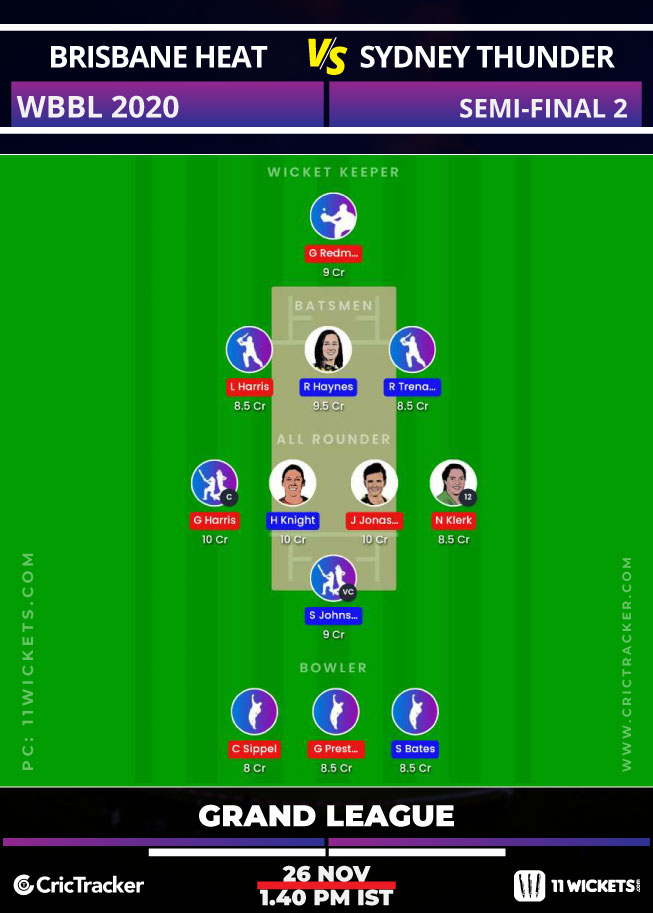 Better to pick more all-rounders and make them multipliers for this encounter.

Brisbane Heat Women are expected to win this game.