Jordan Thompson scored 168 runs from four innings with the bat and also bagged as many as ten wickets.

The North Group match in Bob Willis Trophy, 2020 will be played between Yorkshire and Lancashire at the Headingley in Leeds.

Yorkshire and Lancashire will lock horns in the 4th round of the Bob Willies Trophy at the Headingley in Leeds. Both the teams are missing some of their key players due to upcoming T20I series against Pakistan. Lancashire will lose the services of Saqib Mahmood and Liam Livingstone while the hosts Yorkshire lose the double centurion in the last match, Dawid Malan alongside Jonny Bairstow and David Willey. The Yorkshire team won their first two matches in the competition and drew the previous round match against Derbyshire which was troubled by rain.

All the four days of the match remain under the threat of showers and light rain but the intensity on the final day could be tad high.

The last round’s match at the Headingley witnessed both the teams aggregating 700 runs for the loss of only 13 wickets. The pitch could provide a bit of help to the pacers with the new ball but will remain flat for a majority part.

Harry Brook has aggregated 199 runs in the five innings he batted with help of two fifties and a couple of 30+ scores.

Jordan Thompson scored 168 runs from four innings with the bat and also bagged as many as ten wickets.

Alex Davies scored 178 runs in five innings during this tournament with help of two fifties an also claimed six catches.

Steven Croft scored 190 runs in four innings in the competition with help of three fifties but bowled only one over. 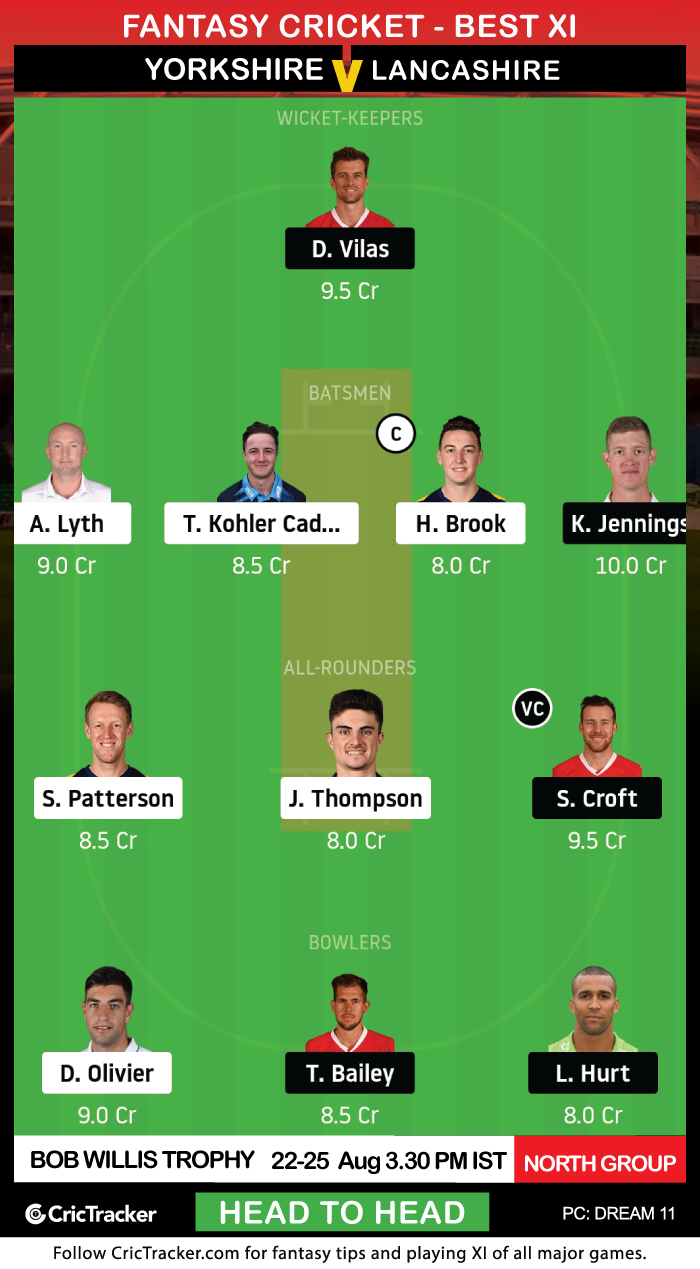 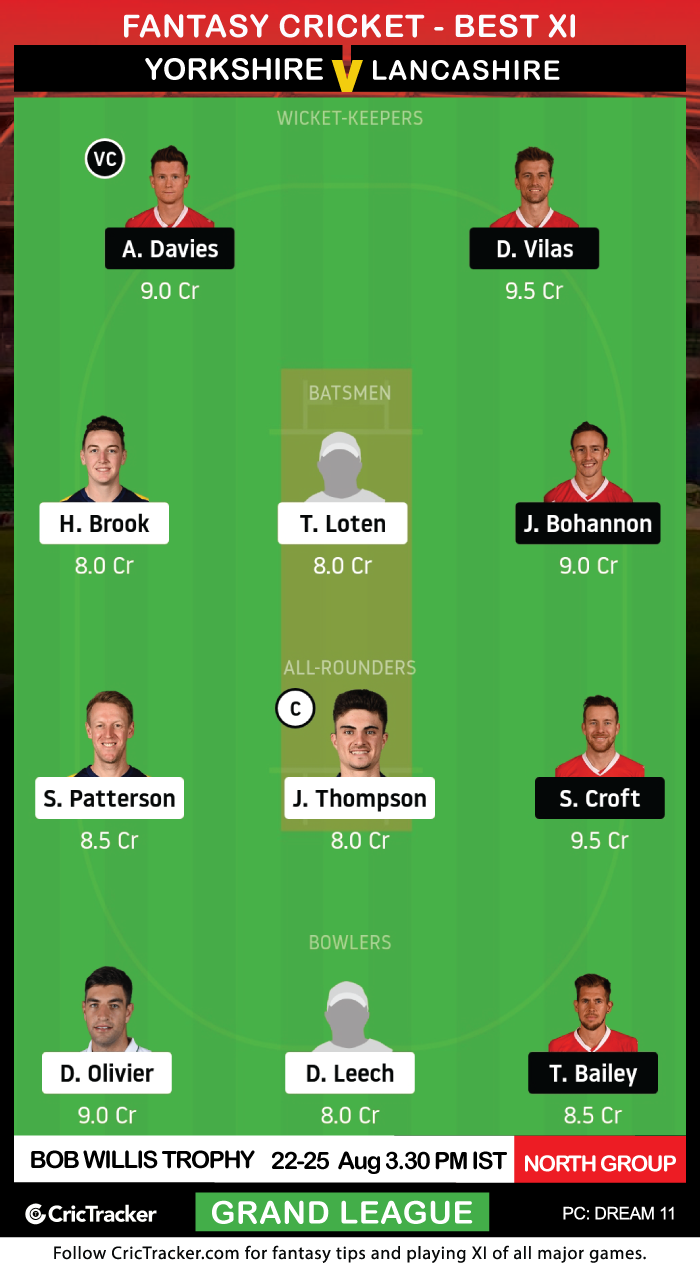 There are as many as three good options in the category of wicketkeepers in the form of Dane Vilas, Alex Davies and Jonny Tattersall. Vilas is known for producing big knocks while Tattersall is assured of 20-30 every innings. Davies, on the other hand, opens the batting and is likely to have the highest potential in providing big points among the three.

Yorkshire is expected to register their third win of the tournament if the rain stays away for a considerable amount of time through the game.