Muhammad Tarar is a good captaincy option in this match.

The 15th match of the ongoing ECS T10 Sweden will be played between Botkyrka and Stockholm at Norsborg Cricket Ground, Stockholm.

The match will start at 4:30 PM IST (1 PM local time). It will be streamed live on Fancode in India.

The 15th match of the ECS T10 Sweden will see the Botkyrka and Stockholm locking horns against each other on Thursday. Both the sides are in the middle of Group A points table and will be keen on getting a move on up in the table with a win in this game.

Botkyrka have done fairly well winning three matches out of the five they’ve played so far in the tournament. They are currently at the second place while their opposition Stockholm have won two games and are placed at the third position.

Captaincy Picks for BOT vs STO

Muhammad Tahir Tarar has been good form with the bat so far in this tournament. He has scored 87 runs in the matches he has played and has also brought his all-round game to the fore. Muhammad has shone with the ball as well accounting for six wickets so far.

Archan Vaidya started playing late in the tournament and has featured only in two matches so far. But he has had a great impact for his team scoring 112 runs already. He has been effective with the ball as well and has picked up one wicket. 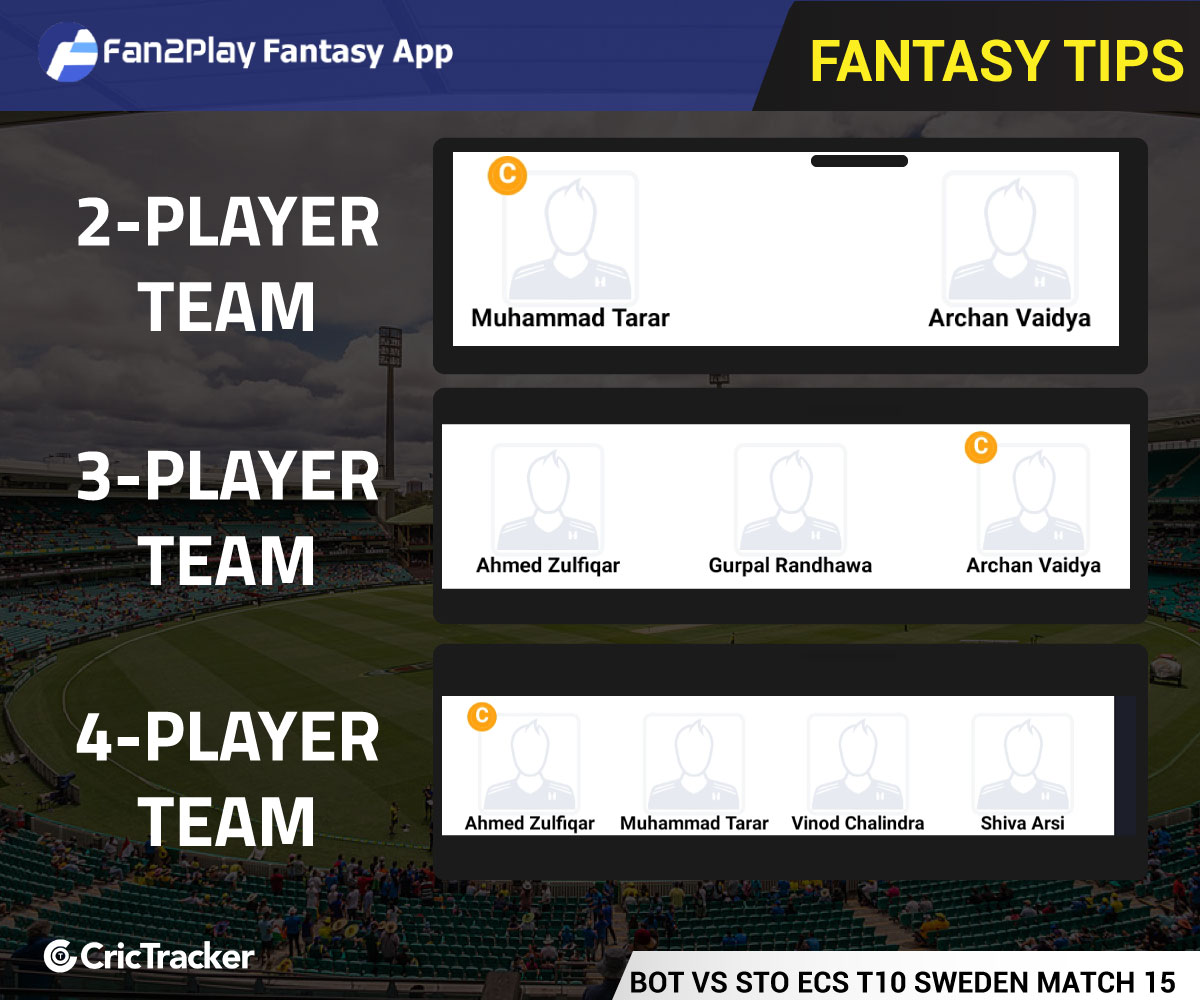 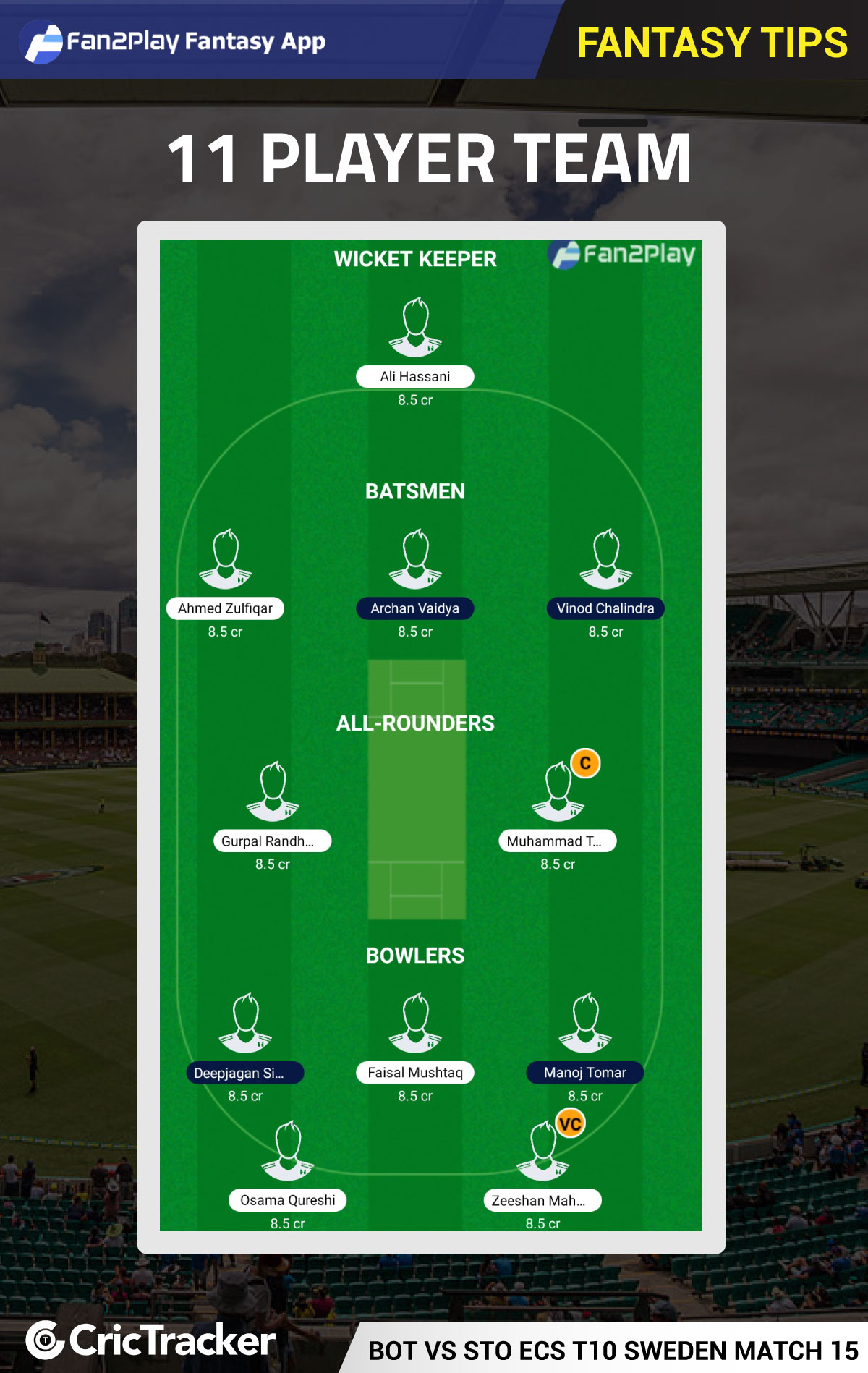