After having lost 10 of their 11 fixtures in the 2019-20 Bangabandhu BPL, the Sylhet Thunder have nothing but pride to play for when they take on Cumilla Warriors in their final league stage encounter on Tuesday. The Thunder fought well in the last game but could not convert it into a victory as Rajshahi Royals chased their total of 143 in just 15.1 overs thanks to a whirlwind opening stand between Liton Das [36] and Afif Hossain, who scored a 30-ball 46.

They’ll now face Cumilla Warriors, who come into this game on the back of two-match winning streak. Their latest win came against the same opponents- Sylhet Thunder- in what turned out to be a nerve-jangler of an encounter; one that was eventually decided via a Super Over. This was after Mujeeb Ur-Rahman’s whirlwind spell of 4-12 helped the Warriors holding Sylhet Thunder on the same score that they had posted in their first innings [140].

It is expected to be a bright and sunny day in Dhaka on Tuesday. According to the weather report, there is no chance of rain on Tuesday. The temperature will fluctuate between 13-23 degrees Celsius while the humidity is set to hover around 64%.

The pitch at Dhaka during the first leg offered a fair balance between the bat and the ball. The dew played a substantial part in the second half of the game and nine out of the 16 games at the venue were won by the chasing teams. Both the captains will be hoping to win the toss and opt to bowl first.

Average first innings score:– 161 [In the last five games at the venue this season]

Dawid Malan has re-joined the Warriors after attending his ill wife in England and is available for this match.

Cumilla Warriors- Dawid Malan will return to the playing XI after having missed out on the last game. The English International is the leading run-scorer [377 runs at 62.83] for the Warriors, and he along with Upul Tharanga and Soumya Sarkar [246 runs at 30.75] will lead the batting unit.

As far as the bowling is concerned, Ebadot Hossain [13 wickets at 22.15] has been their most successful bowler while Sherfane Rutherford [6 wickets at 22.33] has also impressed with his bowling. 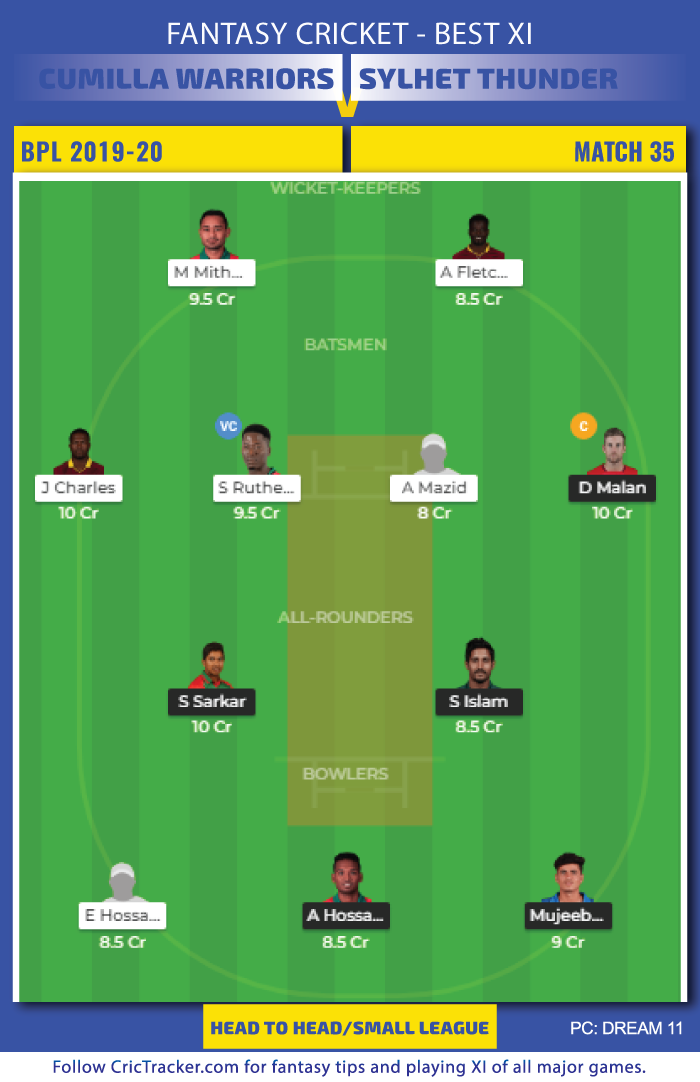 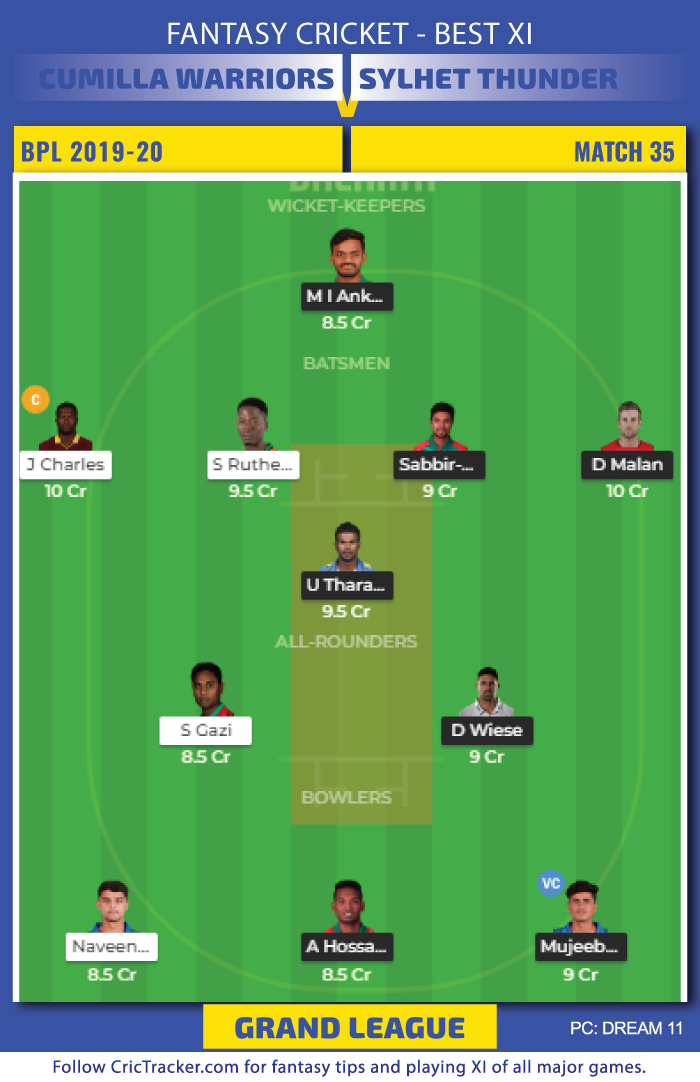 There is a lot of uncertainty around the playing XIs in the BPL. Teams make unexpected changes. It would be better to wait for the playing XIs to be announced before finalizing your Fantasy teams. You can visit CricTracker website after toss for the updated playing XIs.