Chris Gayle has joined the Challengers and is set to be their part for the rest of the season.

The Chattogram Challengers are placed second in the points table in the ongoing edition of the Bangabandhu BPL 2019-20. Imrul Kayes and Co are already through to the playoffs and now would be aiming to cement their position in the top two. In their last match, the Challengers beat the Khulna Tigers by six wickets. Their next match is against the Rajshahi Royals in Mirpur on Tuesday.

The Royals won’t be an easy proposition for the Challengers by any means. With 14 points from 10 matches, Rajshahi are the table-toppers with a net run rate of +0.472. Their last two victories versus the Rangpur Riders and Sylhet Thunder were pretty comprehensive ones. But rolling over the Challengers won’t be a walk in the park. A win will help them strengthen their grip on the top spot.

The pitch in Mirpur has been sporting ones thus far. Nine out of the 16 matches have been won by the team, batting second. Both sides have bowled well and may not mind even defending targets. An overly high-scoring affair may not be on the cards. The conditions will be cool with the temperature around the 18 degrees Celsius mark. The humidity will be in the high 70s and 80s.

Chris Gayle has reached Dhaka and has joined the Challengers. The veteran is now set to be a part of the team for the rest of the T20 league. Chattogram’s batting has depth, one of the reasons behind their dominant run. Lendl Simmons and Junaid Siddiqui have flourished at the top of the order.

Imrul Kayes made a strong comeback last time after recovering from a hamstring injury. Walton and Nurul Hasan have lent solidity to the middle order. Mehedi Hasan Rana and Rubel Hossain have a combined tally of 30 wickets. Their economy of around seven has also kept the batters in check.

Andre Russell missed the last couple of games and it’s yet not when he will return. Mohammad Nawaz, who came in as Dre-Russ’ replacement, hasn’t flattered to deceive. Having picked two wickets at an economy of 4.50 and scoring 32 runs, striking at 200, he has been pretty decent.

Afif Hossain and Liton Das have been consistent throughout. Afif has also done his bit with his off-breaks. The middle-order has depended heavily on Ravi Bopara and Shoaib Malik. The duo has played key roles with the ball as well. Mohammad Irfan has seven wickets at an economy of 6.07. 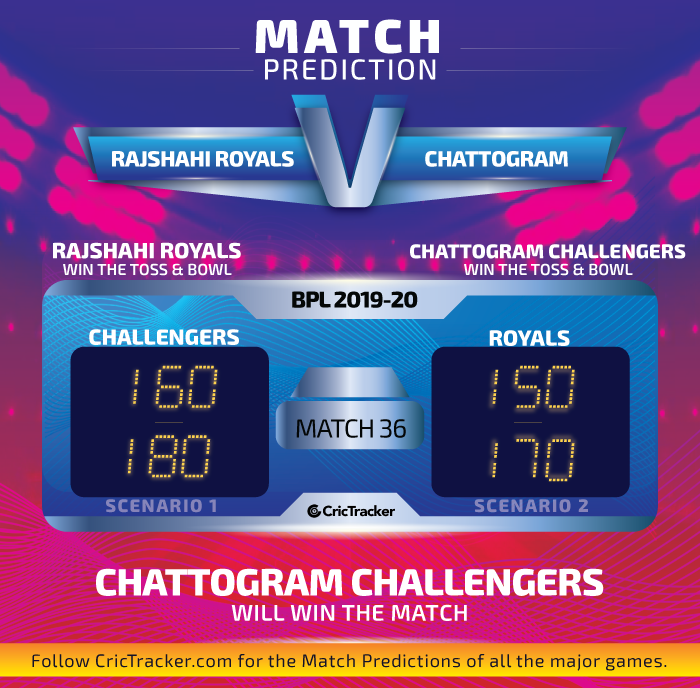