BPL 2019-20 is heading towards its final stages and the competition is touching its peak. There is still a tough fight going on between the teams to qualify for the semi-final of the ongoing tournament. The upcoming game will be important from the perspective of Cumilla Warriors and Khulna Tigers as both of them are still in contention. Tigers have got Mehidy Hasan, Hashim Amla and Rilee Rossouw in their ranks and will bank on them in the crucial match against Warriors.

Cumilla Warriors have to win all the games left if they want to qualify for the semi-finals and they have the firepower in their side that can help them in the upcoming games. They have the services of Dawid Malan, Soumya Sarkar and Mujeeb Ur Rahman, who can help their side in winning the match against Khulna Tigers. There is no doubt about the fact that the form of their high profile players makes them the favourites in the next game.

The atmosphere is expected to cloudy for a cricket match with slim chances of rain and the wind is expected to blow at a rate of 7km/hr. The temperature will deviate between 14 and 24 Degree Celsius throughout the day according to Accuweather.

The pitch at Shere Bangla Stadium is expected to offer some turn to the spinners and the batsmen will find it difficult to smash them across the park. On the other hand, the fast bowlers will have to hit in the right areas to get wickets otherwise they will get hit for runs very easily. Also, the side winning the toss will look to bat first to take advantage of batting-friendly conditions in the first hours of the game.

Average first innings score:– 163 [In the last six games at the venue this season]

Dawid Malan is the leading run-scorer in BPL 2019-20. He has muscled 377 runs in nine games at an average 62.83 on a brilliant strike rate of 152.01. He will be a hot favourite pick for any fantasy side. Rilee Rossouw and Mushfiqur Rahim are also expected to play good knocks in the next game and should be picked in the Dream11 Fantasy team. Mujeeb Ur Rahman is also expected to play a vital role in bowlers’ category, who has taken 13 wickets in 10 games. 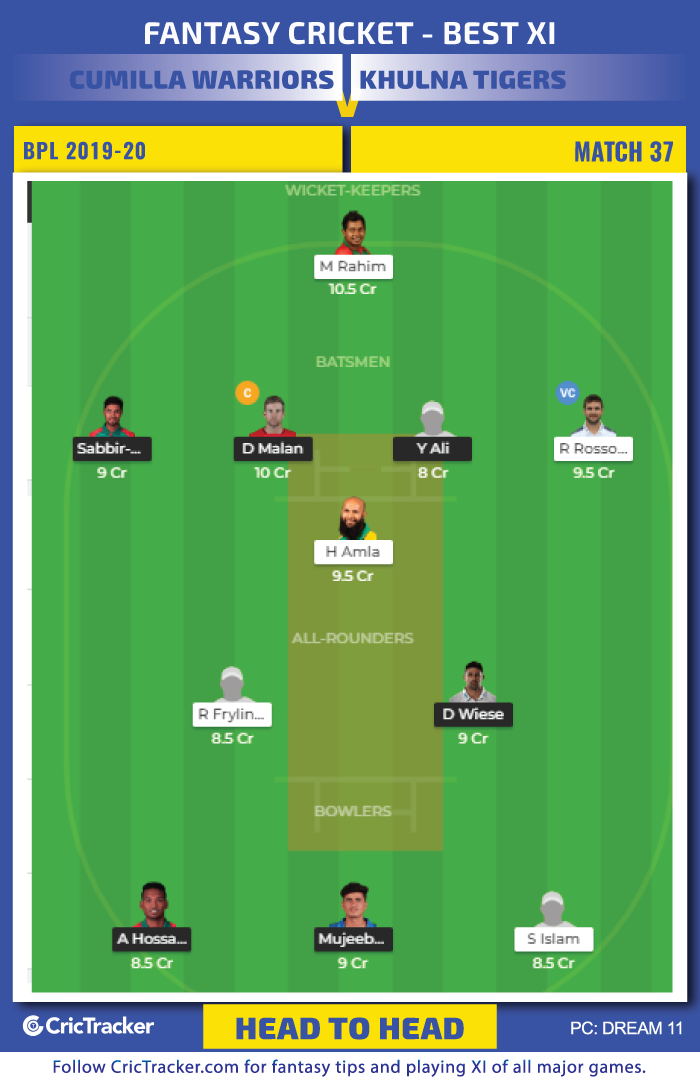 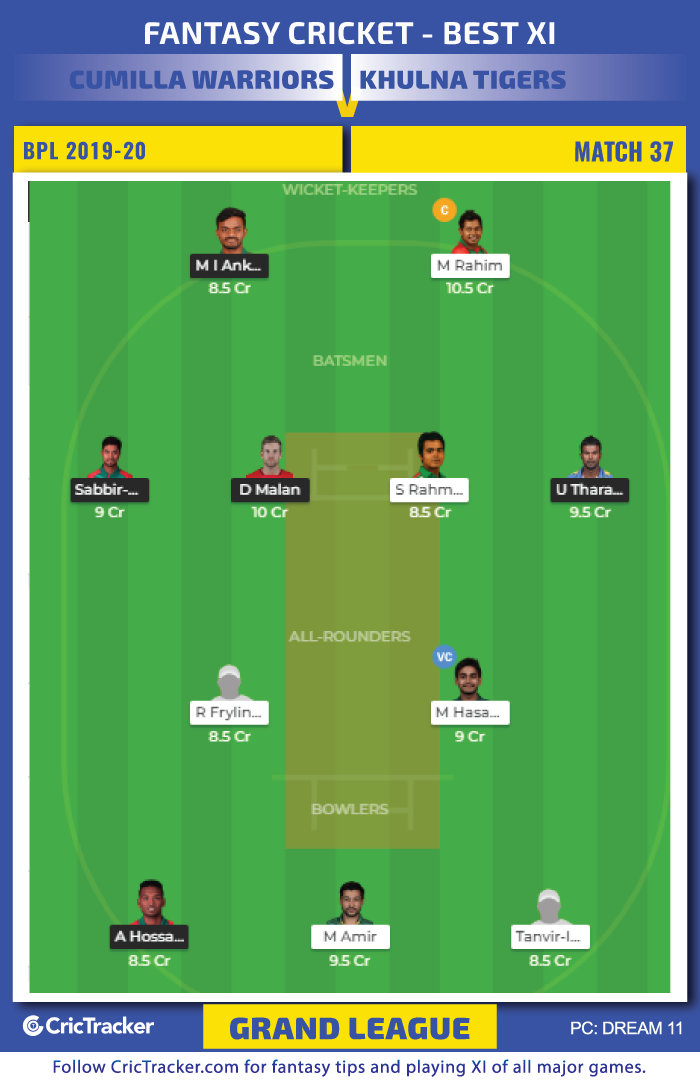 Picking Hashim Amla in the Grand League can be a risky decision as he has played just one game in BPL 2019-20. He didn’t look much impressive in the previous game with the bat. The chances of Amla clicking a good knock are quite slim as far as his batting form is concerned.

Note: There is a lot of uncertainty around the playing XIs in the BPL. Teams make unexpected changes. It would be better to wait for the playing XIs to be announced before finalizing your Fantasy teams. You can visit CricTracker website after toss for the updated playing XIs.