Mohammad Naim is the leading scorer for his side in BPL 2019-20. He is in red-hot form with the bat and has muscled 349 runs 10 games with 2 half-centuries.

The 38th game of the Bangladesh Premier League (BPL) 2019-20 will be played between Dhaka Platoon and Rangpur Rangers at the Shere Bangla Stadium in Dhaka.

Rangpur Rangers have almost been ruled out from the tournament as they have to win all their games left and will have to wait for games of other teams in the tournament to go in their favour and their situation looks quite stiff. However, keeping the above things aside, they won their last game and will look to replicate the same performance against Platoon. They have the services of Mohammad Naim, Shane Watson and Cameron Delport and their presence makes Rangers batting line up look quite strong. Also, their bowling has also given some impressive performances in the last couple of games.

Dhaka Platoon is just a win away from qualifying into the semi-finals of BPL 2019-20. They will not want to lose this golden opportunity and are expected to come up with some brilliant performances against Rangers in the next game. There openers Tamim Iqbal and Anamul Haque are in great form and are expected to source some good knocks in the crucial game for their side.

There are no chances of rain on the matchday but humidity is expected to be quite high around 55%. The wind will blow at 7 km/hr and the temperature might deviate between 14 and 24 Degree Celsius throughout the day according to Accuweather.

The pitch at Shere Bangla Stadium has nothing much to offer for the fast bowlers and the batsmen will have a good time facing them, who can compile some good runs in the next match. But, spin heads will play an important role in the game as they will get ample turn from the track and batters might find difficult to play their strokes. Coming onto the toss, it is expected that the side that wins it might opt for batting as the teams have found it difficult to chase on this ground.

Average first innings score:– 162 [In the last six games at the venue this season]

Mohammad Naim is the leading scorer for his side in BPL 2019-20. He is in red-hot form with the bat and has muscled 349 runs 10 games with 2 half-centuries. He is an obvious pick for any Dream11 Fantasy Side. Tamim Iqbal has muscled 318 runs in the ongoing tournament with three 50+ scores and he should not be ignored while picking fantasy team. Mustafizur Rahman will be a player to watch out in the next game with a ball. He has already taken 16 wickets in his 10 outings in the tournament and leaving him out might turn out to be a risky decision. 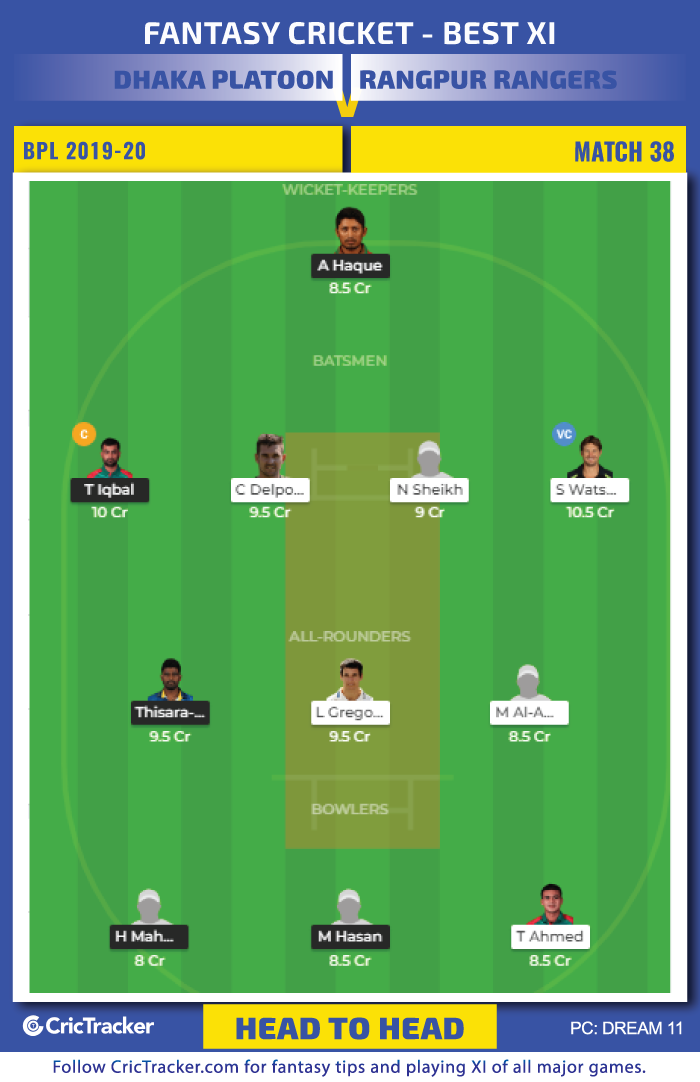 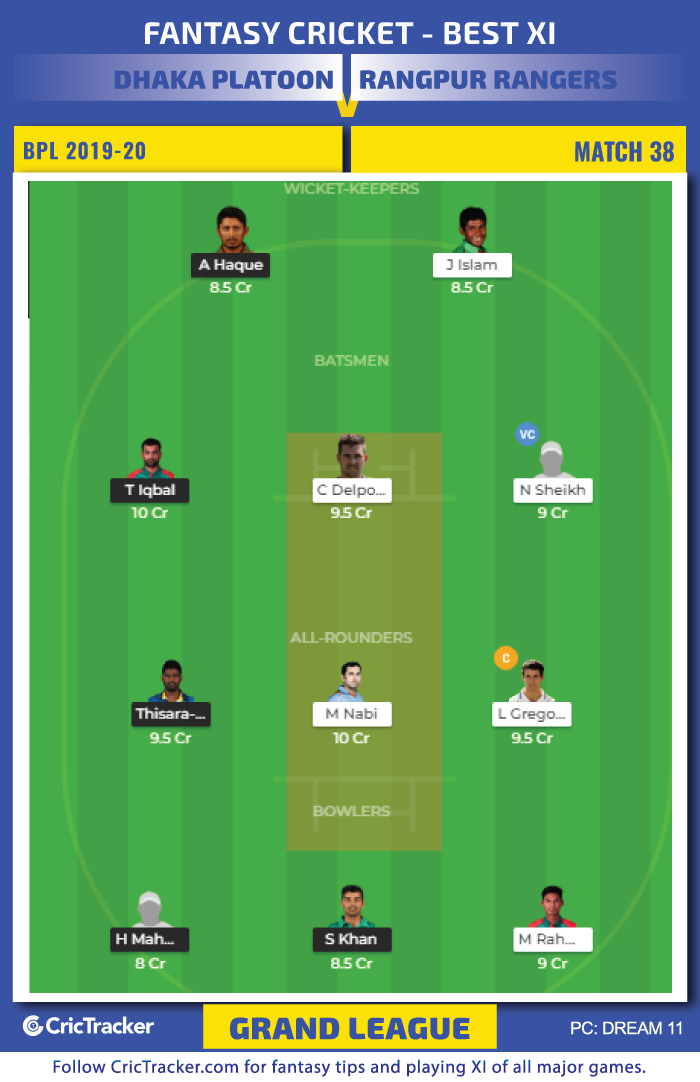 Cameron Delport hasn’t managed to play a good knock with the bat. He has earned a reputation of brilliant opener across the globe. In the game between Dhaka Platoon and Rangpur Rangers, Delport might play a justified knock with his bat. He could be a risky pick for any Grand League side but will be worth for the same.

Rangpur Rangers is expected to come out as the winners.