Cumilla Warriors won the toss and elected to field first.

The 40th game of the Bangladesh Premier League (BPL) 2019-20 will be played between Cumilla Warriors and Khulna Tigers at the Shere Bangla Stadium in Dhaka.

Khulna Tigers have almost qualified for the semi-finals as they are due to win at least one match in their two games left in the group stage. Earlier, in this tournament, they have already defeated Cumilla Warriors once and will look continue with the same in their second meeting as well. They boast of a strong batting line-up in the presence of Mehidy Hasan, Rilee Rossouw and Mushfiqur Rahim, who are in a fine form with the bat.

Rossouw played a brilliant knock of 71* runs off 36 balls with six boundaries and four sixes in the previous game. He would be eager to replicate his form in the next game for his side. Cumilla Warriors will look to end their tournament campaign on a high note by defeating strong Khulna Tigers. They have some of the finest players in their side, who can manage to pull off a brilliant win for their side. Warriors will bank on their in-form batsman Dawid Malan as he is currently the leading run-scorer of the tournament with 436 runs.

It is expected to be a clear atmosphere with a perfect day for a cricket match. The wind is expected to blow at a rate of 9km/hr and temperature will deviate between 12 and 24 Degree Celsius throughout the day according to Accuweather.

The pitch at Dhaka during the first leg offered a fair balance between the bat and the ball. The spinners will have their say as they will get some turn from the wicket. On the other hand, the batters have to get settled on the wicket to judge the behaviour of the track and later on they can play their strokes effectively. Meanwhile, the side winning the toss will look to bat first to take the advantage from the wicket in batting.

Average first innings score:– 164 [In the last three games at the venue this season]

Dawid Malan is an obvious choice for any Fantasy side, who is currently the leading scorer in BPL 2019-20. He muscled 436 runs off 10 games for his side. Rilee Rossouw is expected to replicate his influential form with the bat in the next match for his side. He is the leading run-scorer for Khulna Tigers with 411 runs in his 10 outings. Mushfiqur Rahim will also look to bolster some runs with his wooden sword in the upcoming game and he will play an important role in any Dream11 Fantasy side. 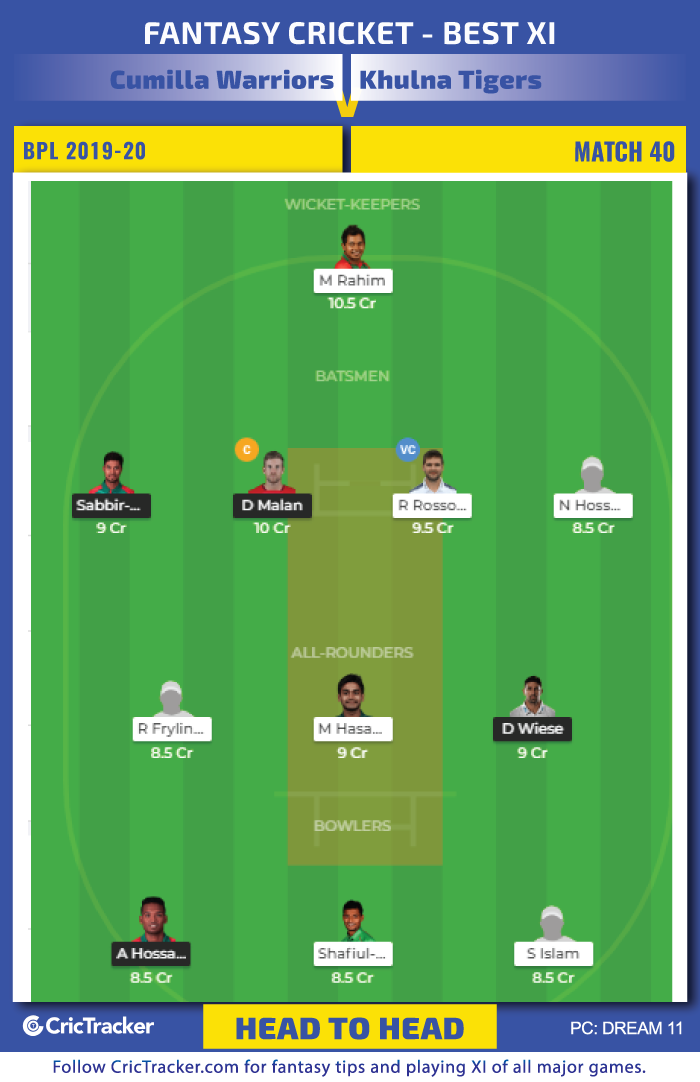 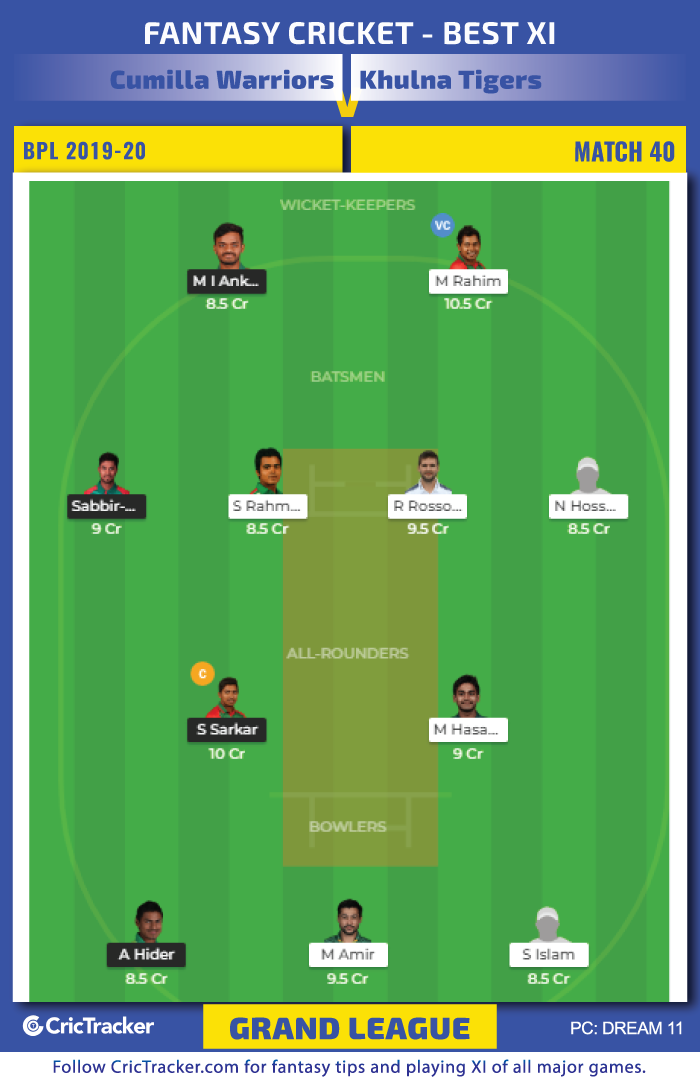 Try to pick the top order batsmen from Khulna Tigers as they are in good form in the ongoing tournament. Not picking them in the fantasy side could cost the users some big points in Grand League.