The 41st match of the 2019-20 Bangladesh Premier League will be played between Chattogram Challengers and Rajshahi Royals at the Sher-e-Bangla Stadium in Dhaka.

We are down to the last round of league-stage encounters in the Bangabandhu BPL, and the first of two double-headers on Saturday will see table-toppers Chattogram Challengers lock horns with the third-placed Rajshahi Royals. Both sides have already qualified for the knockout stage and Saturday’s encounter will be all about ensuring that they finish in the top-two.

The Challengers are sitting pretty at the top of the table with 16 points from 11 games, but they haven’t yet confirmed their position in the top-two and their focus going into the final round-robin encounter will be all about ensuring that they gain two valuable points to take their tally to 18 points.

Rajshahi Royals, on the other hand, are currently placed at the third spot and in order to ensure they finish in the top-2, some of the results need to go their way in the last round of league-stage. But, they do not have any control over the results of other games, and all they would be focussing on is to win their fixture against the Challengers and give themselves the best chance of finishing in the top-2. If they lose to Chattogram, then they will have to win three back-to-back fixtures: Eliminator + Qualifier 02 + Final, to lift the trophy.

The pitch at the Shere-e-Bangla stadium has been a bit slow as the tournament has progressed. That said, runs have still flowed from the bat, as we saw in the last game between these two sides. Much of the same can be expected on Saturday.

Average first innings score:– 159 [In the last seven games at the venue this season]

Chattogram Challengers-  The trio of Lendl Simmons [51], Chris Gayle [23] and Imrul Kayes [67* off 41 balls] were at the heart of the Challengers chasing down the total of 166 in just 18.3 overs. They will once again be the key to the Challengers’ fortunes on Saturday. With the ball, Rubel Hossain and Ziaur Rahman claimed three wickets apiece in the last fixture.

Rajshahi Royals– Liton Das played another brilliant inning in the last game. His 45-ball 56 was instrumental in the Royals getting to a total of 8-166. He, along with Shoaib Malik [28] and skipper Andre Russell [20] will be key with the bat while the bowling unit will be led by Farhad Reza [2-17], Mohammad Irfan and Kamrul Islam. 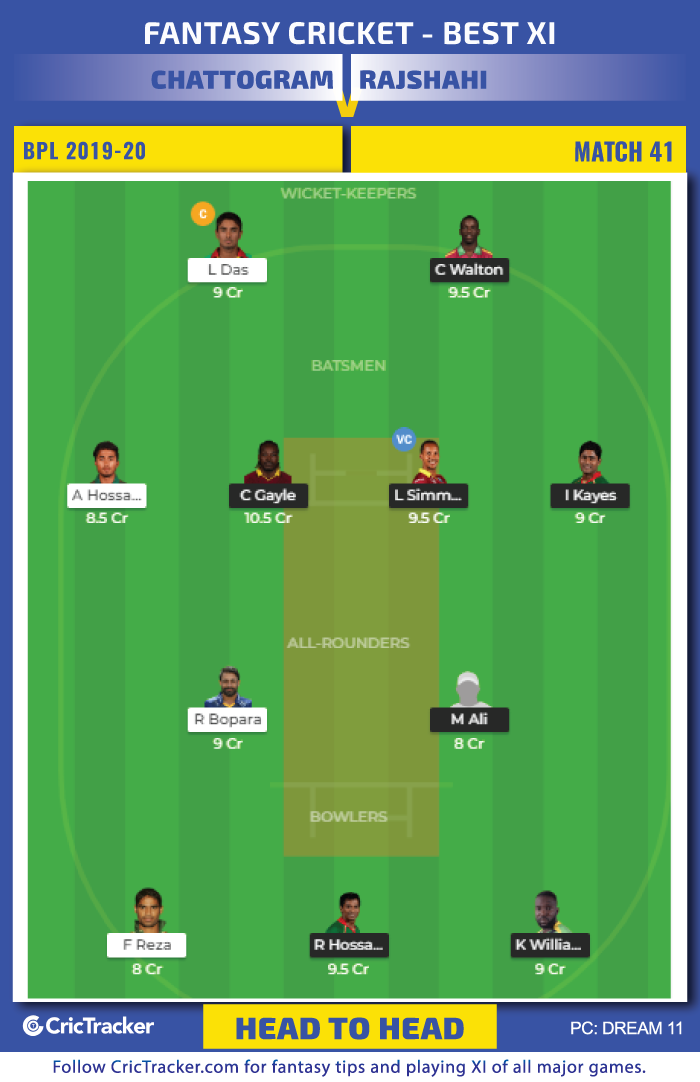 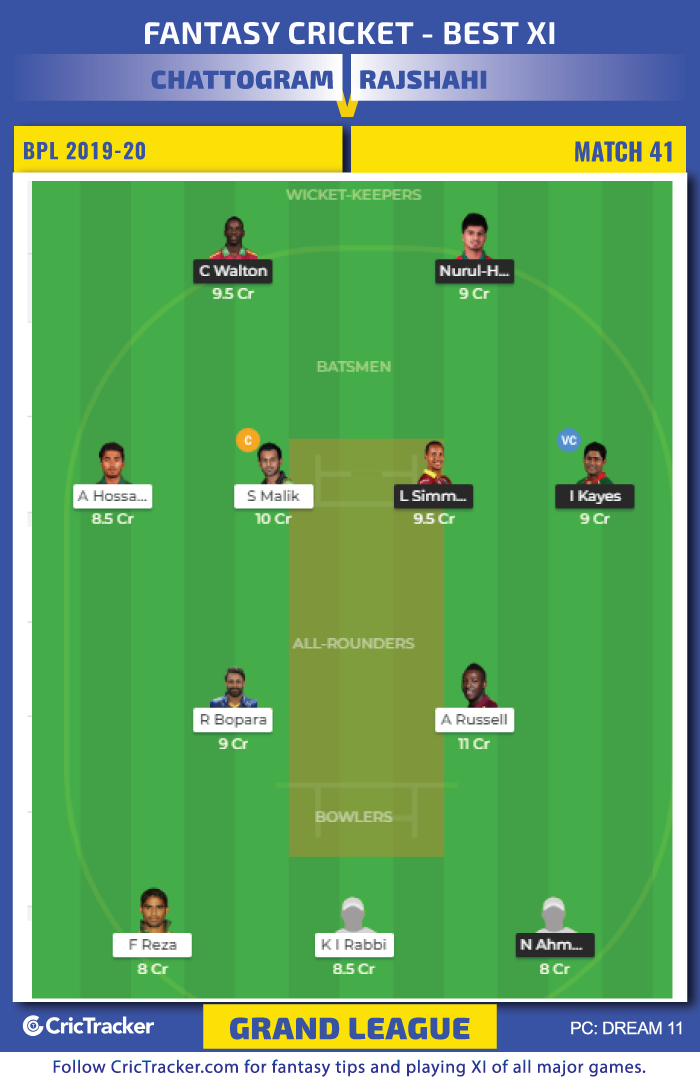 There is a lot of uncertainty around the playing XIs in the BPL. Teams make unexpected changes. It would be better to wait for the playing XIs to be announced before finalizing your Fantasy teams. Also, you can visit CricTracker website after toss for the updated team.