Rilee Rossouw is expected to replicate his influential form with the bat in the next match for his side.

The Qualifier 1 game of the Bangladesh Premier League (BPL) 2019-20 will be played between Khulna Tigers and  Rajshahi Royals at the Shere Bangla Stadium in Dhaka.

Khulna Tigers ended as the number one team in the group stage. They will certainly be the favourites to win the game against Rajshahi Royals. They have all their bases covered with the players performing convincingly well in the ongoing tournament.

They boast a strong batting line-up that comprises of Najmul Hossain Shanto, Mehidy Hasan, Rilee Rossouw and Mushfiqur Rahim. They are just one win away from cementing their place in the finals of BPL 2019-20. Also, their players will look to come with power back performances to help their side win the clash against Rajshahi Royals.

Rajshahi Royals strength is their in-form top order that is consistently piling up runs against their opponents. One place at which they need to work hard is their bowling that looked quite inconsistent so far in the tournament. They defeated Chattogram Challengers in their last league game. And, they would be eager to continue with the same momentum in the upcoming encounter against Khulna Tigers.

There are no chances of rain on the match day and perfect weather is expected for a cricket match. The wind is expected to blow at a rate between 9 and 11 Km/hr whereas the temperature will deviate between 13 and 25 Degree Celsius throughout the day according to Accuweather.

The pitch at Dhaka during the first leg offered a fair balance between the bat and the ball. The spinners will have their say as they will get some turn from the wicket. On the other hand, the batters have to get settled on the wicket to judge the behaviour of the track before they start playing their strokes. Meanwhile, the side winning the toss will look to bat first as far as the trends of this tournament are concerned.

Average first innings score:– 175 [In the last five games at the venue this season]

Rilee Rossouw is expected to replicate his influential form with the bat in the next match for his side. He is the leading run-scorer for Khulna Tigers with 458 runs in his 12 outings. Mushfiqur Rahim will also look to bolster some runs with his wooden sword in the upcoming game and he will play an important role in any Dream11 Fantasy side. Najmul Hossain Shanto will be another important player to watch out in the crucial clash between the two heavyweights. 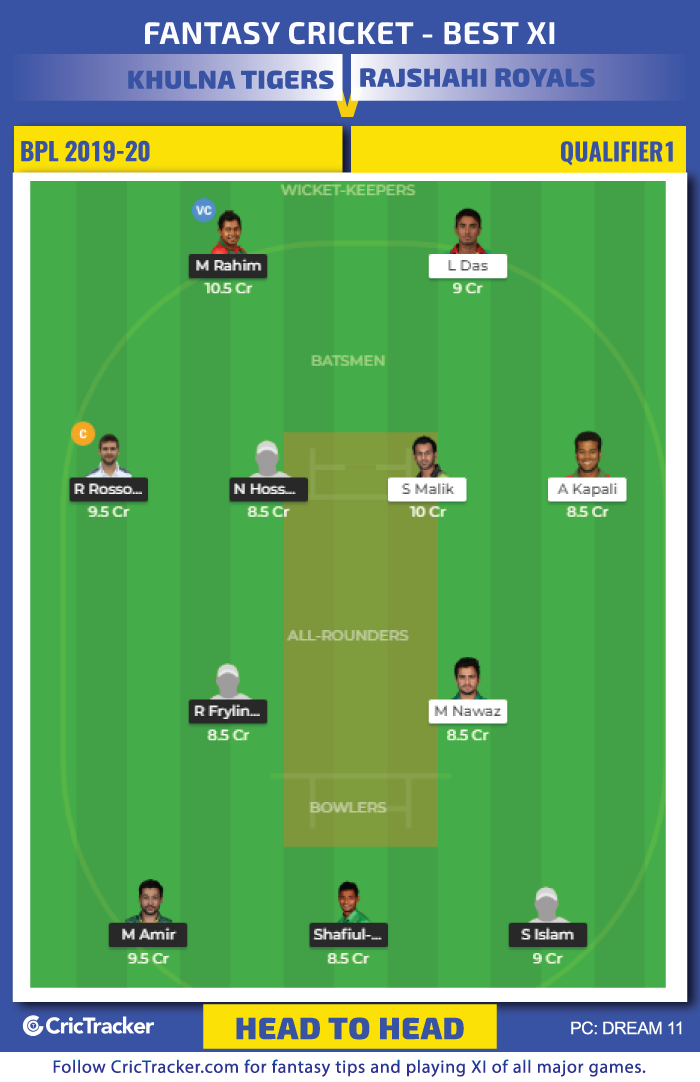 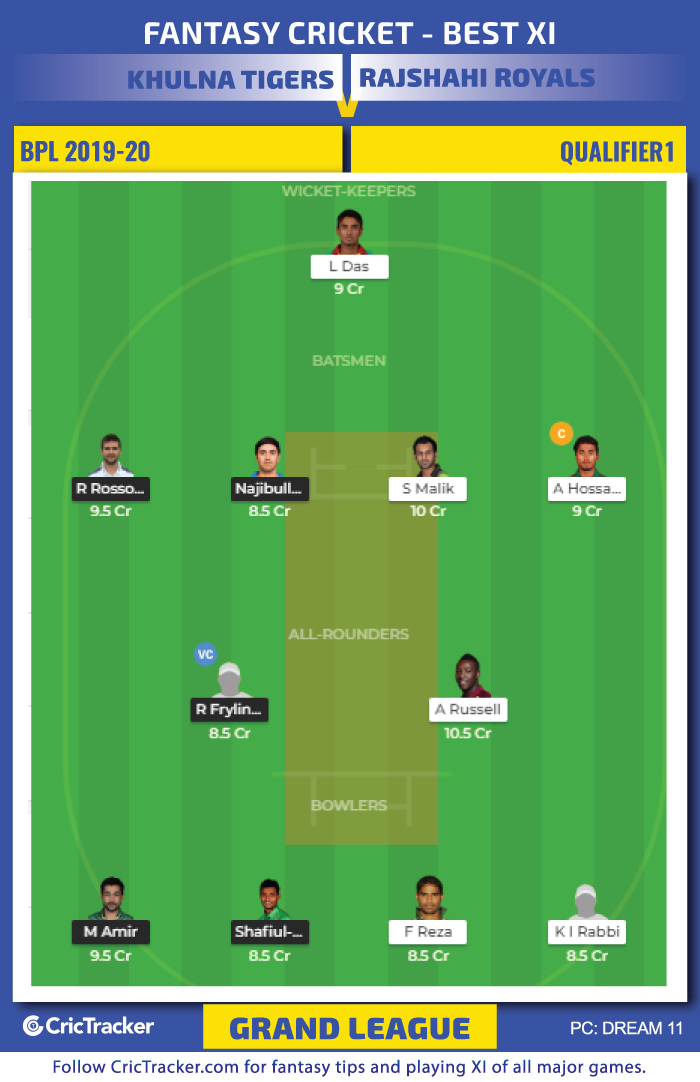 The top-order from Khulna Tigers is performing in the top-notch form in the ongoing tournament. So, don’t ignore them while picking the Grand League side.

Khulna Tigers is expected to come out as the winners.