It's a chance for both sides to qualify for the Final.

The Khulna Tigers and Rajshahi Royals are two of the teams, who are yet to get their hands on the BPL Trophy. However, thus far, the two sides have been exceptional thus far. They won eight out of their 12 games and are now set to play the Qualifier 1 in the second of Monday’s doubleheader on Monday. Both sides have won their respective last matches and are in a positive frame of mind.

While the Royals took down the Chattogram Challengers, the Tigers chased down in excess of 200 against the Dhaka Platoon. The Royals have a better record than the Tigers in the playoffs. Even as the Royals were the runners-up back in 2016, the Tigers have won only a solitary game in the same round back in 2016. If the Tigers manage to win, then they will be playing the final for the first time.

The pitch at the Sher-e-Bangla National Stadium has been an absolute belter. However, the bowlers also have had their stay at various stages, especially the spinners. The dew factor is likely to come into play and therefore, batting second should be the safer option. The conditions will be hazy with the temperature around the 19 degrees Celsius mark. The humidity will mostly be in the high 70s.

The Tigers’ batting has been in rollicking form. Najmul Hossain Shanto scored 115* last time and is brimming with confidence. Mehidy Hasan Miraz, the other opener, has 289 runs with a couple of fifties. Mushfiqur Rahim and Rilee Rossouw have been the linchpin of the batting with over 900 runs.

The rest of the batting hasn’t had much to do. In the bowling department, Robbie Frylinck and Shahidul Islam have 18 and 17 wickets respectively. Frylinck has also been miserly with an economy of 7.33. Mohammad Amir has 12 wickets as well. Aminul Islam Biplob has also been fairly decent.

Liton Das has been exceptional for the Royals. The opener has scored 422 runs with three half-centuries to his credit. Afif Hossain Dhrubo has lent him support with 347 runs at the top of the order. Shoaib Malik has been a tad inconsistent of late, yet has 352 runs at an average of 39.11.

The likes of Russell, Bopara and Reza can also smack the leather a fair distance. Russell and Bopara have played key roles with the ball as well, having picked up 11 and eight wickets respectively. Abu Jayed, Mohammad Irfan and Kamrul Islam have also chipped in with wickets in crucial junctures. 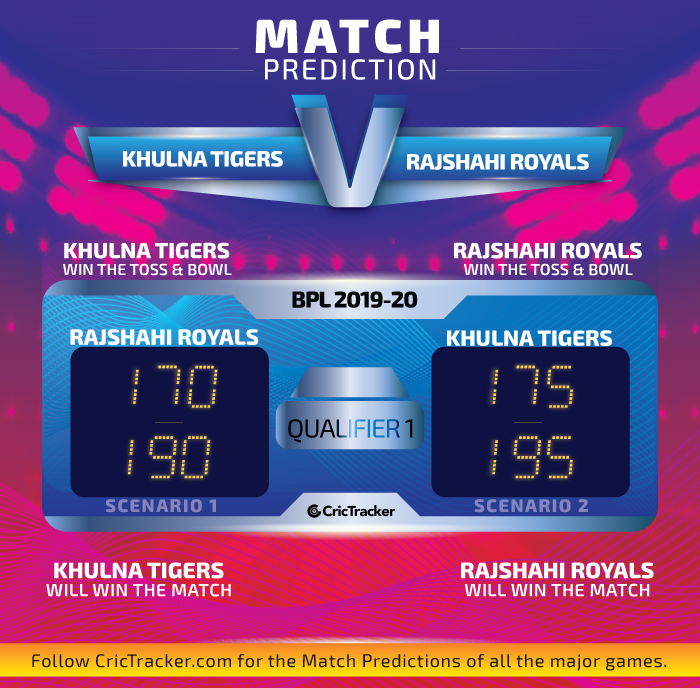