Smriti Mandhana has looked in splendid form in the tournament.

Brisbane Heat Women and Sydney Thunder Women will battle it out against each other in the Match 50 of Australia Women’s T20. The former is placed at the third position of the points table. The team has managed to win seven games from the 12 that they have played in the tournament so far.

Sydney Thunder Women on the other hand has had a rather dismaying outing in the league. The Hannah Darlington-led side has secured victories in three matches from the 12 that they played in the high-profile event so far. Heading into this encounter both the teams will look forward to putting their ‘A’ game to the fore.

The batters have enjoyed good success on this surface lately. Putting runs on the board first can be a good alternative on this pitch.

Smriti Mandhana has looked in splendid form in the tournament. She has chipped in 348 runs in the tournament so far. In the previous match, she hit an impressive century and will aim to take the momentum further for the side.

Hannah Darlington has picked up 14 wickets for Sydney Thunder Women. She will be determined to perform for the side. She can be a good pick for this match.

Courtney Grace Sippel has clinched 11 wickets in the tournament so far. In the last match, she picked up two wickets. She can be the other good pick for this game. 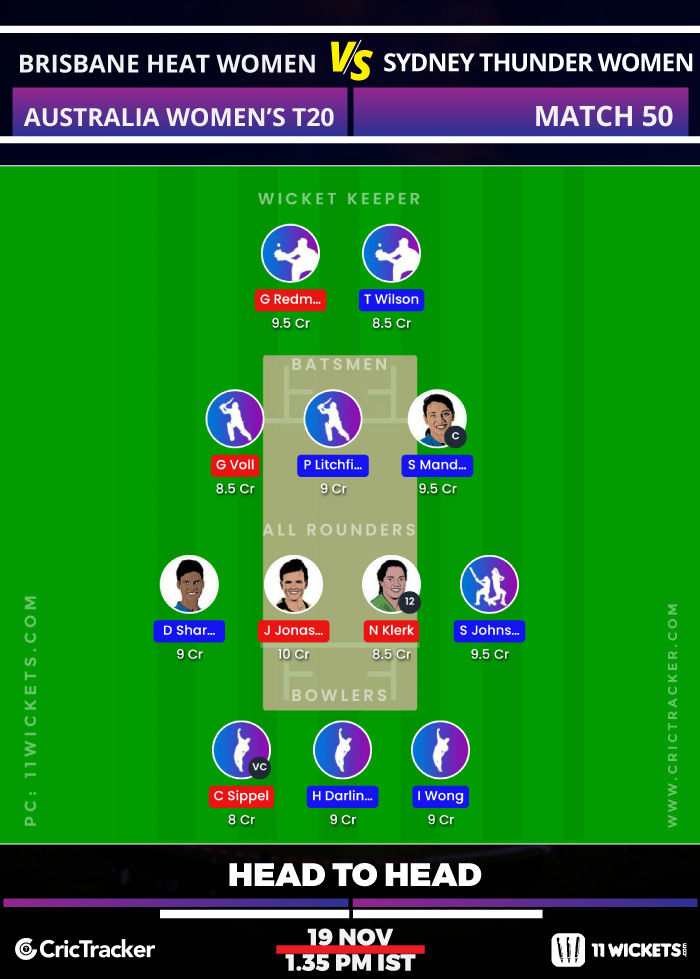 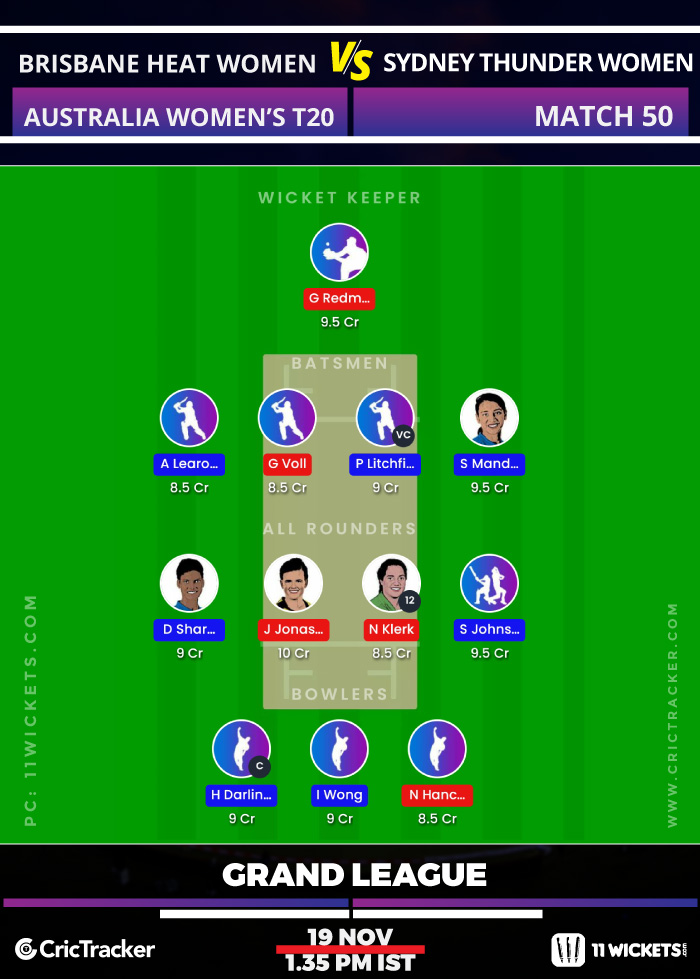