Taranjeet Singh is a good captaincy option for this encounter.

Bucharest Gladiators will lock horns with Cluj in matches 19 and 20 of the ECS Romania T10 tournament. Both these clashes are scheduled to take place at the Moara Vlasiei Cricket Ground in Bucharest on Friday (July 16).

While the first match is slated to begin at 03:30 PM, the second encounter will start at 05:30 PM. Fans can watch the match live on the FanCode app.

On the other hand, Bucharest Gladiators’ campaign hasn’t been that delightful. They couldn’t do much in their first three games and suffered humiliating defeats. However, they bounced back and are currently enjoying a three-match winning streak. They would certainly be determined to extend their winning run.

Captaincy Picks for BUG vs CLC:

The dashing batsman has been instrumental in Cluj’s success in the tournament. He has played one staggering knock after another and Bucharest Gladiators must have a solid game plan against him. Taranjeet is currently the season’s highest run-scorer, having scored 315 runs in six innings. Notably, his strike has been close to 300.

Another player who can shine in this contest is Moiz Muhammad of Bucharest Gladiators. The swashbuckler has been in fine form lately and he won’t mind playing another match-winning knock in the upcoming contest. Coming to his numbers, Muhammad has so far scored 194 runs in six games with his strike rate being in excess of 240. 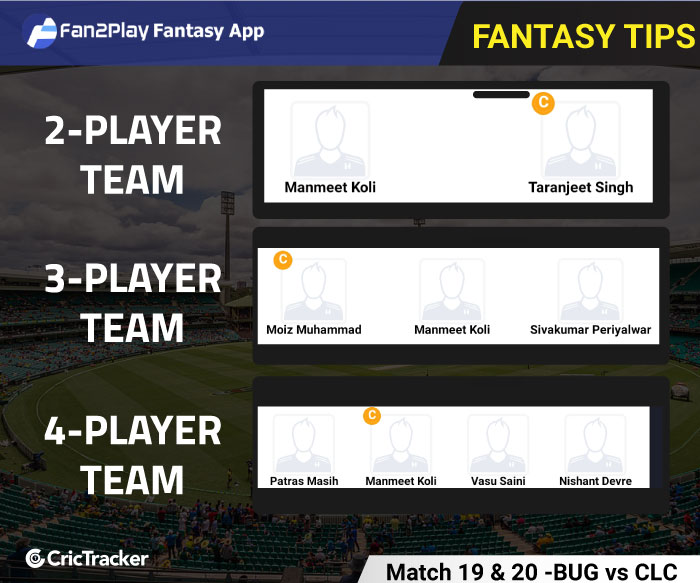 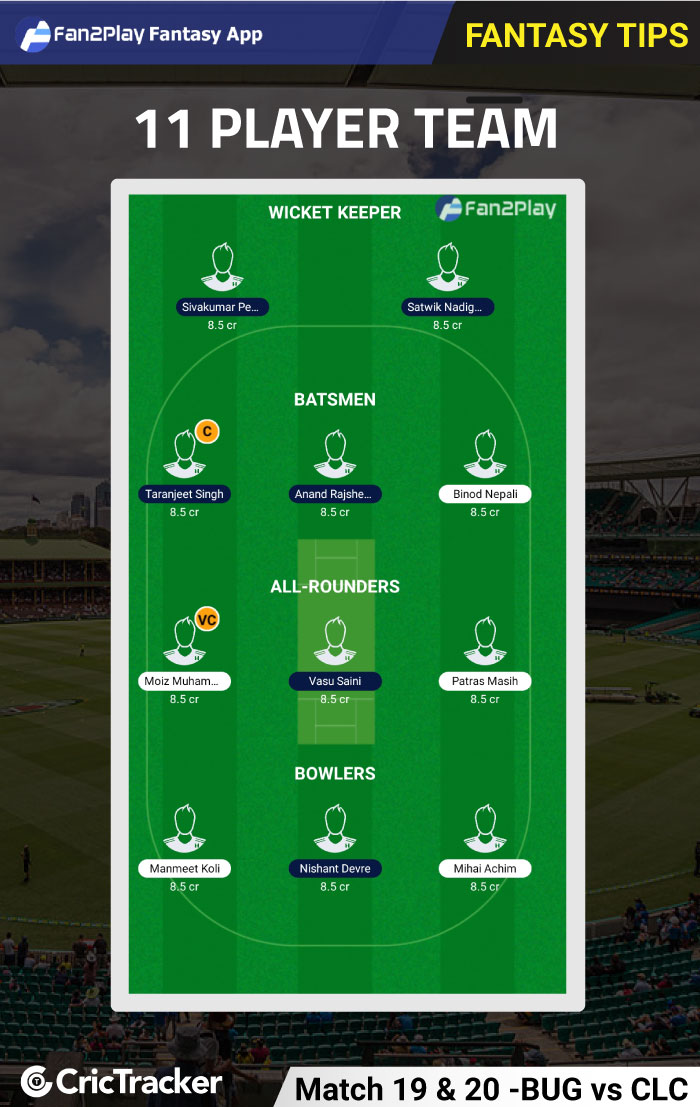