The 16th match of the 16th edition of the Women’s Super Smash will be played between Canterbury Magicians & Northern Spirits at the Hagley Oval, Christchurch on January 15th, Friday.

It’s the clash between the teams at number 3 and number 4 in a tournament that is just getting spicier and spicier. Northern Spirits started as an invincible team but then were smashed by Otago and Wellington. Coming into this game after a victory will help their confidence. On the other hand, Canterbury have been defeated a fortnight ago by Auckland, so they would be looking to bounce back.

Partly cloudy- partly sunny conditions with the temperature hovering around the 22 degrees mark. Humidity will be close to 74% under typical Kiwi conditions of the wind blowing from both directions with absolutely no chances of rain. Overcast conditions will help the fast bowlers with some movement off the seam.

It’s a track that loves the pacers and has seen an overall average score of only 119. Win toss and bowl first would be the decision of the toss-winning Captain.

Amy Satterthwaite has been the top player for her team and should again make an impact. Brooke Halliday has an average of 43 so far in the tournament. Jacinta Savage has been picking wickets at regular intervals for her team. Felicity Layden Davis has earned a lot of Fantasy points so far and should be able to do the same again.

Sreesanth reveals the reason behind his 369 Jersey 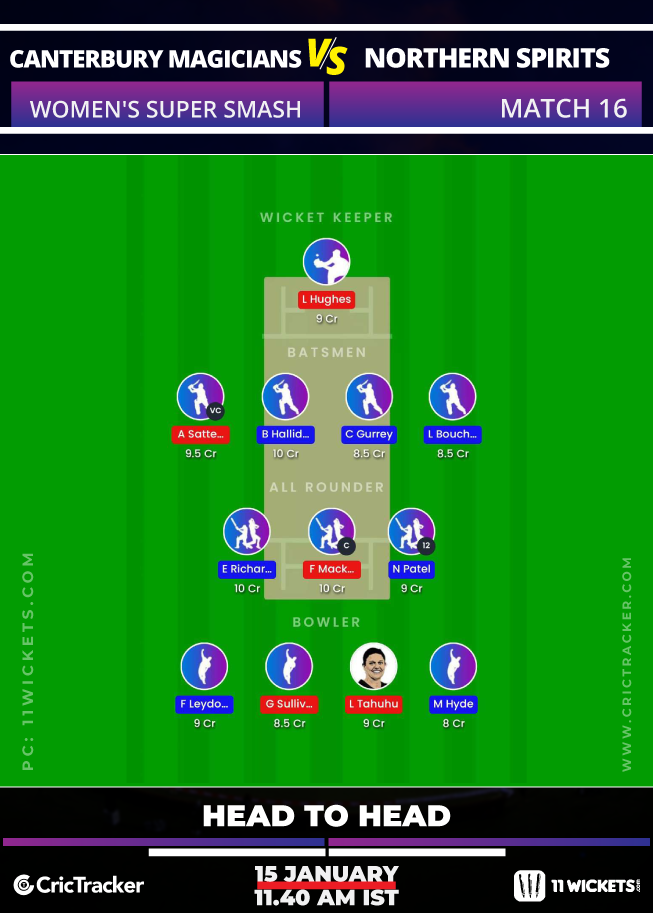 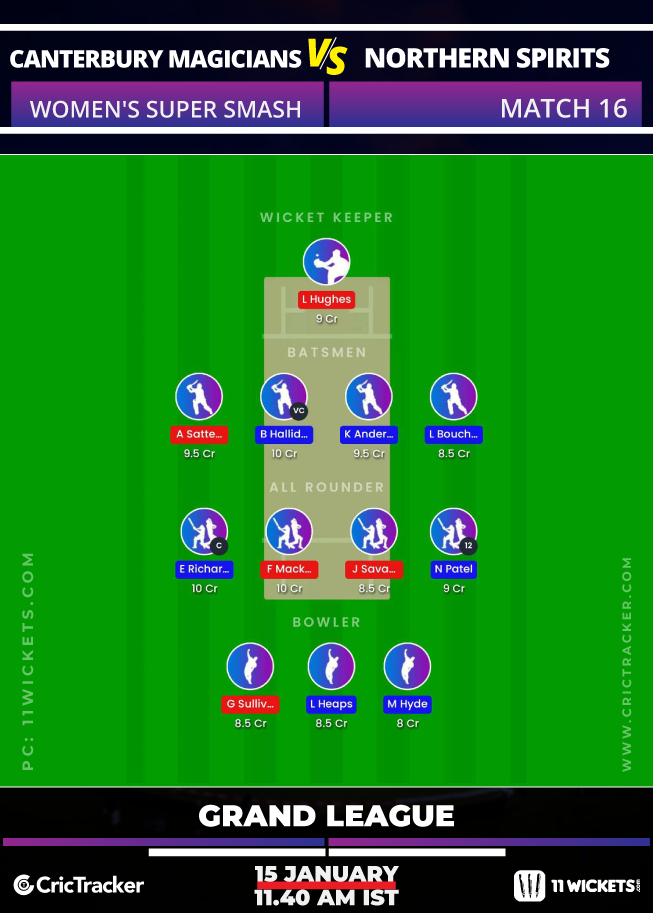 Pick more pacers from the team bowling first for this match. Keep an eye on the playing XIs after the toss.