The 2nd Semi-final of the Caribbean Premier League 2020 will be played between the Guyana Amazon Warriors and the St Lucia Zouks at the Brian Lara Stadium, Trinidad.

Guyana Amazon Warriors will be taking on the St Lucia Zouks in the second semi-final of CPL 2020. Both these sides have had pretty much a similar kind of tournament. While the Warriors are placed second on the points table, the Zouks finished third. These two sides won six games each out of the 10 that they played in the league stages.

The only difference between these two sides has been the NRR. Both the teams are coming into the semis with the winning momentum on their side. They would like to put their best foot forward and make it to the Grand Finale. This should be a very exciting match-up.

There is a 20 per cent chance of rainfall during this game and the temperatures are expected to be around 27 to 29 degrees Celsius.

Scoring runs won’t be very easy at this venue, and the batsmen must work hard for every single run. Spinners have enjoyed bowling here. Also, the pacers get good rewards for their variations.

Najibullah Zadran is a decent pick for this game. He scored 200 runs thus far in the 10 games that he played.

Scott Kuggeleijn has been the pick of the bowlers for his team with 14 wickets in 9 games at an economy rate under 8.

Naveen-ul-Haq has accounted for 11 scalps in 9 matches at an economy rate just over 6.

Andre Fletcher mustered 172 runs in 10 games and is a decent pick for your side. 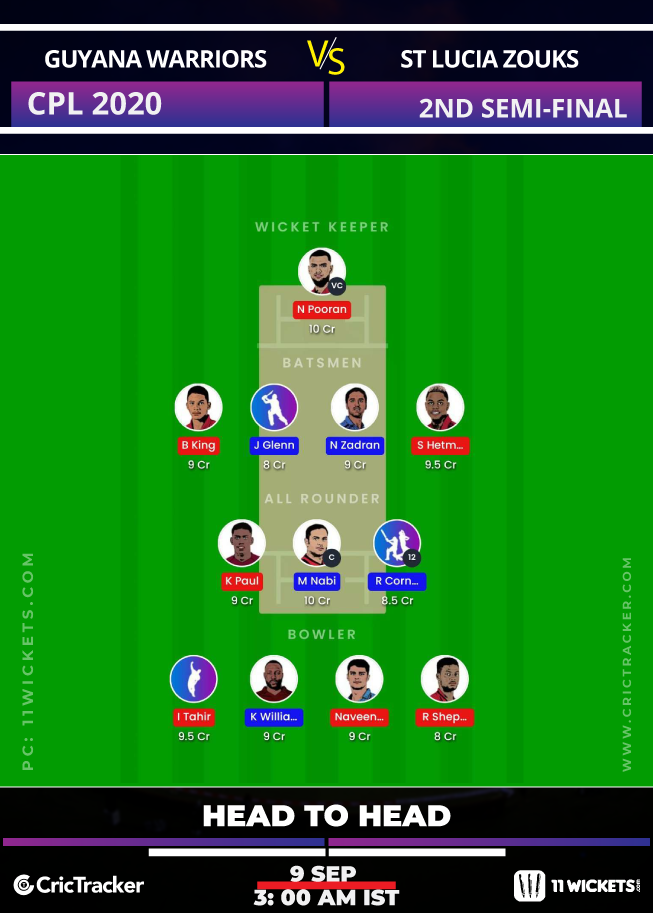 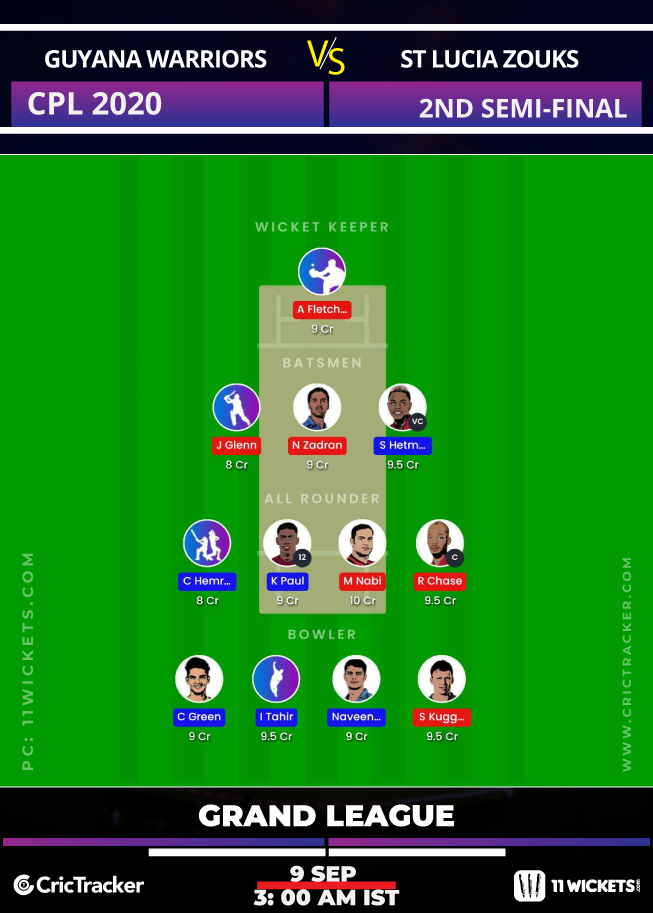 The bowlers from both these teams have done quite well. It is better to have four bowlers in your 11Wickets Fantasy teams considering their performances and the pitch.