Mohammad Nabi has been a great performer with both the bat and the ball in hand, scoring a total of 154 runs and taking 11 wickets in 10 games.

The 2nd Semi-final of the Caribbean Premier League 2020 will be played between the Guyana Amazon Warriors and the St Lucia Zouks at the Brian Lara Stadium, Trinidad.

Playing the second semi-final on Tuesday will be the second and third-ranked team of the tournament in the league stage, the Guyana Amazon Warriors and the St Lucia Zouks. Both the teams were in top form during the league stages and are almost equally positioned in terms of ability and consistency.

Coming into the semis, the St Lucia Zouks romped past the Jamaica Tallawahs in the last match of the league stage. The Zouks won the match by 11 runs and gave the Tallawahs a big jolt, ahead of their semi-final match. The Guyana Amazon Warriors in their last match, which was played on Thursday, defeated the Barbados Tridents by a big 6-wicket margin. So, with both the teams equally matched, it will be interesting to see which one secures a spot for themselves in the all-important Final.

The weather on Tuesday is expected to be cloudy with the chances of rainfall being 20 per cent and the temperature being in the 27 to 29 degree Celsius range.

The pitch at the Brian Lara Stadium is expected to be bowler-friendly, so the batsmen would find it a little difficult to work their way around to scoring runs. And, among the bowlers, it will be the spinners who enjoy the most amount of help from the surface.

Mohammad Nabi has been a great performer with both the bat and the ball in hand, scoring a total of 154 runs and taking 11 wickets in just the 10 matches he played in this tournament.

Roston Chase also made to the top performers’ list of both the batting and the bowling departments. He played in 9 matches and scored 203 runs at a strike rate of 106.84 and took 6 wickets too.

Shimron Hetmyer ended the league stage, being the second-highest run-scorer of the tournament. By the end of the 10th match he played this season, he had 267 runs to his name at an average of 38.14. 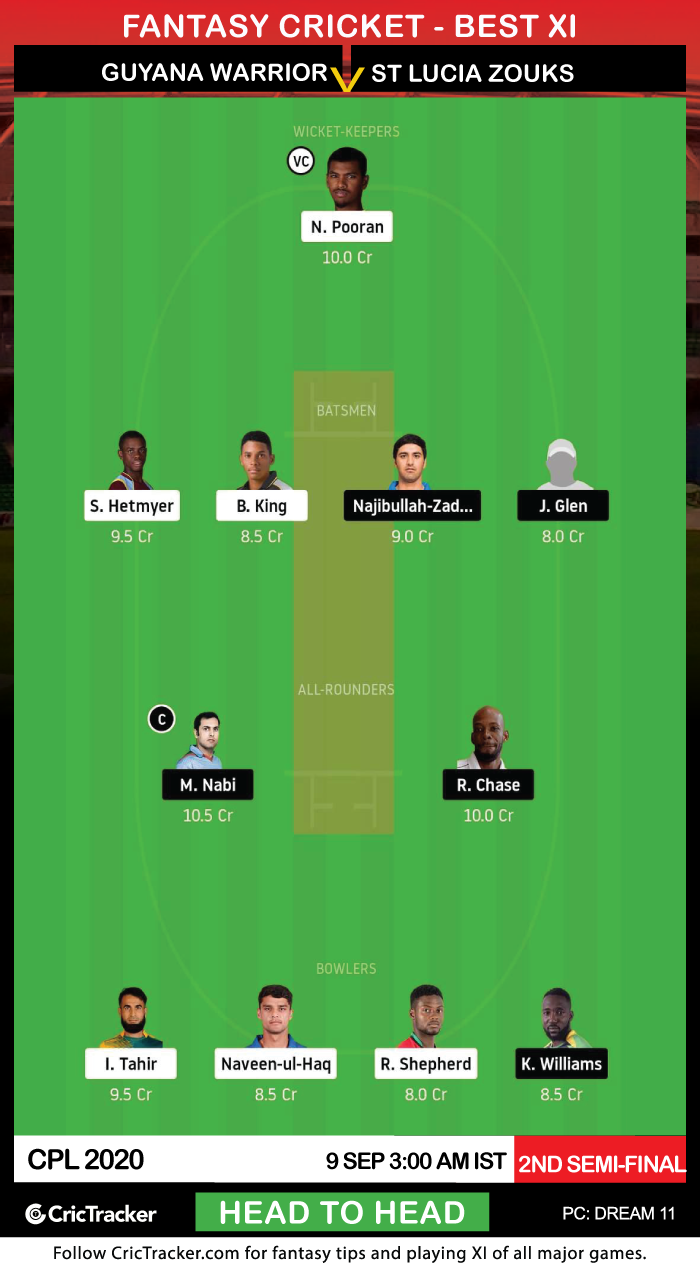 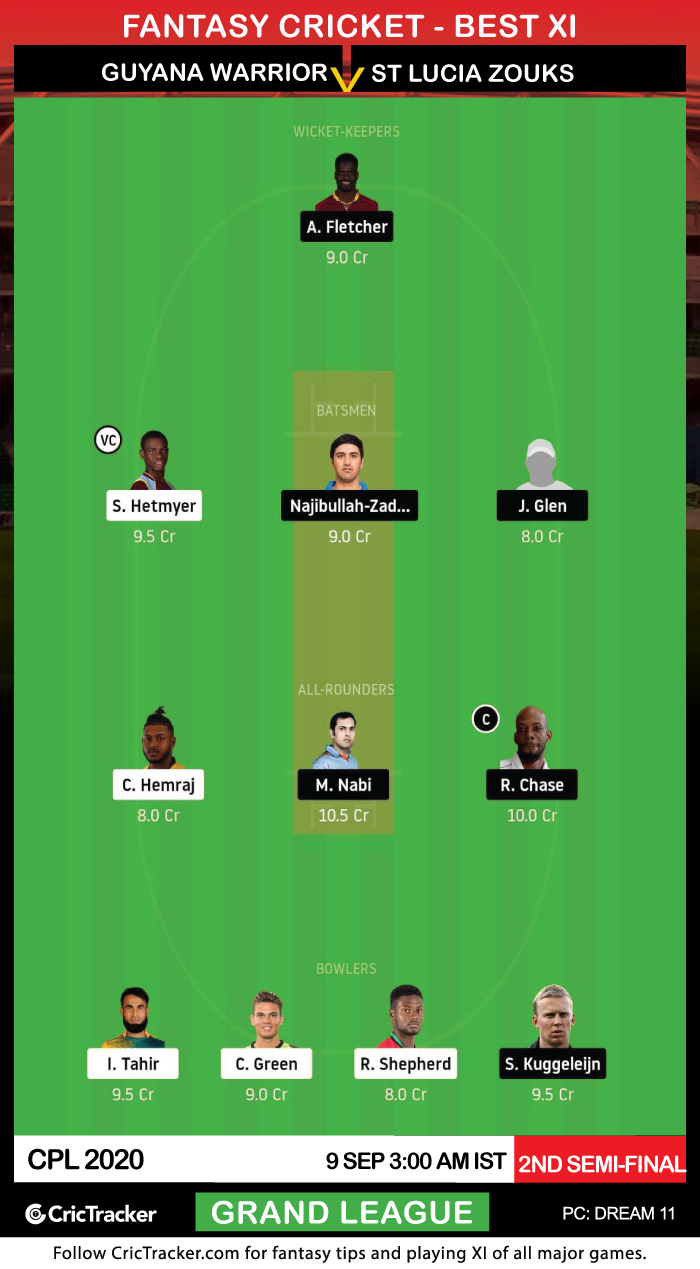 If you want to, include an extra player form the wicket-takers’ list in your Dream11 Fantasy team, your go-to choice should be Andre Fletcher, as he has done well and looks to be in good touch with the bat.