Spinners are likely to dominate proceedings on an expected slow and low deck. 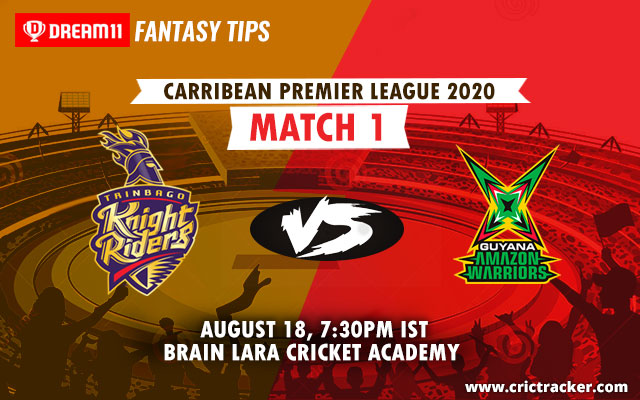 The first match between Trinbago Knight Riders and Guyana Amazon Warriors will be played at The Brian Lara Stadium, Tarouba, Trinidad.

Amid the COVID-19 pandemic, the Caribbean Premier League (CPL) is all set to come as a breath of fresh air for the cricket fans. The tournament begins on Tuesday, August 18 with the opening match to be played between last year’s runners up Guyana Amazon Warriors and three-time champions Trinbago Knight Riders. As far as numbers are concerned, both teams are pretty close to each other.

Out of 19 meetings, the Knight Riders are leading the Warriors by 10-9. However, in 2019, the Warriors came out trumps in both their meetings. But at the particular venue, TKR have gotten past their opponent both times. The match is expected to be an absolute thriller as both TKR and GAW have the highest win percentage in the CPL though the latter is yet to win the T20 championship.

There are chances of showers around 6 AM in the morning, but during match-time, the sky is expected to stay clear and a full game can be expected. The temperature will be around the 31 degrees Celsius mark. It will be partly sunny though.

The pitch at the Brian Lara Stadium has generally helped the spinners to a large extent. The track is expected to get slower and hence, batting first and putting runs on the board should be the way forward. Both teams also have some quality spinners in their ranks.

All 162 members, including players, officials and administrators, who travelled into Trinidad have tested negative for COVID-19.

Imran Tahir should be one of the hottest picks as he has 32 wickets from 21 matches in the CPL. 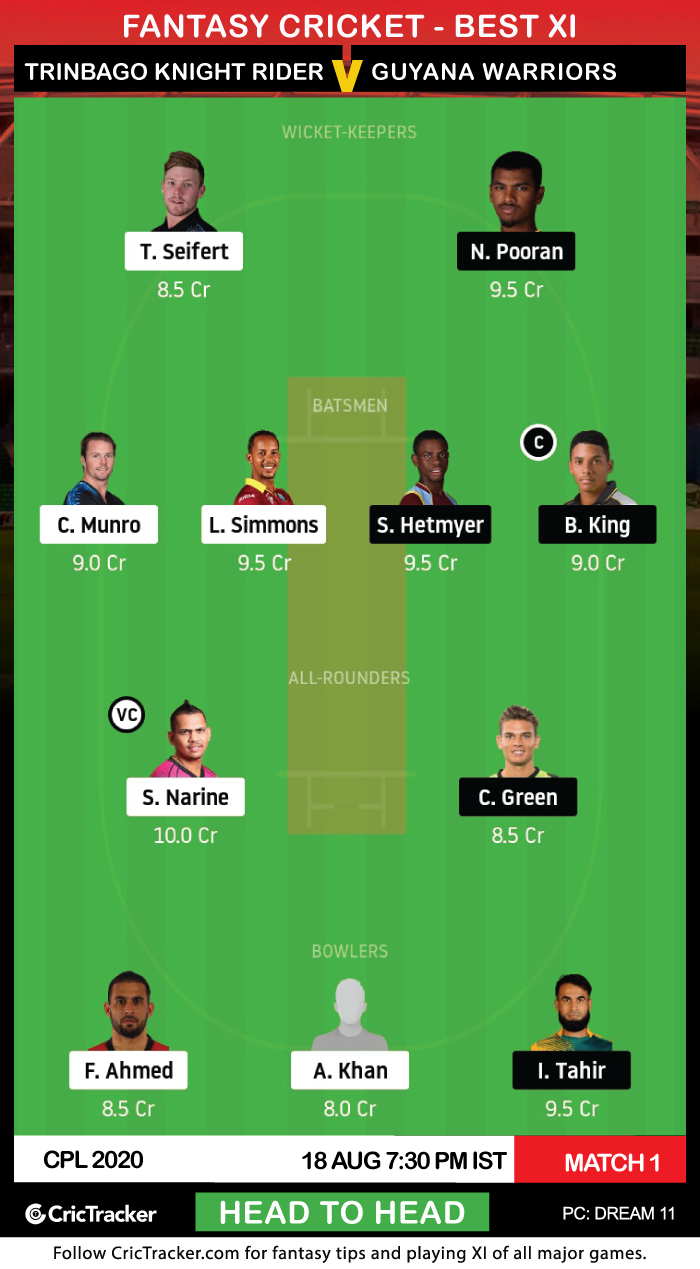 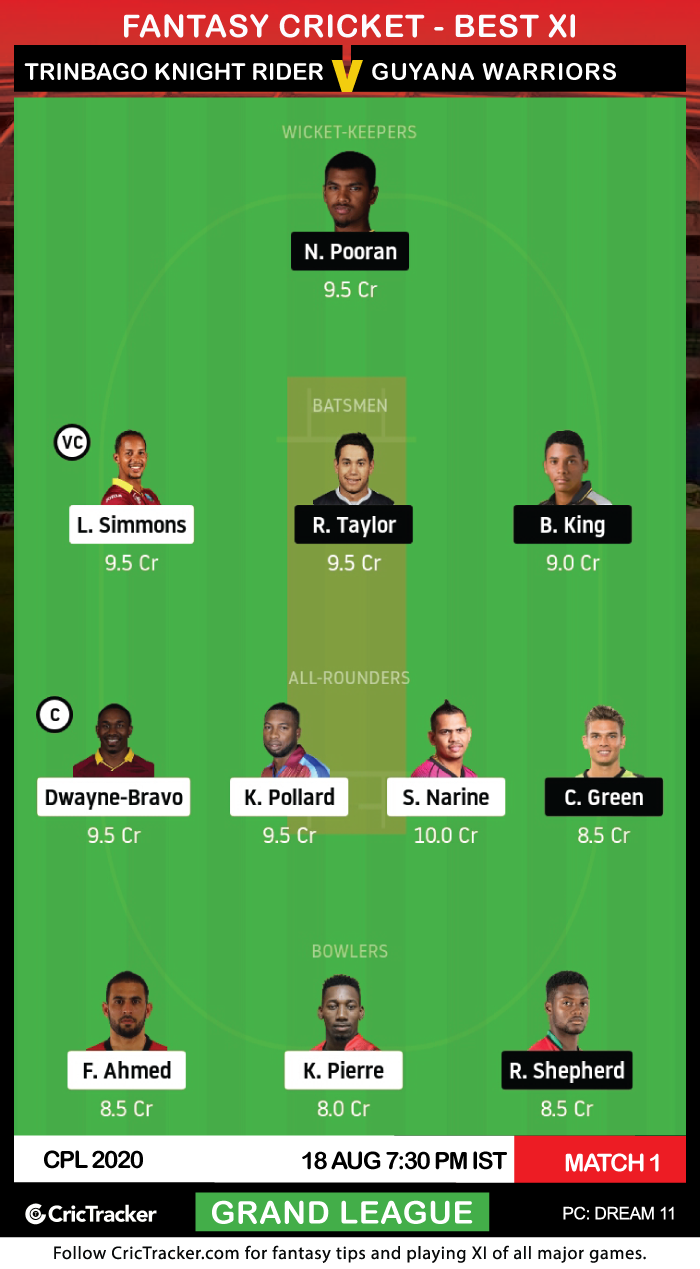 Chris Green will be making his return after being reported for a suspect action. He has been picked based on his performances in CPL 2018 and 2019. If one is not willing to take a risk with Green in H2H, someone like Khary Pierre can be picked.

The team, batting first should be able to win the opening match.