In the wicketkeepers' department, Denesh Ramdin can be picked over Johnson Charles, because he is looking in better touch with the bat over his competitor. 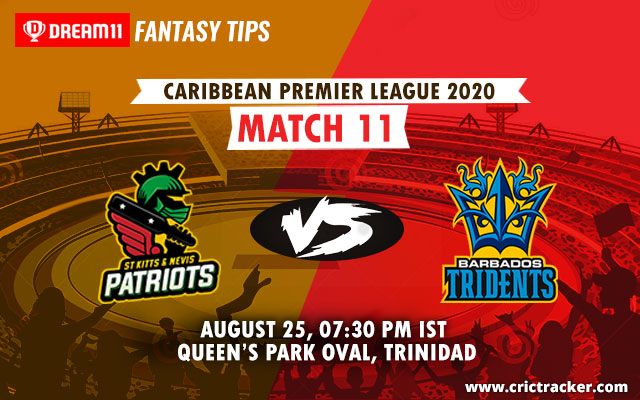 The 11th match of the Caribbean Premier League 2020 will be played between the Barbados Tridents and St Kitts and Nevis Patriots at the Queen’s Park Oval.

The match will be live on Star Sports and can be streamed live on FanCode.

The two lowest-ranked teams of the tournament at the moment, the Barbados Tridents and St Kitts and Nevis Patriots will be playing against each other on Tuesday. Having played three matches in the tournament so far, the Barbados Tridents have won only one match. And, their opponents in this match, St Kitts and Nevis Patriots have also played three matches, but have failed to win any of their games.

It will be extremely important for both the teams to start winning their matches starting from this encounter. Because, if they fail to bring their net run rate and points up, they will find themselves in quicksand, that would pull them away from the playoffs match by match.

Tuesday will have partly cloudy skies with a 20 percent chance of precipitation and temperatures in the range of 29 to 31 degrees Celsius.

The pitch at the Queen’s Park Oval is expected to have an equal amount of help for both the batsmen and the bowlers. Among the bowlers, the pacers will be the ones getting the most amount of help.

Rashid Khan, in the two matches that he has played in this tournament so far, he has taken 4 wickets while giving away runs at 8.50 runs per over. He has also shown some glimpses of brilliance with the bat too.

Rayad Emrit is the fourth-highest wicket-taker of this tournament. He has played three matches and has taken 6 wickets while maintaining an excellent economy rate of 5.54 runs per over.

Sohail Tanvir has shown a lot of promise with the ball in hand, having taken 4 wickets in the two matches he has played so far.

Evin Lewis has been doing well with the bat in the tournament so far. In the three matches he has played in, he has scored 71 runs at a strike rate of 126.79. 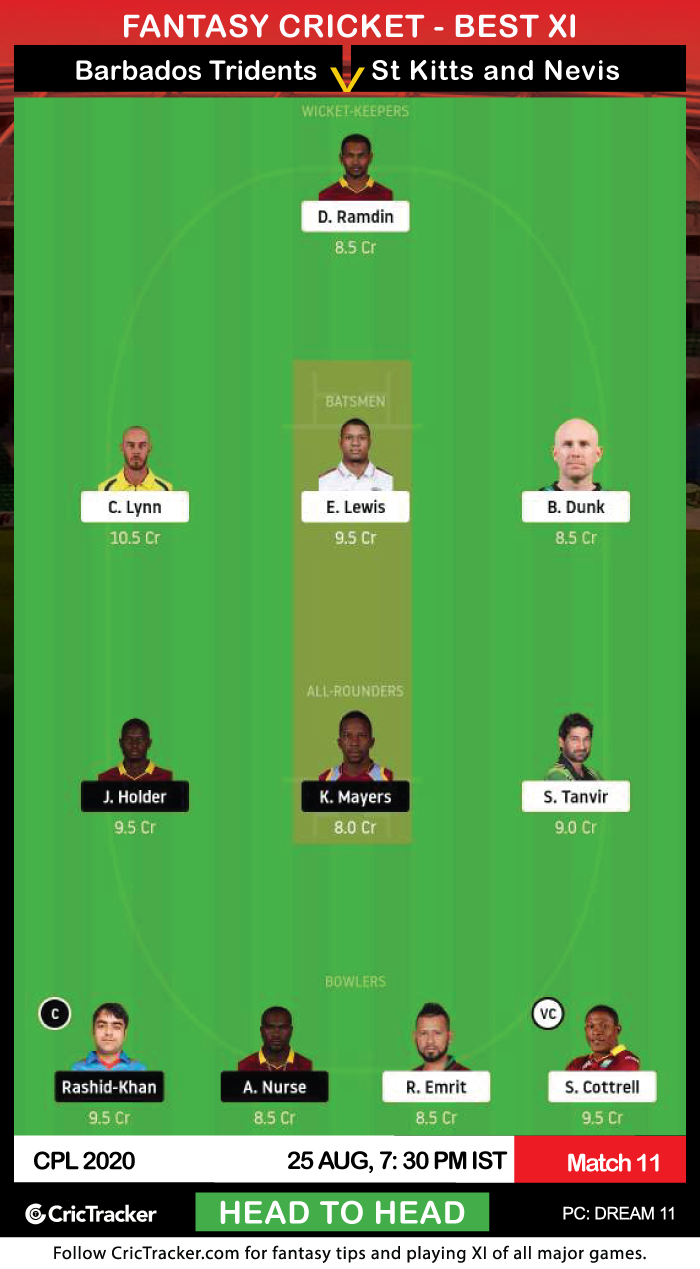 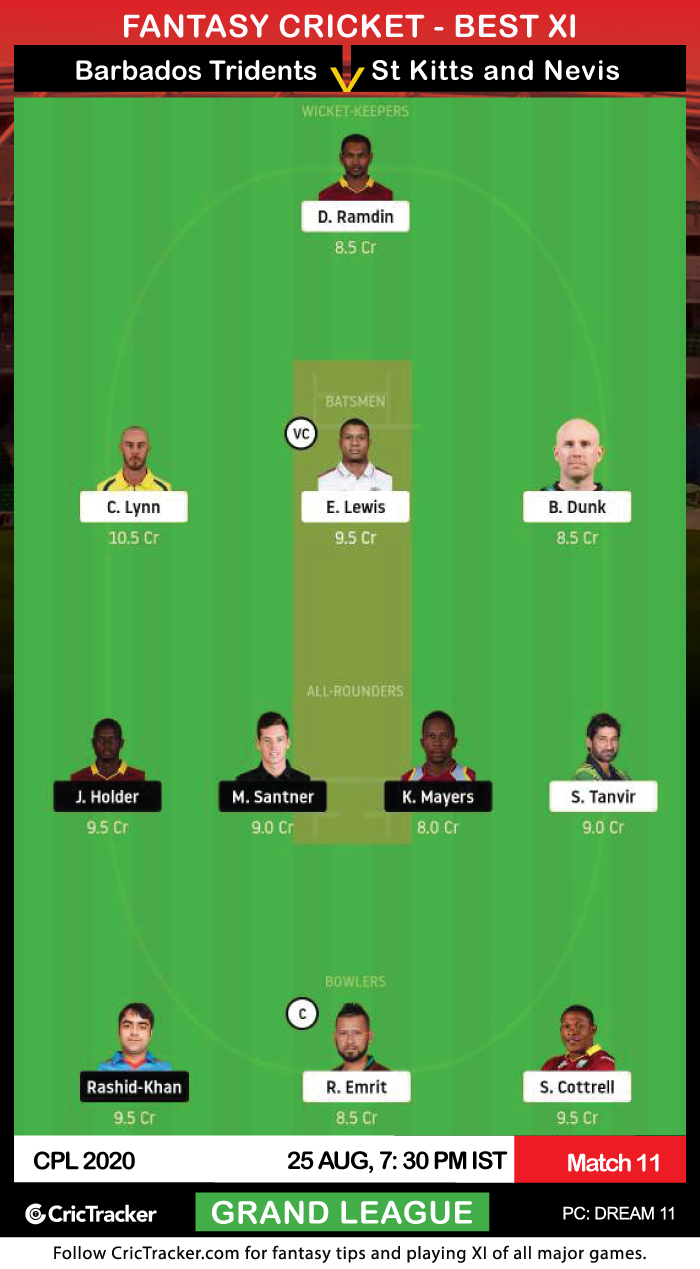 In the wicketkeepers’ department, Denesh Ramdin can be picked over Johnson Charles, because he is looking in better touch with the bat over his competitor.

Barbados Tridents are expected to win this match.