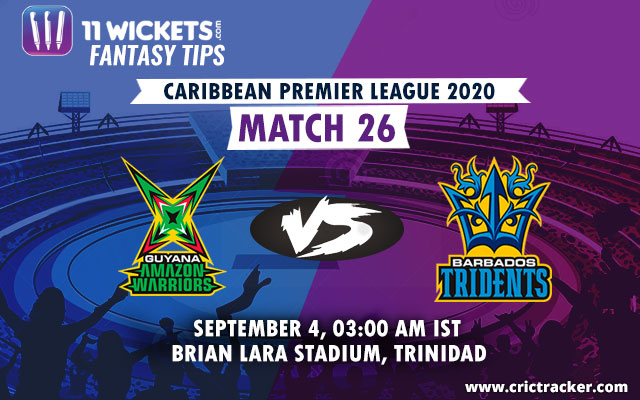 The 26th match of the Caribbean Premier League 2020 is all set to be played between the Barbados Tridents and the Guyana Amazon Warriors at the Brian Lara Stadium.

The Caribbean Premier League (CPL) is entering the final leg of the league stage. The 26th match of the tournament will see the Guyana Amazon Warriors facing the Barbados Tridents with the second, third and fourth place still up for grabs to make it to the knockouts. This is a crucial game for the Tridents as they would like to bridge the gap between them and the Jamaica Tallwahs who are at the fourth position. It is expected to be a thriller of an encounter.

There is a 30% chance of rain coming down during the match while the temperature is expected to be around 27-29 Degrees Celsius.

The pitch is expected to do its tricks if the experience of the second match of the day this season is anything to go by. Another low-scoring game is on the cards.

Jason Holder has been in great form for his team and has led from the front. He has scored 120 wickets at a strike-rate of 144.58 and has also picked 7 wickets so far. Rashid Khan has picked 10 wickets while Imran Tahir has scalped 12 and both should be picked in the team at any cost. Nicholas Pooran is another in-form batsman who recently scored a century and has to be the part of your team. 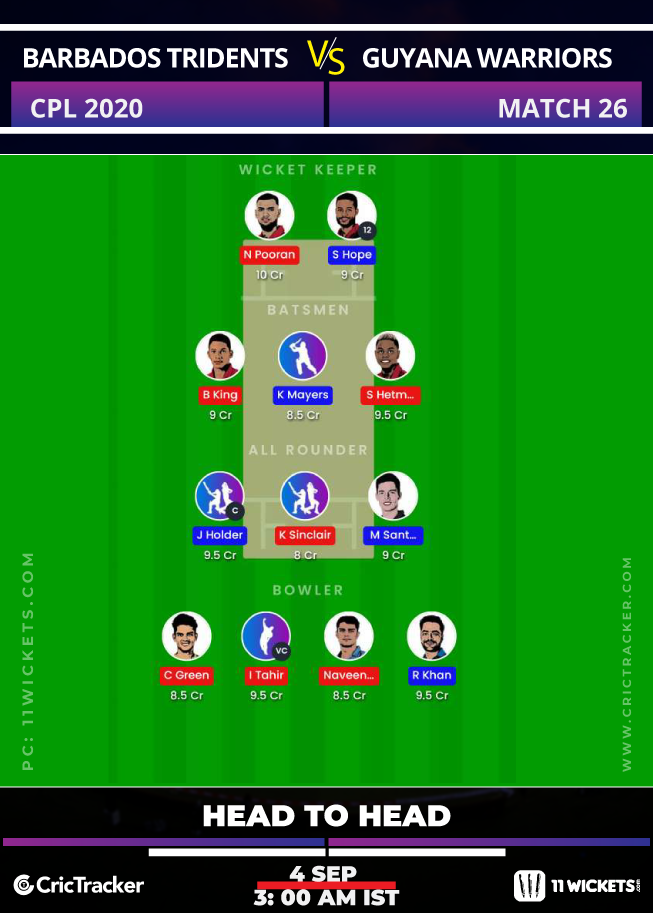 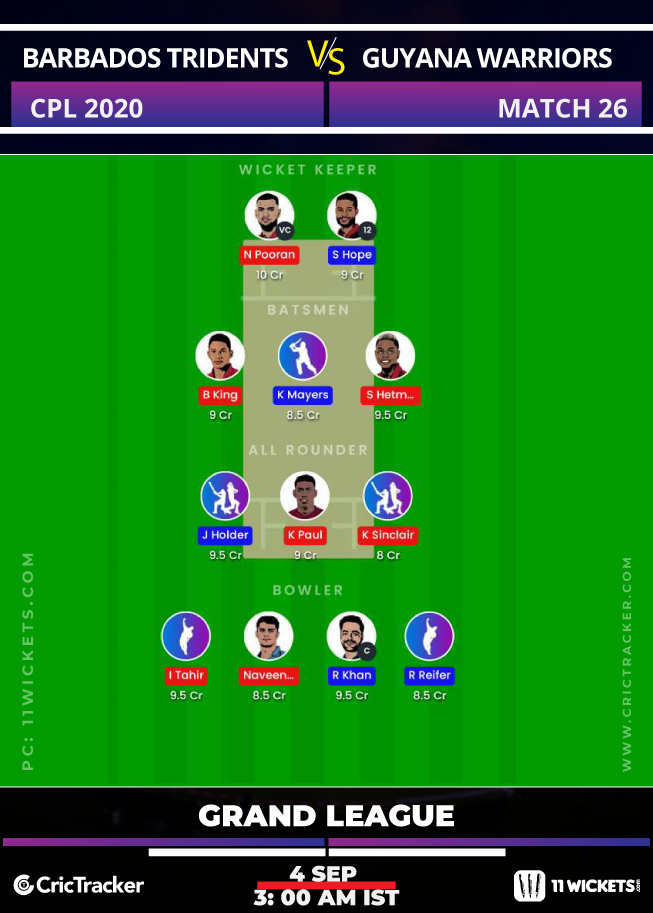 Mitchell Santner is in great form this season with the ball and has contributed with the bat when needed. He should be one of your go to picks especially in GL contests.