Trinbago Knight Riders are expected to win this match.

The 27th match of the Caribbean Premier League 2020 will be played between the Trinbago Knight Riders and St Lucia Zouks at the Brian Lara Stadium.

The Trinbago Knight Riders, after the upset in the last season, have bounced back hard in this season. The Knight Riders juggernaut has been unstoppable this season. Thus far in the league stages of the league, the side won all the games and are on the top on the points table. They would try to do everything in their capacity to make it a perfect 10 by winning in the next two matches.

Their opponents for this game, the St Lucia Zouks, have also had a decent season so far. With 5 wins in eight games, they have already secured a place in the top four. Their next goal would be to displace the Guyana Amazon Warriors from the second spot on the points table by either winning their next two games or by winning at least one by a massive margin.

Fortunately, there will be no rain on Saturday and we could get a full game of cricket. The temperatures will be around 30 degrees Celsius.

Batting is not really easy at this venue. The batsmen will have to work hard to score runs. Anything above 150 in the first innings is usually a par score.

Darren Bravo scored 189 runs in 7 innings so far at an average of 47. He has been quite consistent.

Khary Pierre picked up 7 wickets in 7 games thus far at an economy rate just over 6.

Dwayne Bravo has had a decent tournament with the ball where he picked 7 wickets in 7 games. He can contribute with the bat too. 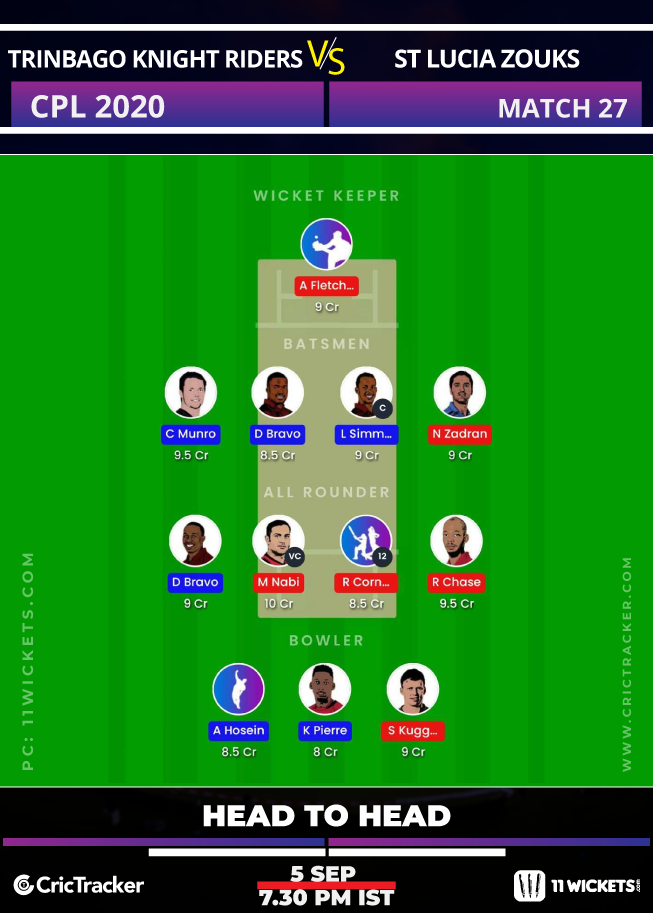 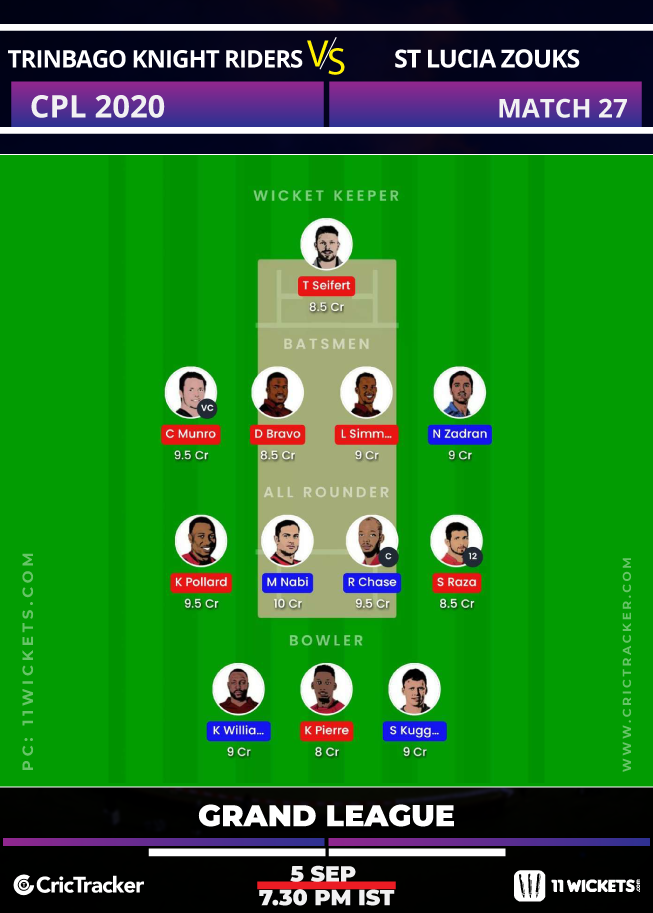 A couple of big names aren’t picked in the 11Wickets Fantasy teams. These two sides have experimented with their XIs in the last two games. It is better to watch out for the XIs after the toss.

Trinbago Knight Riders are expected to win this match.