Both Chris Lynn and Evin Lewis are very risky picks as the multipliers. But if they get going, they can be game-changers for you. 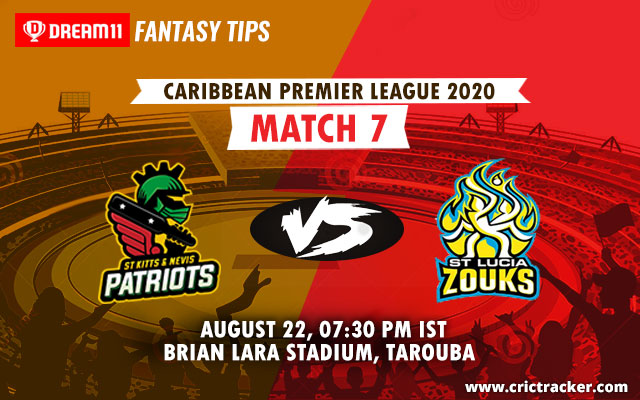 The 7th match of the Caribbean Premier League (CPL) 2020 will be played between St Kitts and Nevis Patriots and St Lucia Zouks will be played at The Brian Lara Stadium, Tarouba, Trinidad.

The CPL 2020 has witnessed six great games of T20 cricket thus far. In the 7th game of the tournament, St Kitts and Nevis Patriots will take on the St Lucia Zouks. The former lost both the games it has played thus far in the tournament. In the first match, they were short by six runs against the Barbados Tridents while they lost by 3 wickets to the Guyana Amazon Warriors in the second game.

The Zouks, on the other hand, bounced back after a loss in their first game to the Jamaica Tallawahs. They got the better of the Barbados Tridents in the 5th match of the tournament. In a match that was reduced to 5-overs per side, they chased down a target of 47 in just 4.1 overs. The team will fancy carrying this momentum forward into this game as well.

There is a 37 to 40 per cent chance of precipitation during this game. Even if there is rain initially, we might have a shortened game since the clouds are expected to clear up.

The pitch, thus far, has had something for everyone. It is not particularly easy to bat here. The spinners get grip and turn.

Rayad Emrit is the joint highest wicket-taker in the tournament with 5 wickets in two games. He also scored 17 runs with the bat.

Mark Deyal has scored 17 runs and picked up 1 wicket in the tournament. He is definitely more talented with the bat and is due for a big score.

Scott Kuggeleijn has been quite expensive with the ball. He is regularly amongst the wickets and picked up three in two games.

Evin Lewis has failed to convert his starts but can be absolutely destructive if he gets going. In two games, he scored 42 runs. 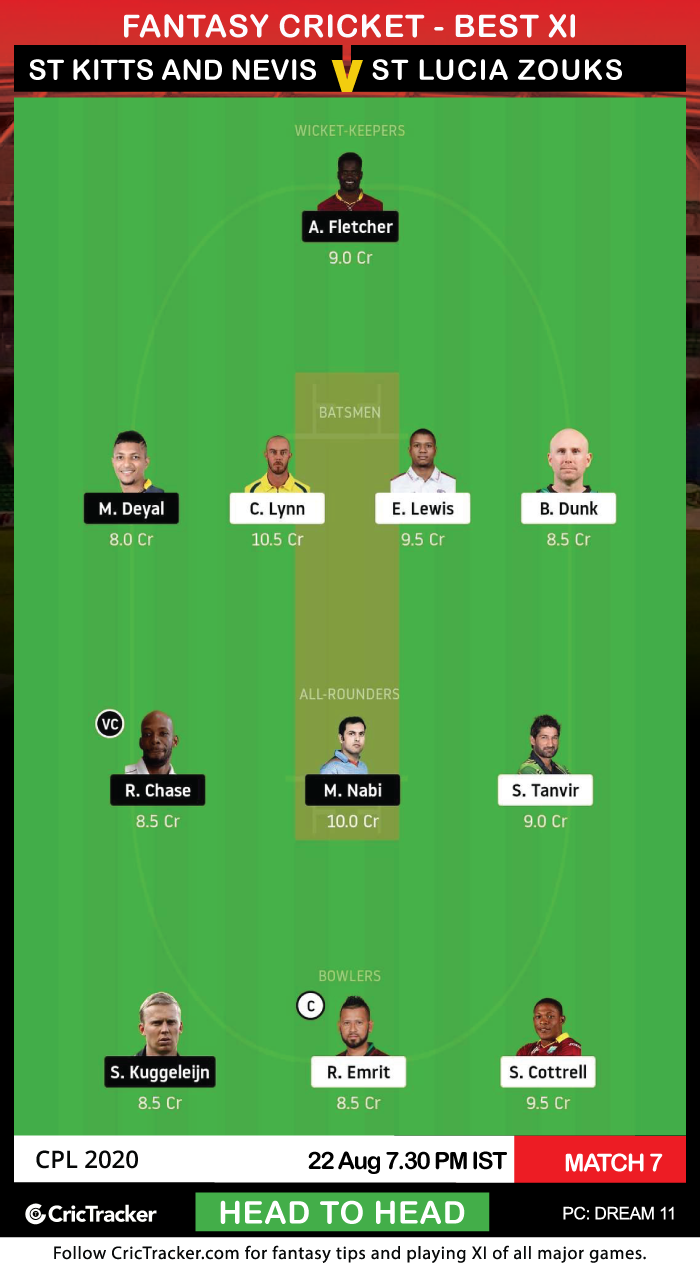 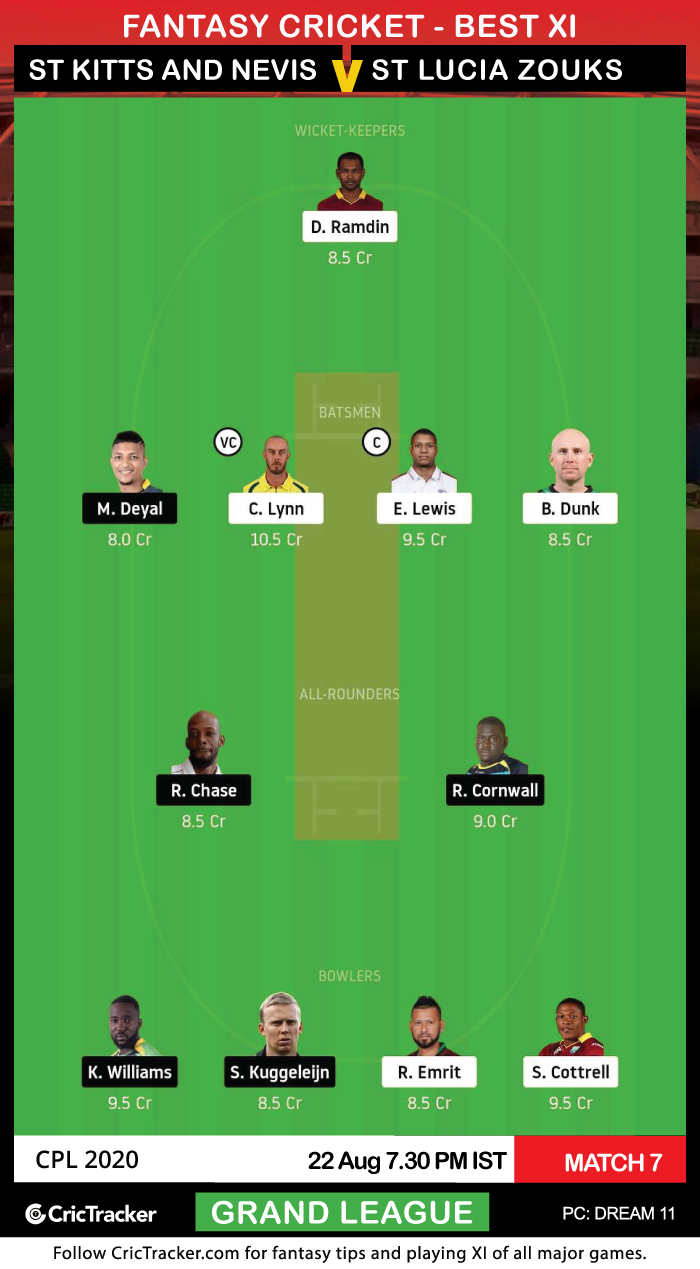 Both Chris Lynn and Evin Lewis are very risky picks as the multipliers. But if they get going, they can single-handedly earn a lot of Dream11 Fantasy points for you. If you don’t wish to take the risk, go for the likes of Rahkeem Cornwall, Ben Dunk or Andre Fletcher.

St Kitts and Nevis Patriots are expected to register their first win in the tournament.