Highveld Lions are expected to start their campaign with a win.

The Pool B match of the Momentum One Day Cup 2021 will be played between Cape Cobras and Highveld Lions at Senwes Park, Potchefstroom on Friday.

Cape Cobras and Highveld Lions are going to play their first match of the Momentum One Day Cup 2021. Cape Cobras didn’t have a good season in the previous edition as they finished last on the points table. So, they would look to start high on the note with a win in this game.

Highveld Lions on the other side, had finished at the 2nd spot by winning 6 out of their 10 matches they played. Both the teams coming to this match with short on on-field experience and playing conditions. So, they would come up with a balanced side to better each other in the upcoming game.

The weather is forecasted to be partly cloudy for this match with the temperatures ranging around 30 Degrees Celsius and there is no chance of precipitation.

The track at Senwes Park has been helpful to bowlers more than the batters. Moreover, team winning the toss will look to bat first on this pitch as chasing looks difficult at this venue.

284 (Out of the last two games played at this venue)

Temba Bavuma, George Linde, Rassie van der-Dussen, Beuran Hendricks, Wiaan Mulder, Dwaine Pretorius, Kagiso Rabada, Lutho Sipamla are not available for this game. They have been added in the Test series against Pakistan in Pakistan

Zubayr Hamza was the second highest run-getter of the previous edition, having scored 588 runs in 10 games. He will be a great pick for your fantasy team.

Pieter Malan was decent with the bat and scored 366 runs for his team in the previous edition.

Imran Manack picked up 13 wickets from his nine outings in the last season. Pick him in your team if he gets a chance to play.

Ryan Rickelton was the third highest run-scorer who has amassed 511 runs that at an average of around 52.

Tony de Zorzi played well in the previous season. He piled up 479 runs from his ten appearances.

The third leading wicket-taker of the last season, Aaron Phangiso bagged 17 scalps for his side. 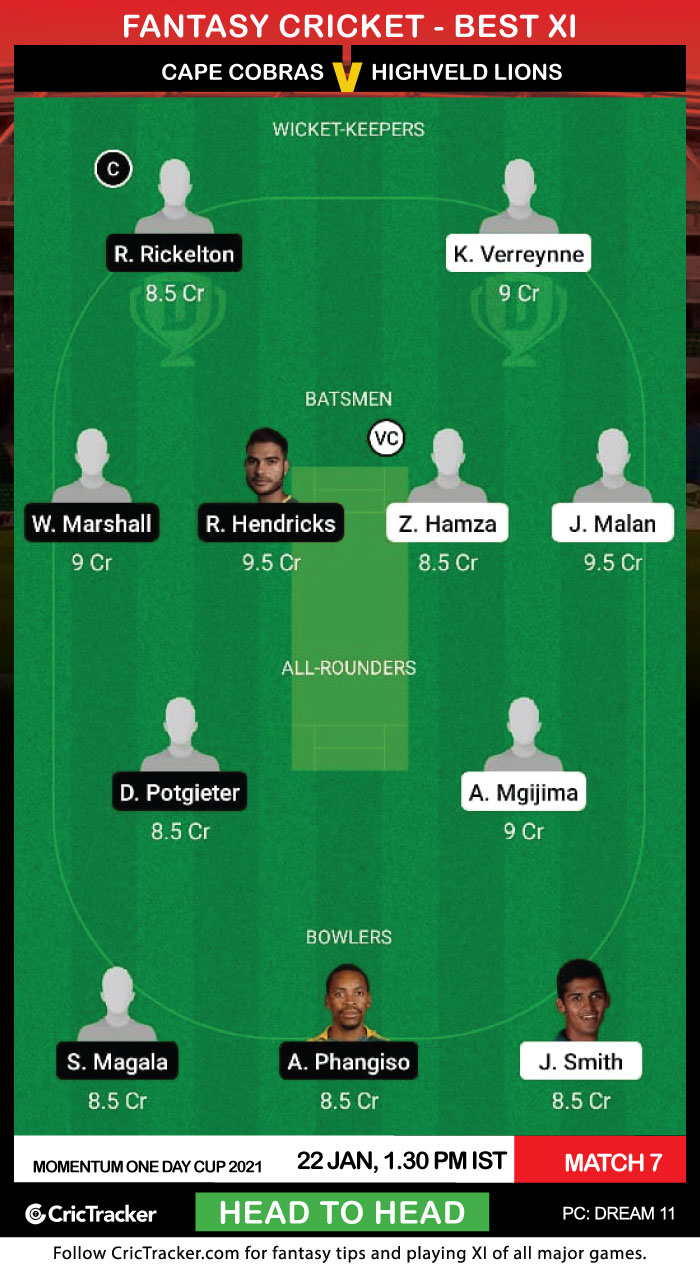 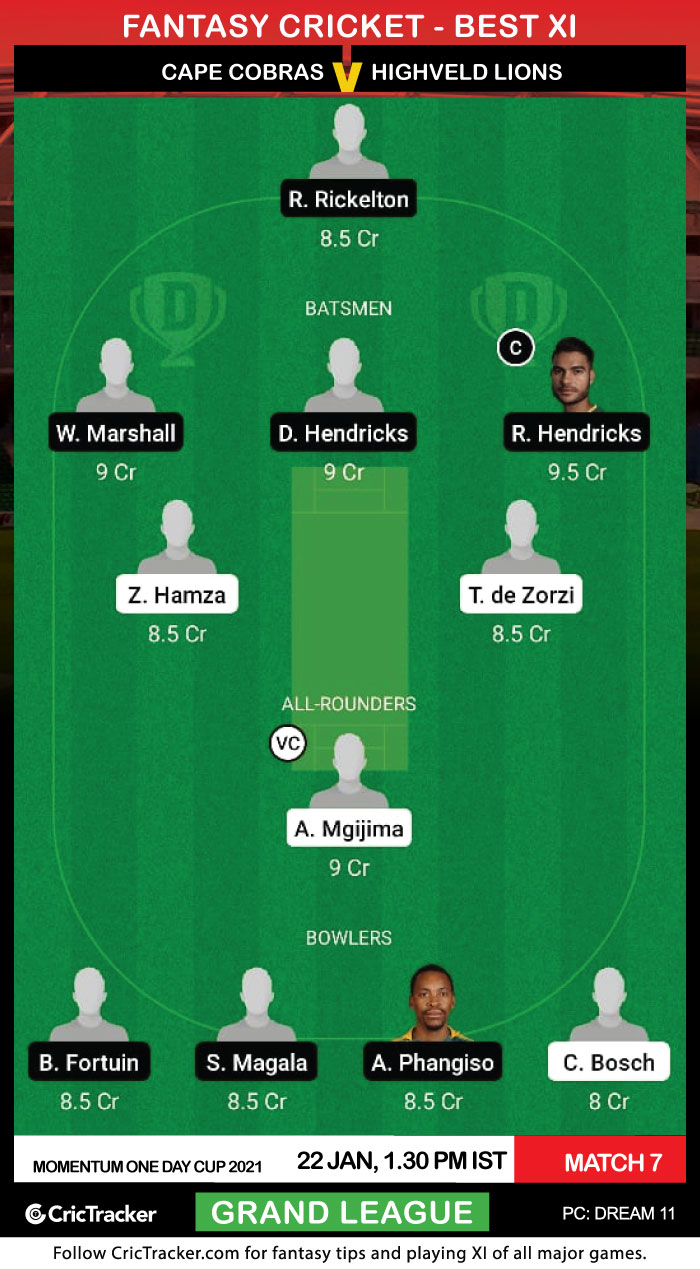 Aaron Phangiso will be a good choice for your Dream11 Fantasy team, as mentioned in the top picks section. He is selected by less than 15% of users at the time of writing and can be a great differential.