Charles and Alexander are good captaincy options in this match.

The 2nd Semi-Final of the St. Lucia T10 Blast will be played between Choiseul Clay Pots and South Castries Lions at the Darren Sammy National Cricket Stadium in St. Lucia on 13th May.

The match will start at 11:00 PM IST and it will be streamed live on Fan Code.

Choiseul Clay Pots will face-off against the South Castries Lions in the second semi-final of the ongoing St Lucia T10 Blast on Thursday evening. Both the teams started their campaign with a loss but have successfully made it to the knockout stage. They have won three matches on the trot on their way to the semis and will be looking to continue their winning run in this game as well.

Captaincy Picks for CCP vs SCL

Johnson Charles has experience of playing international cricket and is in great form in this tournament. He has scored 175 runs in four matches so far with two half-centuries. Charles has been amongst the runs in three consecutive matches and will be keen on making it big even in this game.

Audy Alexander has consistently contributed in every match for the Pots. He has amassed 104 runs in four matches and also picked five wickets including a three-wicket haul in the previous encounter. 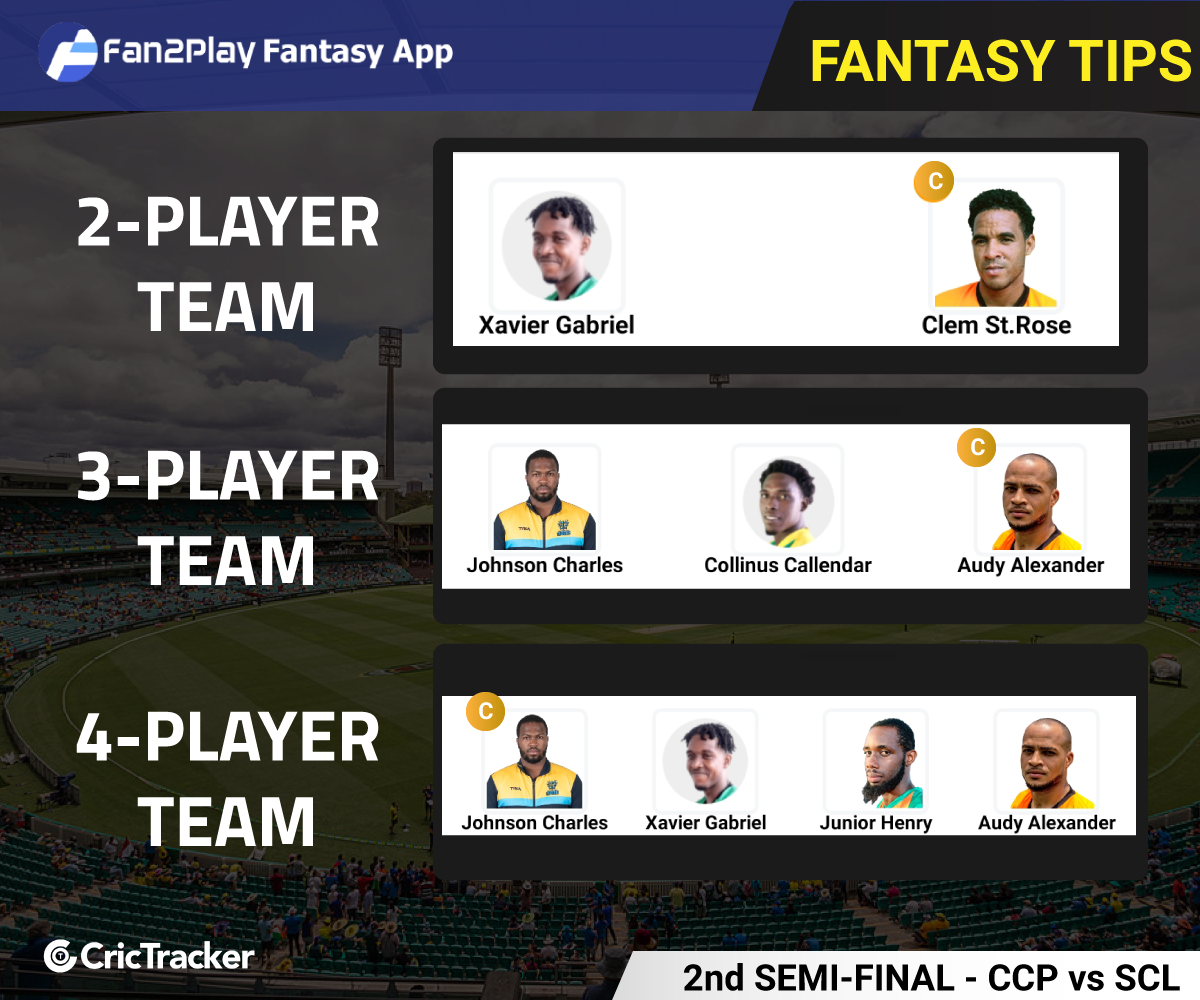 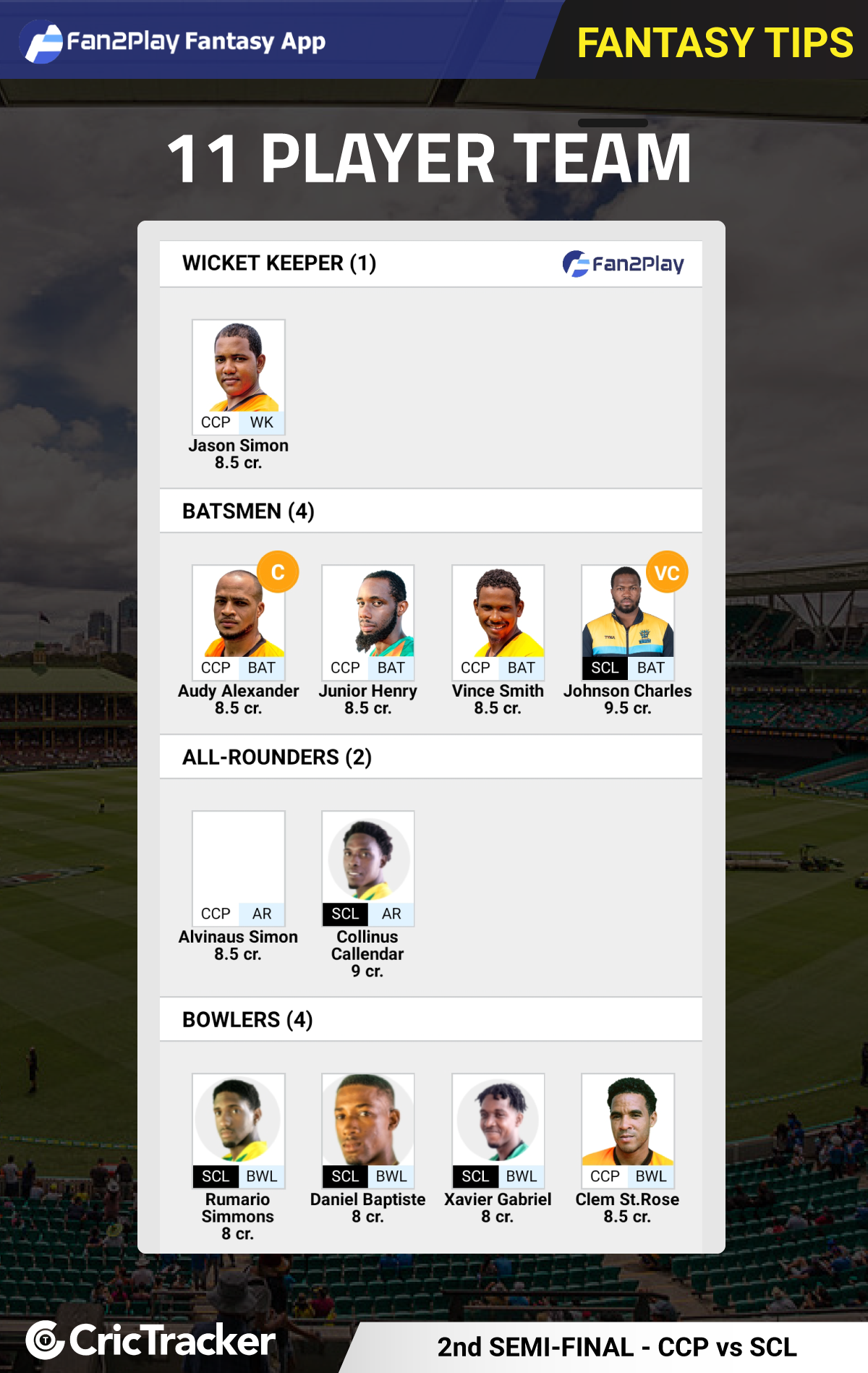