Central Districts Women are expected to start their campaign win a win over Auckland Women.

The second match of the Hallyburton Johnstone Shield 2020-21 will be played between the Central Districts Women and the Auckland Women at the Pukekura Park in New Plymouth.

Playing their first match of the tournament on the first day of the competition would be the Central Districts Women and the Auckland Women when they face off against each other on Saturday. Both these teams will be eyeing a win in this match, as it would give them a good head start in terms of points and they’ll also have momentum on their side, going further into the tournament.

The weather in the city of New Plymouth will be good for a cricket match, as the skies are expected to be partly cloudy with chances of rainfall being just 2 per cent. The temperature being around the 15 degree Celsius mark.

The pitch at this venue is relatively unknown, as the last match that was officially recorded was played way back in the year 1992. Hence, nothing much can be said about the conditions that will prevail. However, if the results of that match are anything to go by, the chasing team will be holding an upper hand over the team batting first.

312 (Last match played at this venue)

Bella Armstrong,in the last edition of the tournament, was the highest wicket-taker. She took 24 wickets in 11 matches while maintaining an economy rate of 3.93 runs per over.

Anlo van Deventer was in good touch with the bat and scored 110 runs in the 9 matches she played in the last season of the tournament.

Natalie Dodd was in blazing hot form in the past edition of the tournament where she scored as many as 385 runs in 9 matches at an average of 48.12.

Hannah Rowe will be wanting to make her mark with both the bat and the ball in this tournament and replicate her numbers from the last time around. She, in the previous season of the tournament, took 11 wickets and scored 228 runs in the 9 matches she played in.

Fran Jonas got only 6 matches to play in the tournament’s last edition, but she made the best of what she could. She scalped 7 wickets and maintained an economy of 3.81 runs per over. 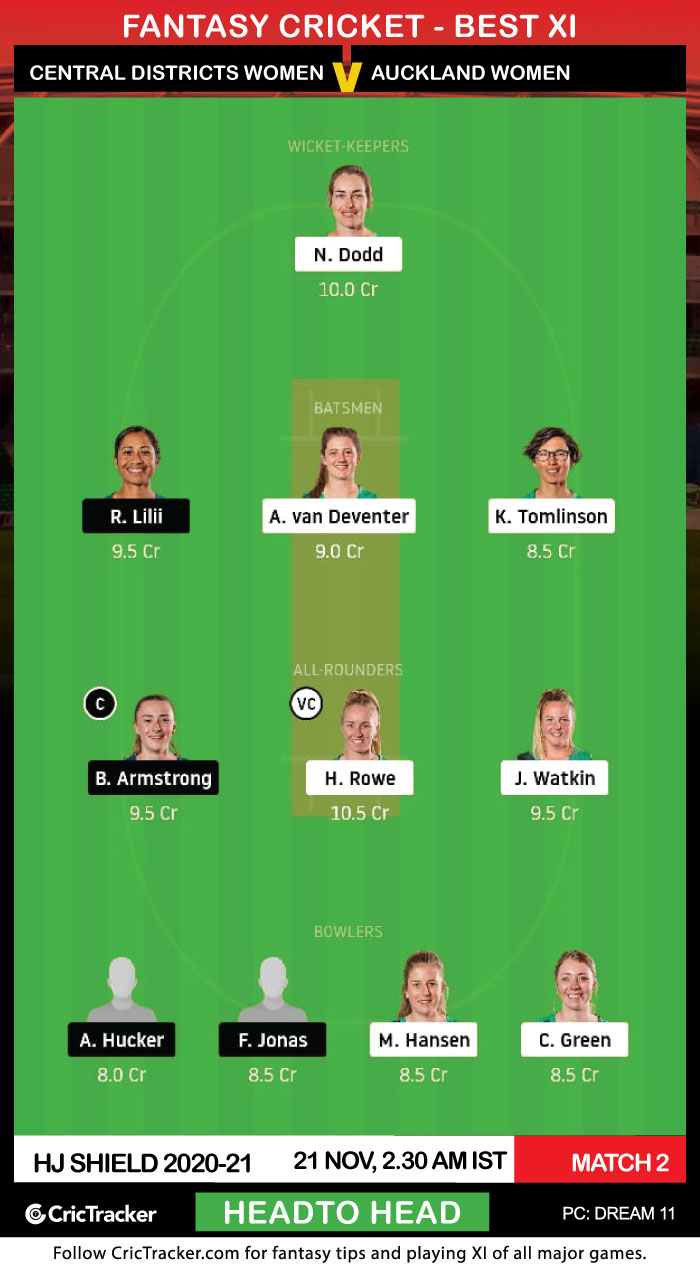 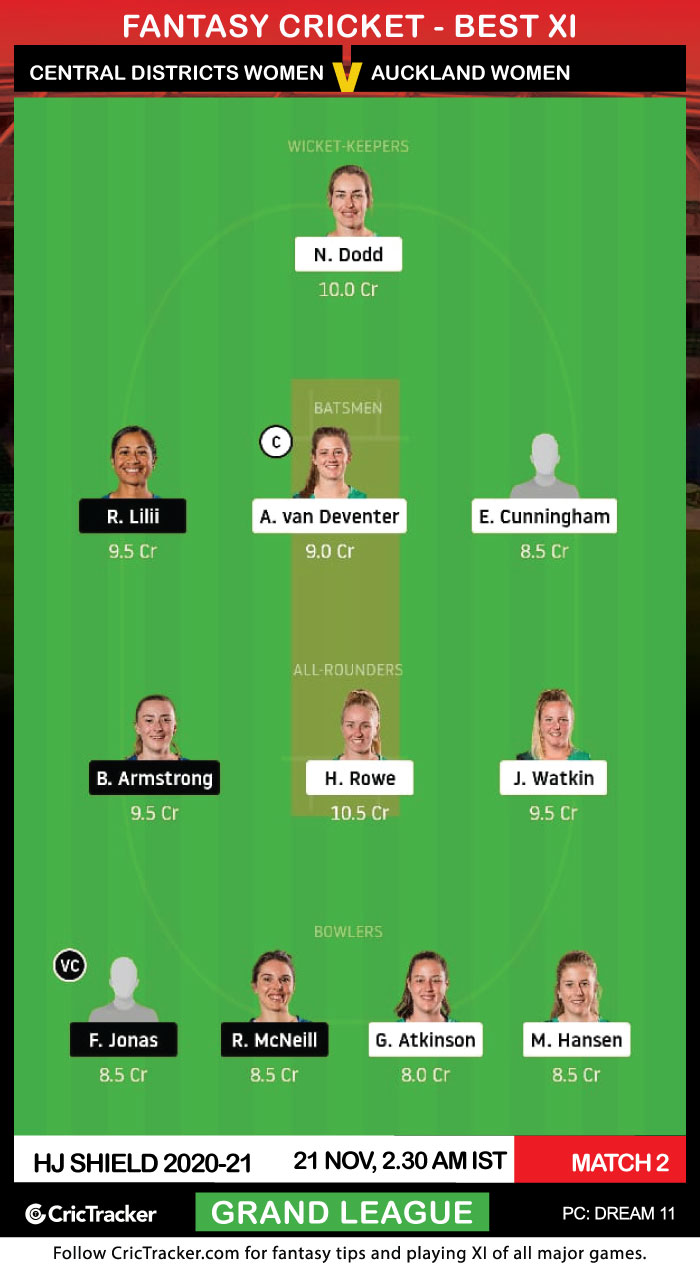 Since the players’ form is relatively unknown, it would be wise to spread out your points evenly among each section.