Central Districts Women are expected to do the double over Auckland Women.

The 5th match of the Hallyburton Johnstone Shield 2020-21 will be played between the Central Districts Women and the Auckland Women at the Pukekura Park in New Plymouth.

After having a cracker of a start to their run in this edition of the Hallyburton Johnstone Shield, Central Districts Women will be again facing off against the Auckland Women in what will be the second game of the tournament for both the sides. The previous match did not go well at all for the Auckland Women’s team.

The weather in New Plymouth on the day of the match is expected to be great for a cricket match. The skies will be partly cloudy with just 10 per cent chance of rainfall. The temperature will be around the 16 degree Celsius mark.

The pitch at this venue is expected to be bowler-friendly, with the batters getting only a slight bit of help from the track. The pacers will enjoy more purchase over than the spinners.

49 (The last match of the tournament played at this venue)

Claudia Green is looking in great touch with the ball, as in the first match, she took 4 wickets while maintaining an economy rate of 2.5 runs per over.

Monique Rees was also in good form with the ball, as she took 3 wickets and also was stringent in giving away runs. Her economy rate in the match was 3.8 runs per over,

Jess Watkin performed decently with both the bat and the ball in the first match of her team in the tournament. She scored 22 runs at a strike rate of 200 and also took 1 wicket in that match.

Jesse Prasad was not able to do much with the bat, but covered it up by taking 2 wickets in the opening game of the tournament. 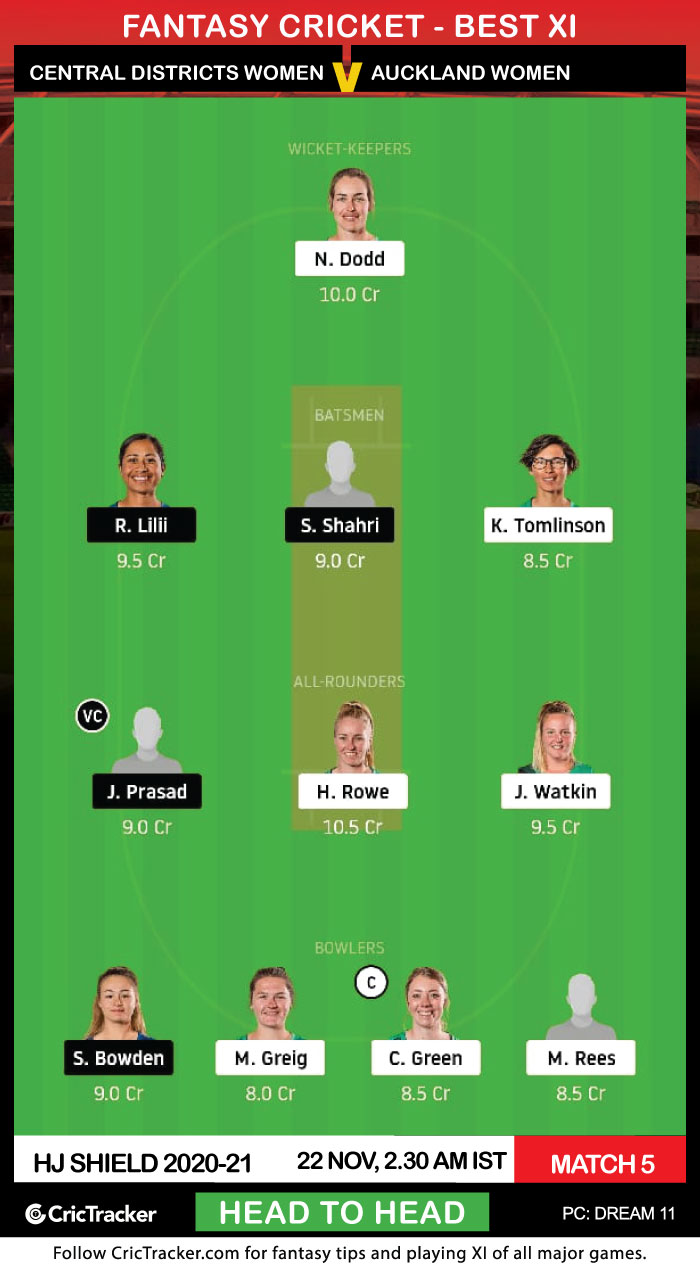 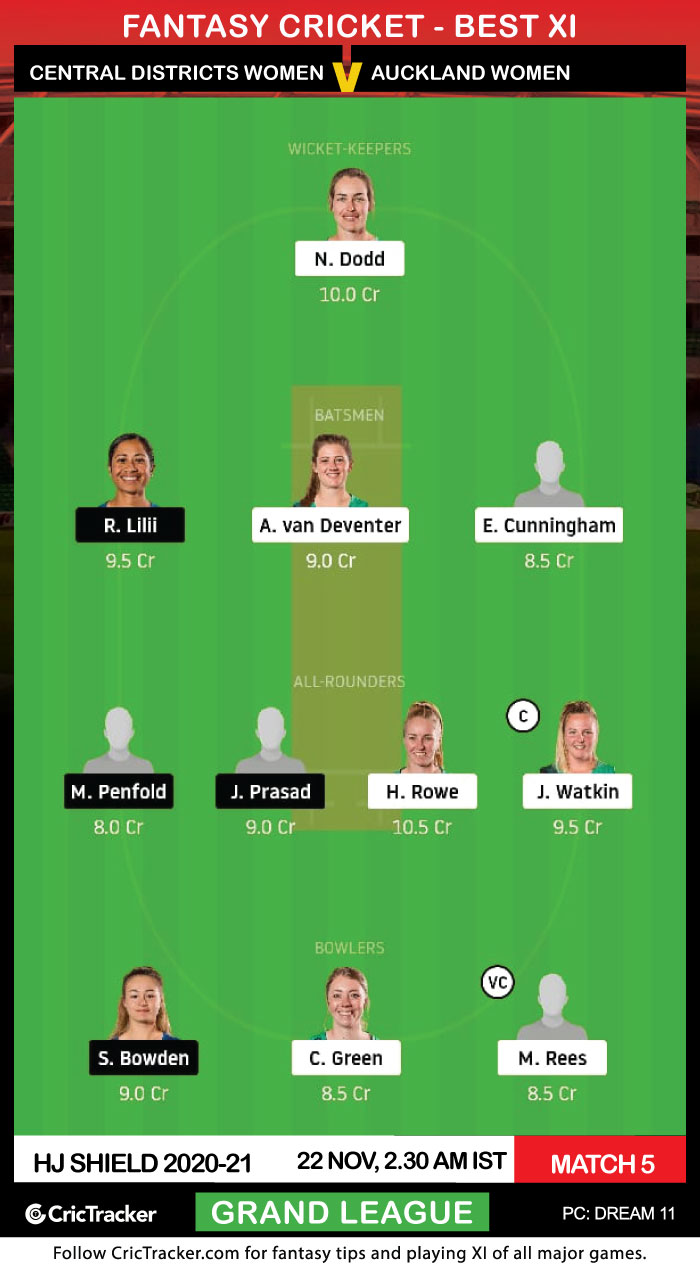 For this match, you can include either 4 bowlers or 4 all-rounders in your team. As the 4th bowler, it is advisable to include Mikaela Grieg. If you are opting for the 4th all-rounder, Molly Penfold can be a good option.