Felicity Leydon-Davis is coming into this tournament on the back of a decent performance in the previous edition where she averaged 23.25 with the bat and got 4 wickets to her name.

The 5th match of the Women’s Super Smash T20 will be played between Central Hinds and Northern Spirit at Pukekura Park, New Plymouth.

Central Hinds and Northern Spirit will play against each other in the 5th match of the Women’s Super Smash T20 on Wednesday. Having lost their first match terribly against Wellington Blaze, Central Hinds will be hungry to register their first win against Northern Spirit. Batting collapse was the reason for their defeat in their first match and since it’s an early days in the tournament they will look forward to regrouping themselves and bounce back in the upcoming matches.

On the other hand, Northern Spirit are ready to tackle Central Hinds in their opening game of the tournament. They finished 5th in the previous T20 competition held so they would want to prove themselves what they are capable of by performing better compared to last season. They have star players Felicity Leydon-Davis and Kate Anderson who have done a good job in the previous edition.

It’s going to be sunny in New Plymouth with the temperature ranging between 17 and 20 degrees Celsius and the humidity level is at 70 percent. There is no chance of precipitation for this match.

It’s purely a batting track and we can expect a run-fest in this match. The team batting first has a good track record of winning matches on this venue while it will get difficult to chase on this venue. Batting first is a better option on this wicket.

Natalie Dodd was the highest scorer for Central Hinds against Wellington Blaze, scoring 20 runs at a strike rate of 74.1.

Melissa Hansen remained not out on 9 runs from 7 balls against Wellington Blaze. She even picked up one wicket by conceding 7 runs in an over. 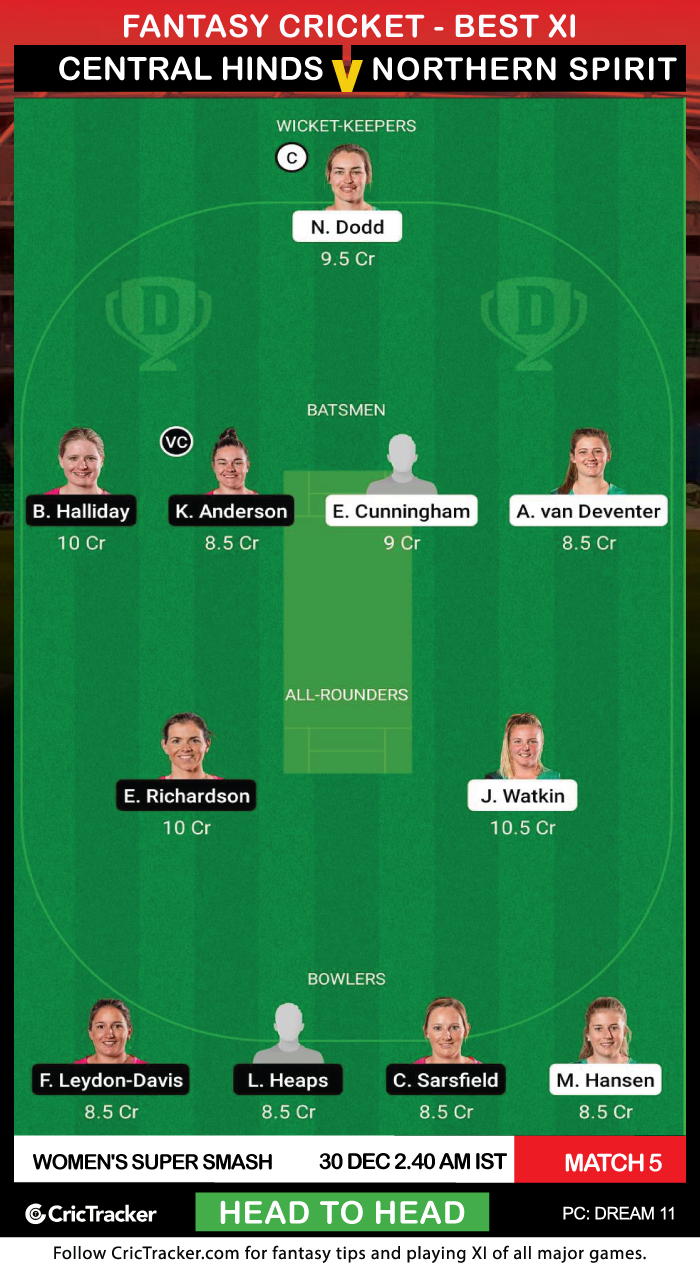 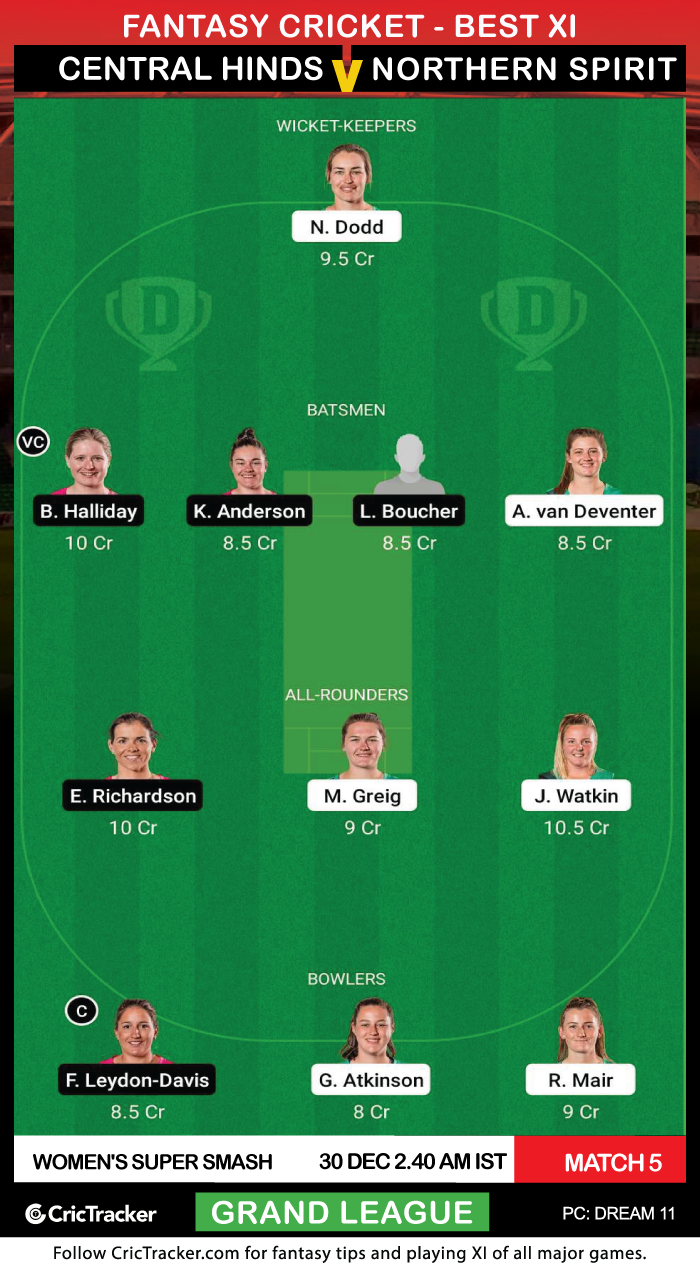 Felicity Leydon-Davis is coming into this tournament on the back of a decent performance in the previous edition where she averaged 23.25 with the bat and got 4 wickets to her name. She is a suitable choice to lead your Dream11 fantasy team.

Northern Spirit Women are expected to win this match.