Heading into this match both the teams will look forward to getting the winning momentum.

Chennai Braves and Northern Warriors will face each other in the Match 14 of the UAE T20 League 2021. The former has had a dismaying outing in the tournament until now. The team has lost all their four matches in the league so far. The Dasun Shanaka led side will be aiming to get to the winning ways in the marquee event.

Whereas Northern Warriors has also had a similar fortune in the tournament. They have also faced defeat in all their four matches in the tournament so far. Heading into this match they will look forward to getting the winning momentum.

The pitch is expected to be inclined towards the batters. The bowlers might need to maintain tight lines and lengths in order to scalp wickets on this deck.

Probable Playing XIs for CHE vs NOR:

Top Picks for CHE vs NOR 11Wickets Fantasy Cricket

Bhanuka Rajapaksa has been exceptional for the team so far. From four games, he has chipped in 128 runs so far. He can be a good player to bank on for this match.

Angelo Perera has scored 118 runs in the tournament so far. He will be determined to perform for the side.

A lot of hopes will be pinned on captain Rovman Powell to perform for the side. From four matches. He has scored 154 runs. He can be a good pick for this match.

Suggested Playing XI No.1 for CHE vs NOR 11Wickets Fantasy Cricket 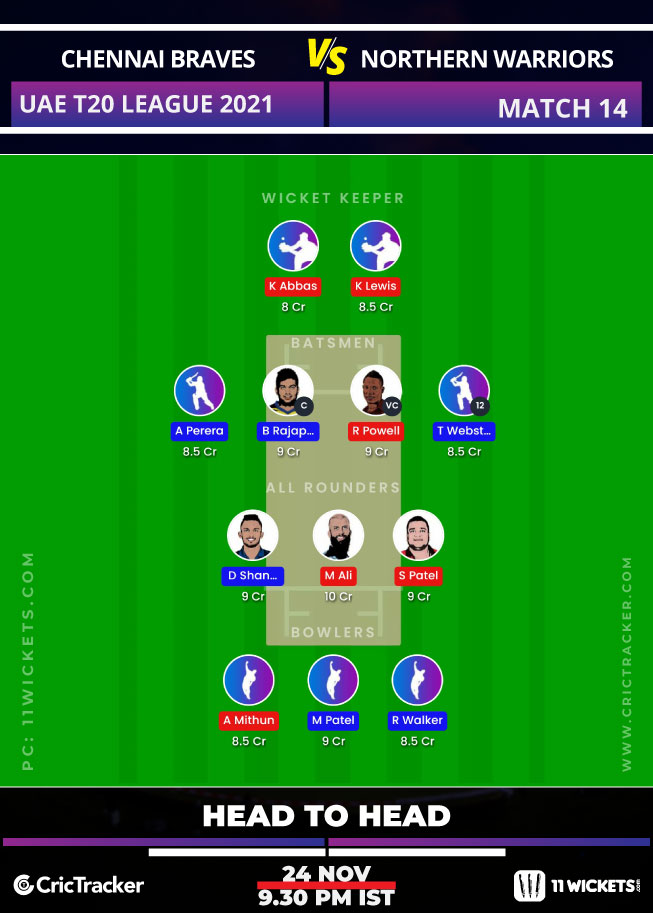 Suggested Playing XI No.2 for CHE vs NOR 11Wickets Fantasy Cricket 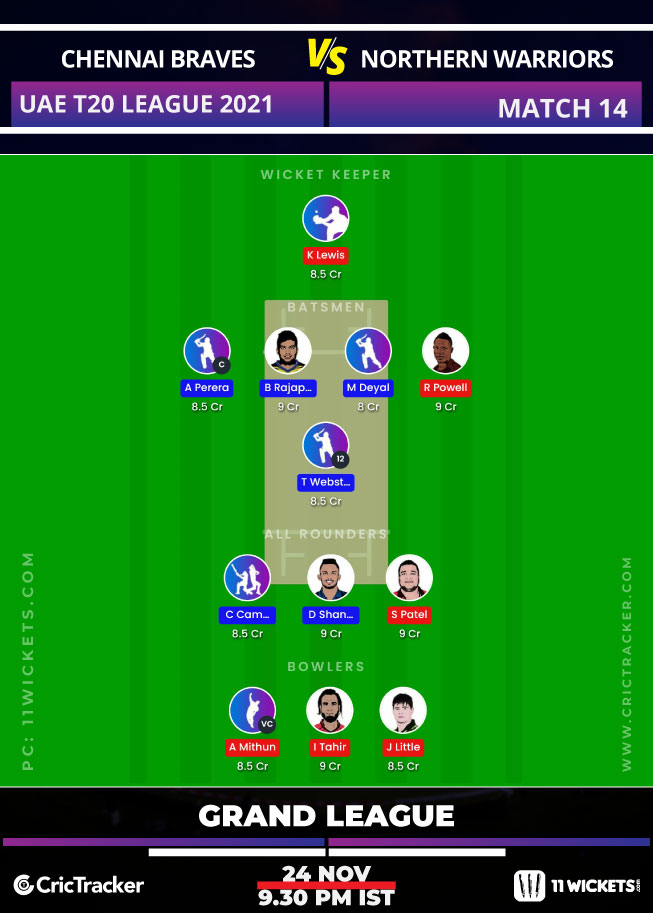