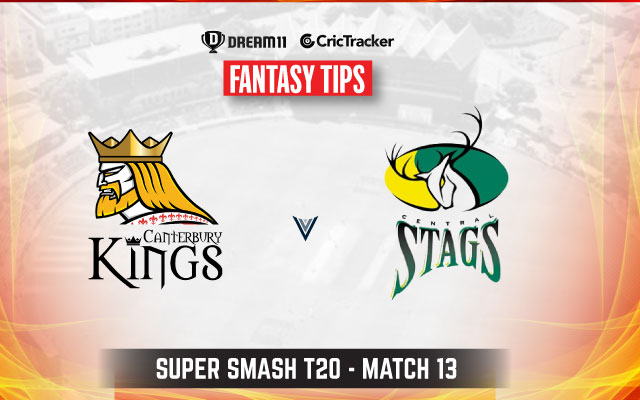 The 13th match of the Super Smash 2020-21 will be played between the Canterbury Kings and Central Stags at the Hagley Oval, Christchurch.

The Canterbury Kings will take on the Central Stags in Christchurch. This is the first game in Christchurch this season and it will be interesting to see what XIs these sides pick for this game. Canterbury will only be playing their third game of the season. They have won their first two games and are looking set for another victory.

Central Stags, on the other hand, have played five games, the most this season so far. They have won three and lost two matches. Their squad was boosted with the return of Will Young and Ross Taylor and they now look a much more formidable side. It should be an interesting game of cricket between the two sides.

It will be a partly cloudy day in Christchurch but the skies will be clear in the evening. The temperature will be around 19 degrees Celsius.

It is a balanced track at the Hagley Oval. The spinners will get a bit of grip and turn from the surface in the second innings. Since it’s not a high scoring ground, teams would be looking to chase.

George Walker is the leading run-scorer with 306 runs to his name. He scored 106 off just 58 balls in the previous game.

Will Young scored a cracking 50 of just 25 balls in his return game for the Central Stags.

Doug Bracewell has been good with both bat and ball. He has scored 85 runs at a strike rate fo 173.46 and has picked up 4 wickets as well.

Chad Bowes has mustered 111 runs in 2 innings getting out only once while maintaining a strike rate of 179.03. 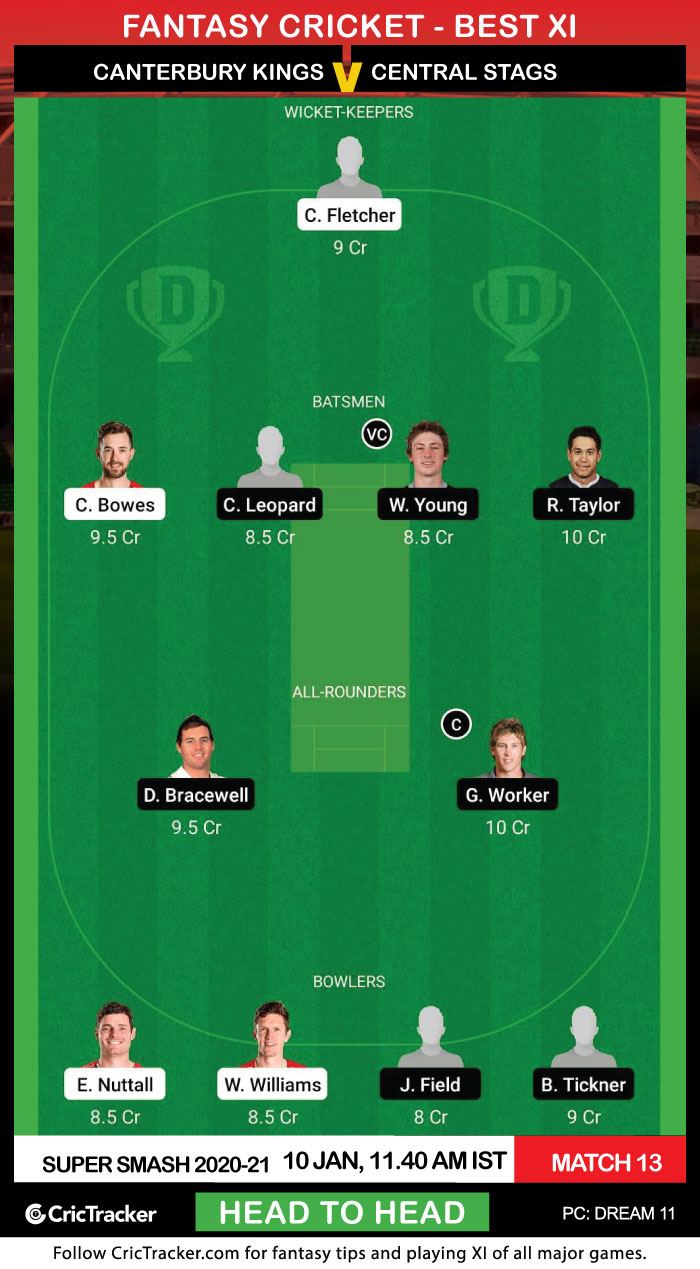 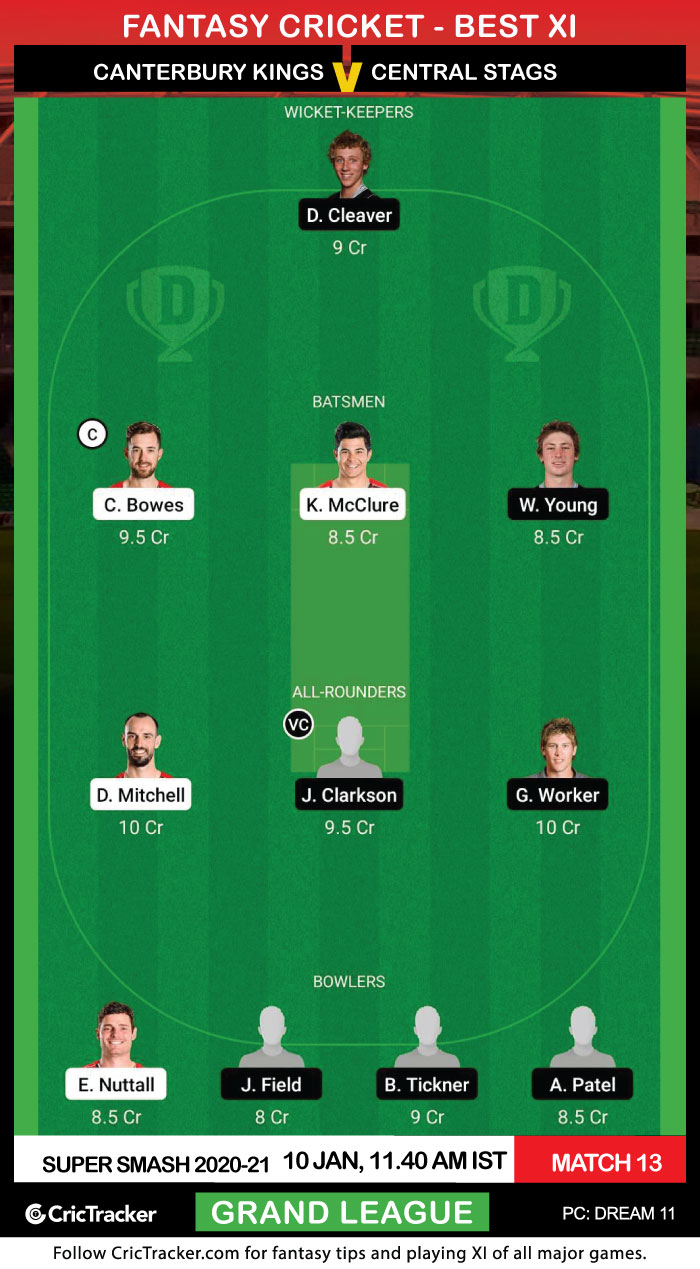 With the kind of form George Walker is in, he should be the Captain of your Dream 11 Fantasy team.