Omer Zahid is a good captaincy option for these matches.

Cobra Cricket Club and Blinders Blizzards will clash in the 7th and 8th match of ECS Hungary T10 2021. Both matches will be played at the GB Oval in Szodliget on Tuesday (June 29).

While the first match starts at 4:30 PM IST, the second clash will commence at 6:30 PM IST. Both clashes will be live streamed on the FanCode app.

Having lost their first two games, Blinders Blizzards have made a terrible start to their campaign. They put up some sort of fight in the first game but Budapest Blinders even walked away with a 19-run win. However, the Blizzards don’t have much to take away from their second outings as they suffered a humiliating eight-wicket loss. Hence, they would be determined to open their account in the team standings.

Meanwhile, last season’s runners-up, Cobra Cricket Club will kick-start their campaign in ECS Hungary T10 with these fixtures. They will be raring to make a winning start after their close defeat to Royal Tigers in the grand finale last year. Hence, Blinders Blizzards have a job in hand and it would be interesting to see how they tackle this challenge.

Captaincy Picks for COB vs BLB

Although Blinders Blizzards’ previous outings this season weren’t fruitful, one of their bowlers impressed one and all. Omer Zahid has bowled spectacularly in the tournament and the Cobra side must beware of him. Zahid has a happy knack of taking regular wickets and containing batsmen isn’t beyond his reach either. So far, he has scalped five wickets in two games at a sensational economy rate of 4.50.

Chauhan is another player who can shine in this contest. The Blinders Blizzards captain can go after the bowlers straight away and his wide range of shots can trouble the best of bowlers. Sachin got starts in his previous games and would like to play an impact knock in these fixtures. Not to forget, he’s also a wicket-keeper and can also contribute with his glovework. 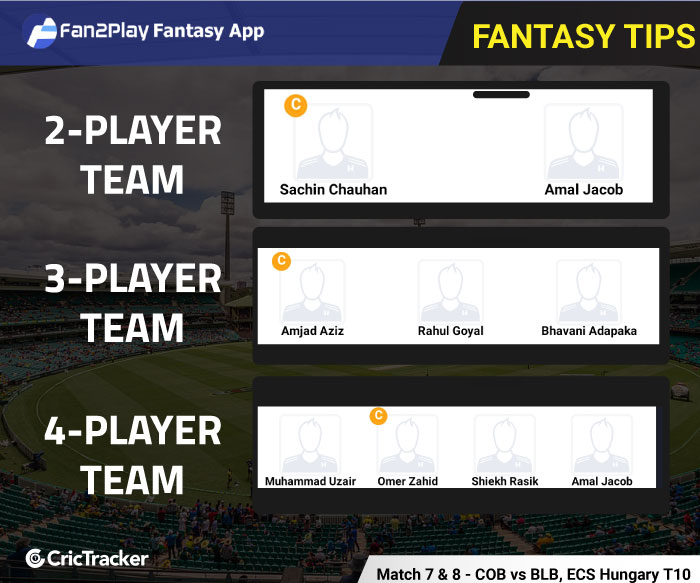 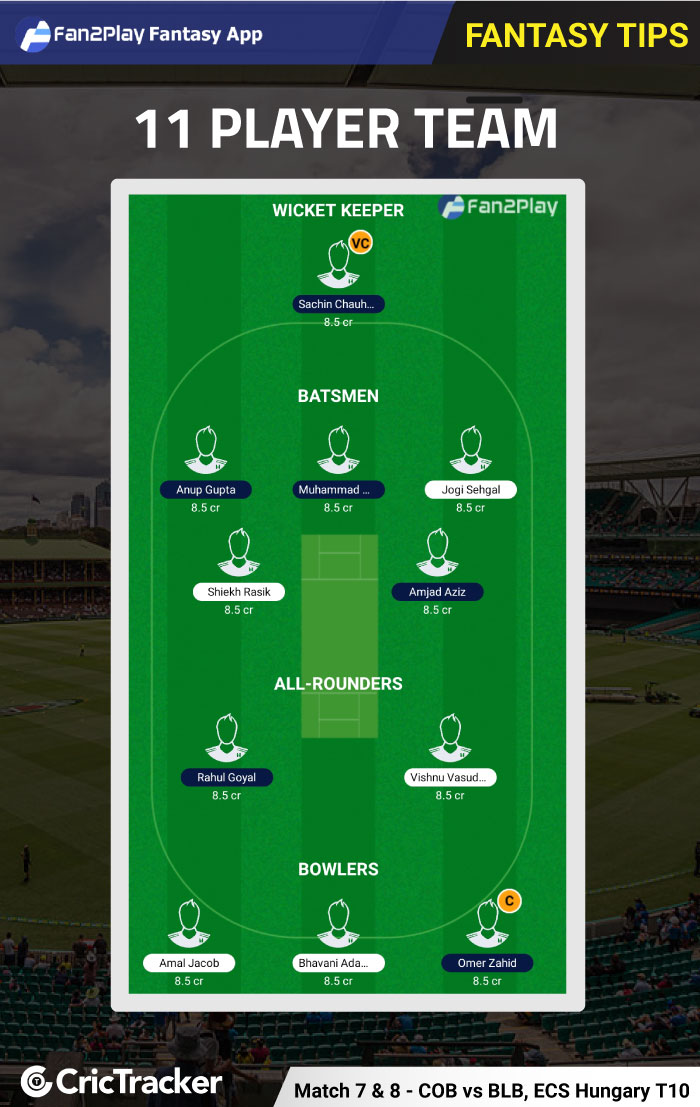