Zeeshan Khan is an excellent captaincy option for this clash.

The Cobra Cricket Club will be up against the Royal Strikers in matches 17 and 18 of the ECS Hungary T10 tournament. Both these matches will take place at the GB Oval in Szodliget on Friday (July 2).

Royal Strikers have been pretty impressive this season, and they would like to continue their winning run. After defeating United Csalad by 44 runs in their first fixture, the Strikers suffered a 33-run defeat in their second clash. Nevertheless, they went back to winning ways and thrashed Blinders Blizzards in their next two games. They are currently second in the points table.

On the other hand, Cobra Cricket Club have blown hot and cold this season. They suffered a narrow one-run defeat against Blinders Blizzards in their opening clash. However, they bounced back and defeated the same opposition by seven wickets in their next game. Continuing their win run, they emerged victorious in their third outing before losing to Budapest Blinders by 10 wickets in the following fixture.

Captaincy Picks for COB vs ROT

The Royal Tigers dasher has been on a roll this season and has played some spectacular knocks. He can go after the bowlers from the outset, and his knack of staying in the middle for long makes him even more lethal. So far, Zeeshan has mustered 126 runs in four games at a sensational strike rate of 193.84.

Another player who can shine in this contest is Sheikh Rasik of Cobra Cricket Club.  The swashbuckler doesn’t like to waste too much time as see the ball, hit the ball has been in policy. He has so far piled up 111 runs in four games this season with the strike rate being over 200. Hence, the Strikers must beware of Rasik’s prowess. 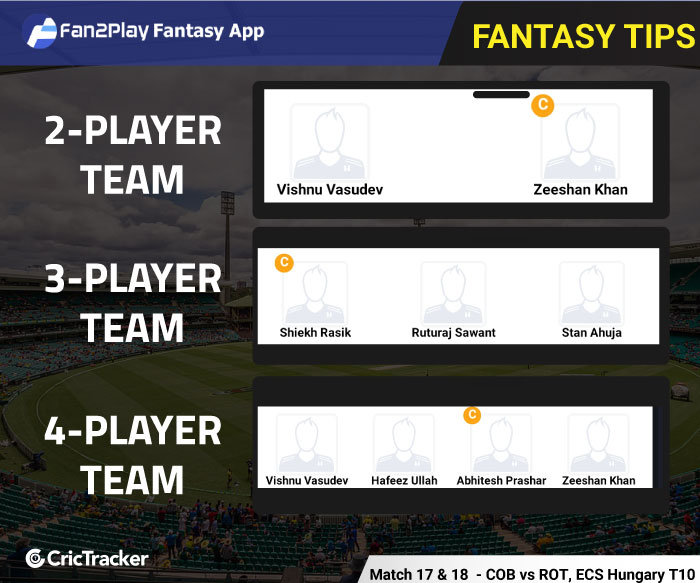 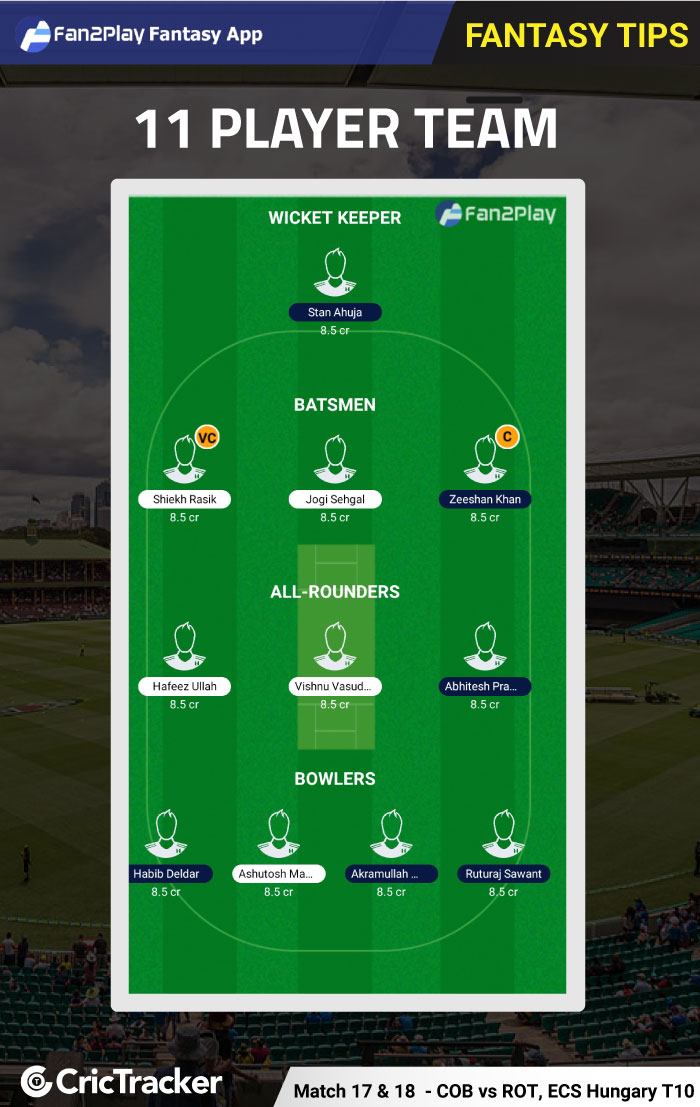